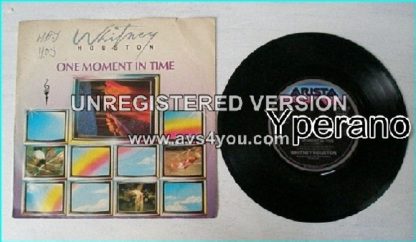 The track is an anthem for believing in yourself against all odds as Houston asks for “One moment in time/when I’m racing with destiny/Then, in that one moment of time, I will feel eternity.”Produced by Narada Michael Walden for the 1988 Summer Olympics held in Seoul, South Korea. The song was Houston’s third number one in the UK Singles Chart, and reached number five on the US Billboard Hot 100.

Be the first to review “Whitney HOUSTON: One moment in time 7″ Check video” Cancel reply 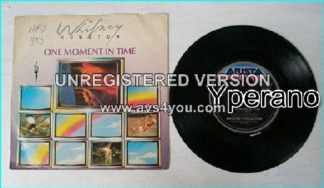 You're viewing: Whitney HOUSTON: One moment in time 7″ Check video € 0.72
Add to basket