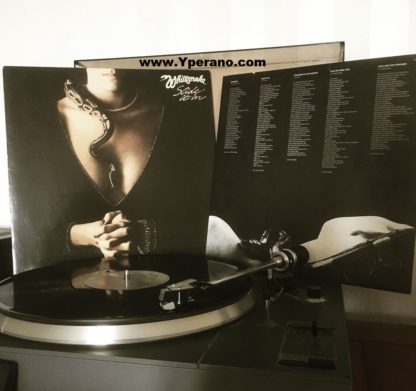 why you should buy this version of the album, the UK 1984 original version:

David Coverdale is an English rock vocalist and he was already famous for his work with the English hard rock band Deep Purple. He then formed Whitesnake and during the late seventies and early eighties, with ever changing line-ups, recorded a series of well-received bluesy Hard Rock albums. With ex-Deep Purple founders Jon Lord followed by Ian Paice joining in 1979, Whitesnake worked hard to become international superstars.

Slide It In is the seventh studio album by British hard rock band Whitesnake, released in 1984.
It was the first Whitesnake album to be released in the United States, but was remixed for the release there. Because of this, two different editions of the album exist, each with its own unique qualities. In 1988 the album re-entered the charts due to the success of 1987(Whitesnake in America), peaking at #99. 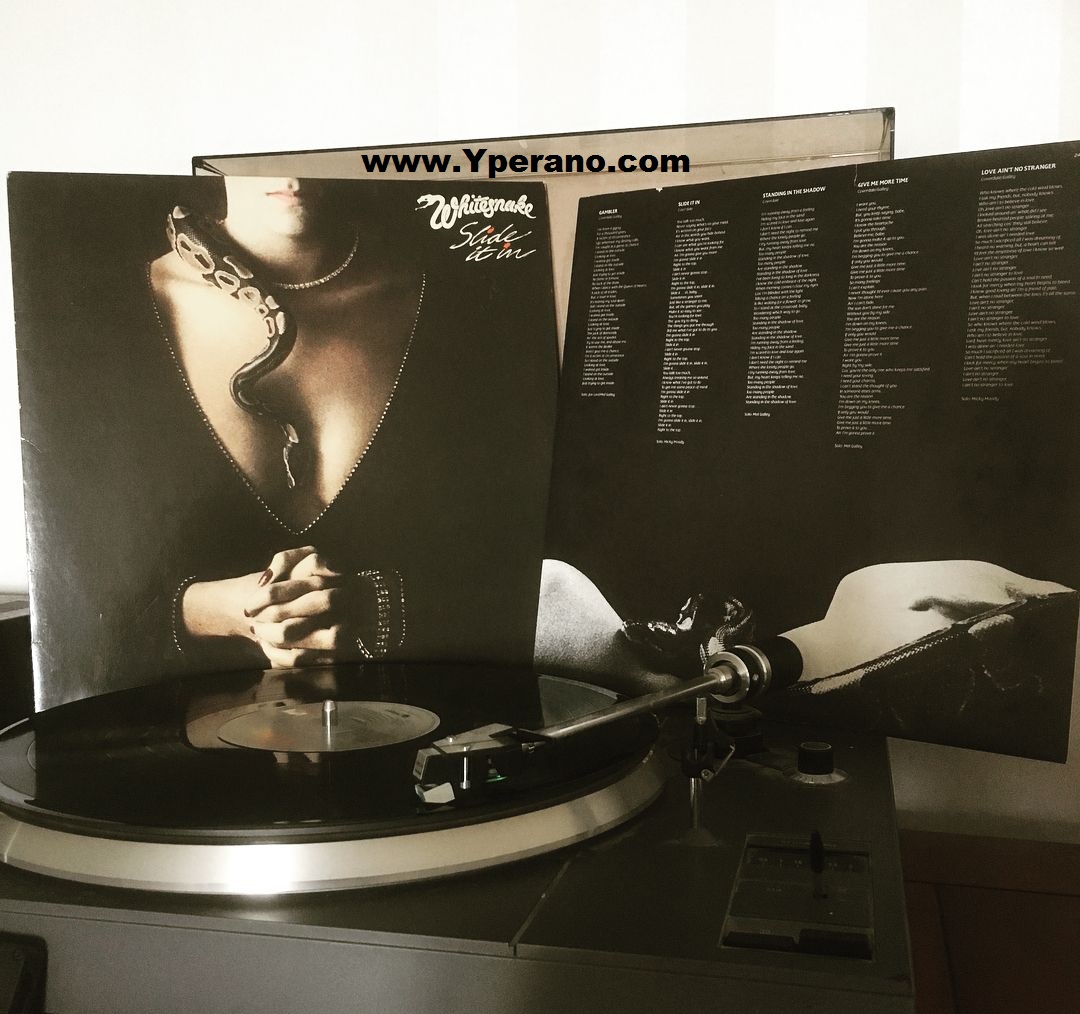 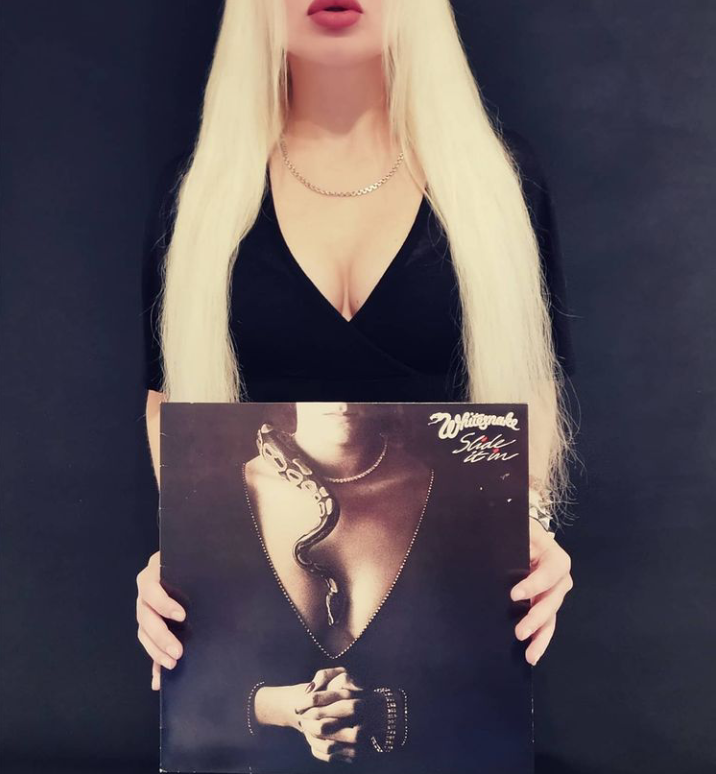 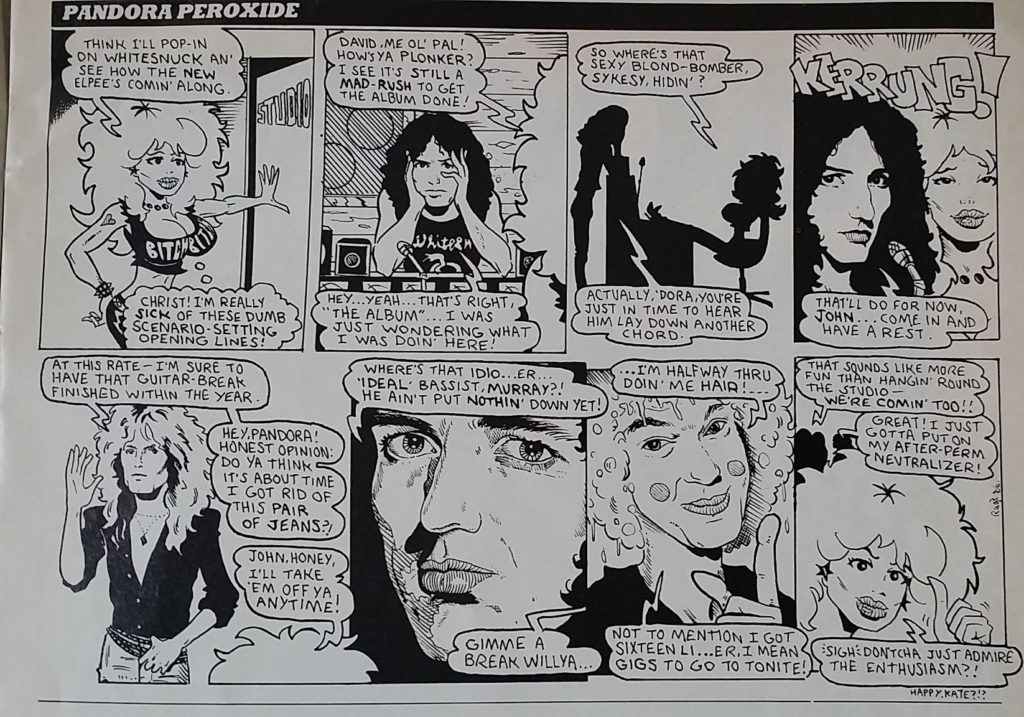 Every Whitesnake album was just another trip to the bone yard with good olâ David Coverdale guiding the tour. Slide It In was no different; it was a fresh round of dong songs from the horny, leather-faced Englishman. Hedonistic song titles include Slide It In, Spit It Out, and Tweeze My Pubes. (Okay, I made one of those up, but you get the idea.)
There are actually two distinct versions of Slide It In. The original mix was released in the United Kingdom. The U.S. version was remixed with a beefier sound. Additionally, guitar mercenary John Sykes (ex-Tygers Of Pan Tang, ex-Thin Lizzy, and future Blue Murder) recorded additional guitar parts to replace some (or all?) of the guitar tracks recorded by Mick Moody on the original U.K. mix. There were other differences, too, including track order.
With Slide It In, Whitesnake bid adieu to their saloon-like rhythm and blues sound in favor of a harder, metallic edge (which was the more commercially viable trend of the day). The album opens with three tracks that are absolute aces; Slide It In, Slow Anâ Easy, and Love Ainât No Stranger. Incredible gems they be! I still consider Slide It In an essential album thanks to these three MONSTER tunes. Lucky for me, there are a few more high quality tracks to be found like Guilty Of Love and Give Me More Time.
The album cover is kind of cool, ain’t it? Looks like that snake is about to go motorboatin. Seems odd they didn’t use an actual white snake though, doesn’t it? Slide It In reached gold status in the United States in 1986, and eventually it reached double platinum (certified in 1992). Many a fan picked up Slide It In in the wake of the smash success of Whitesnake’s self-titled album from 1987. 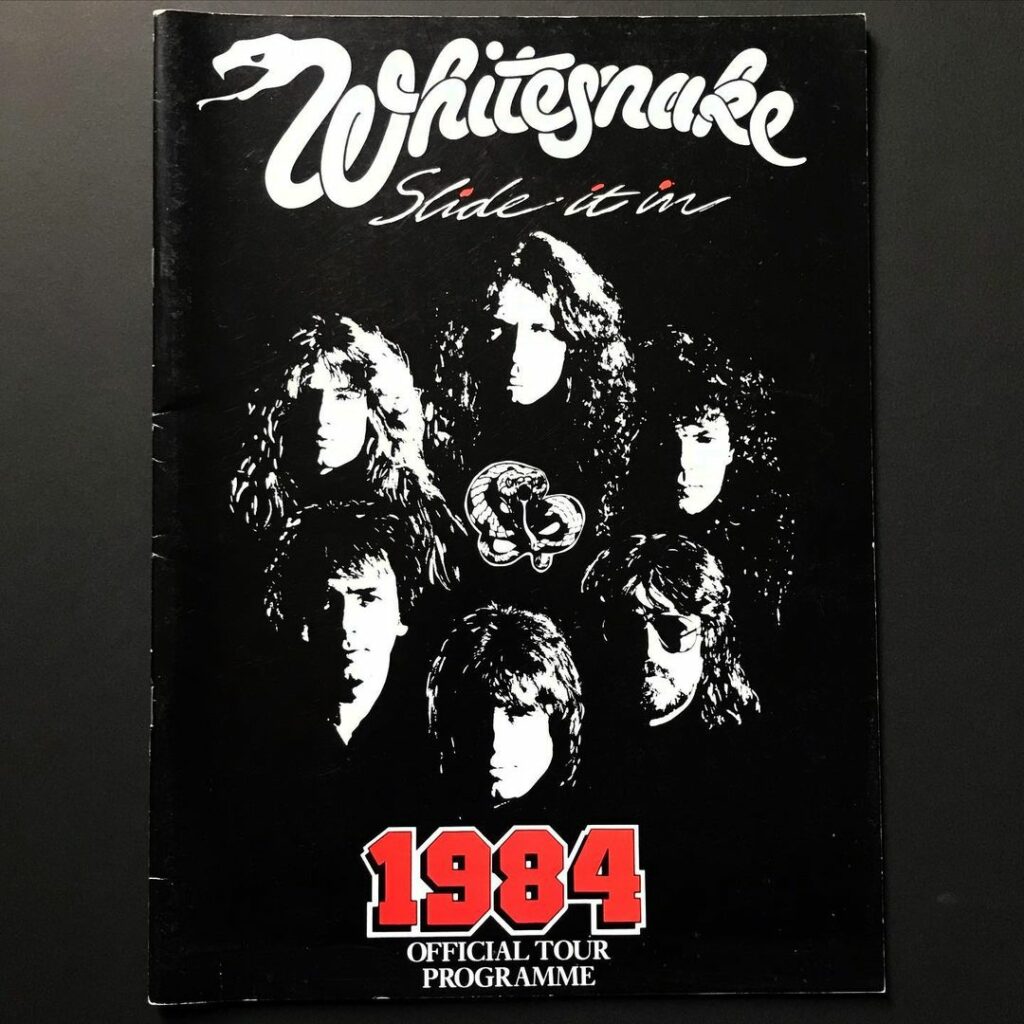 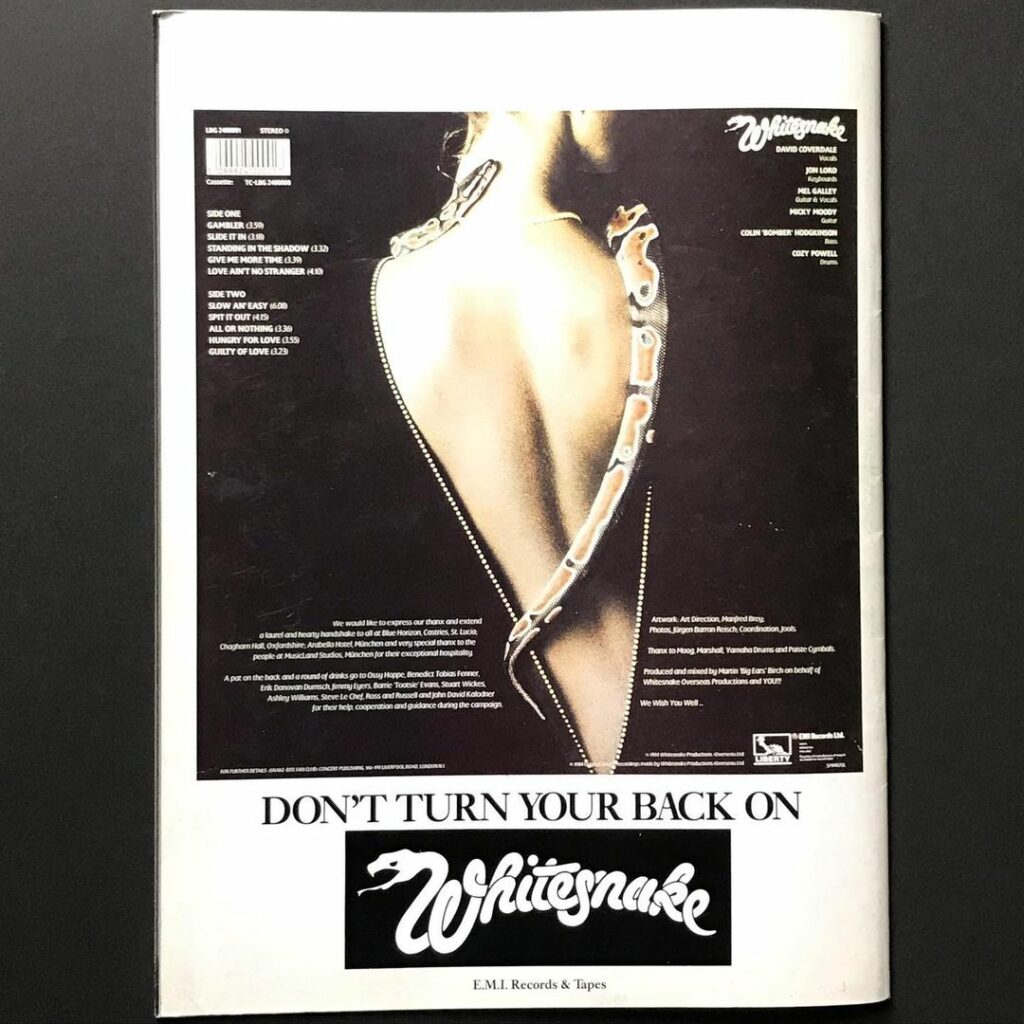 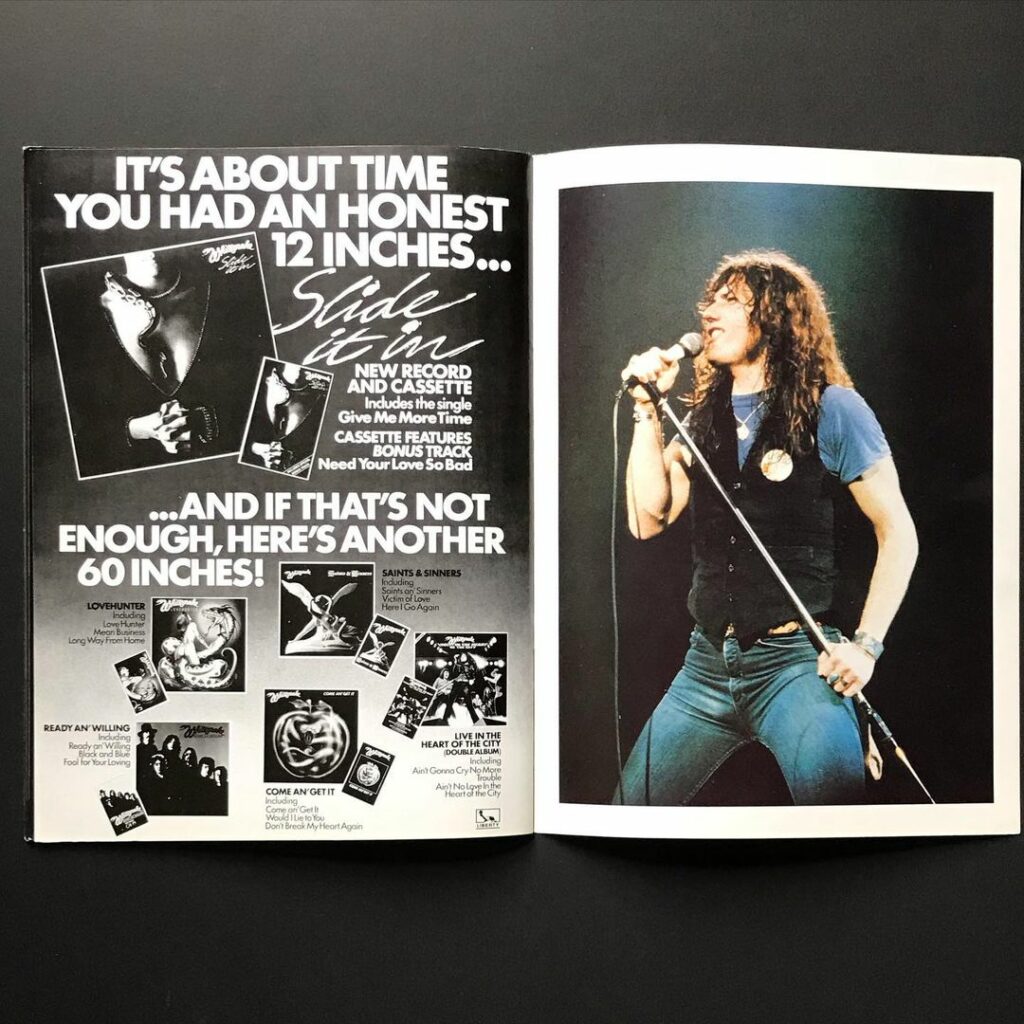 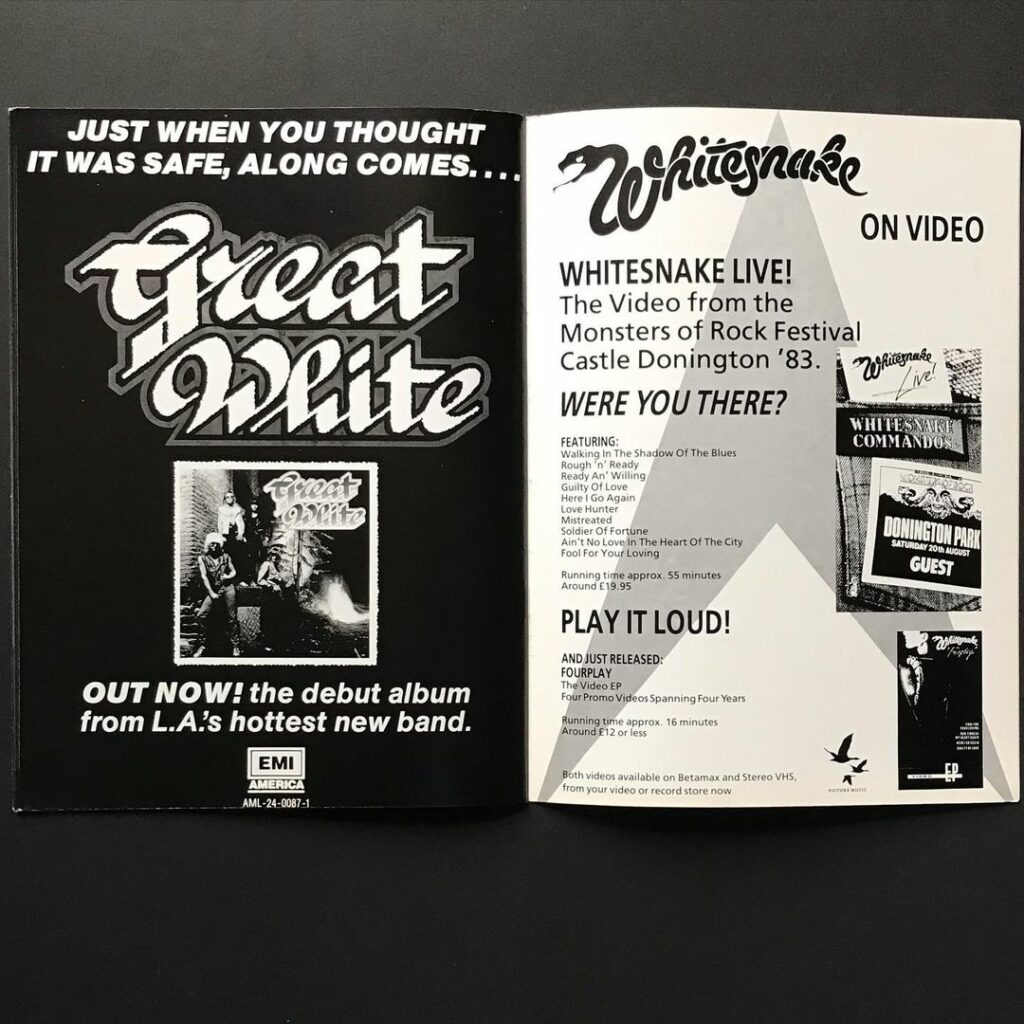 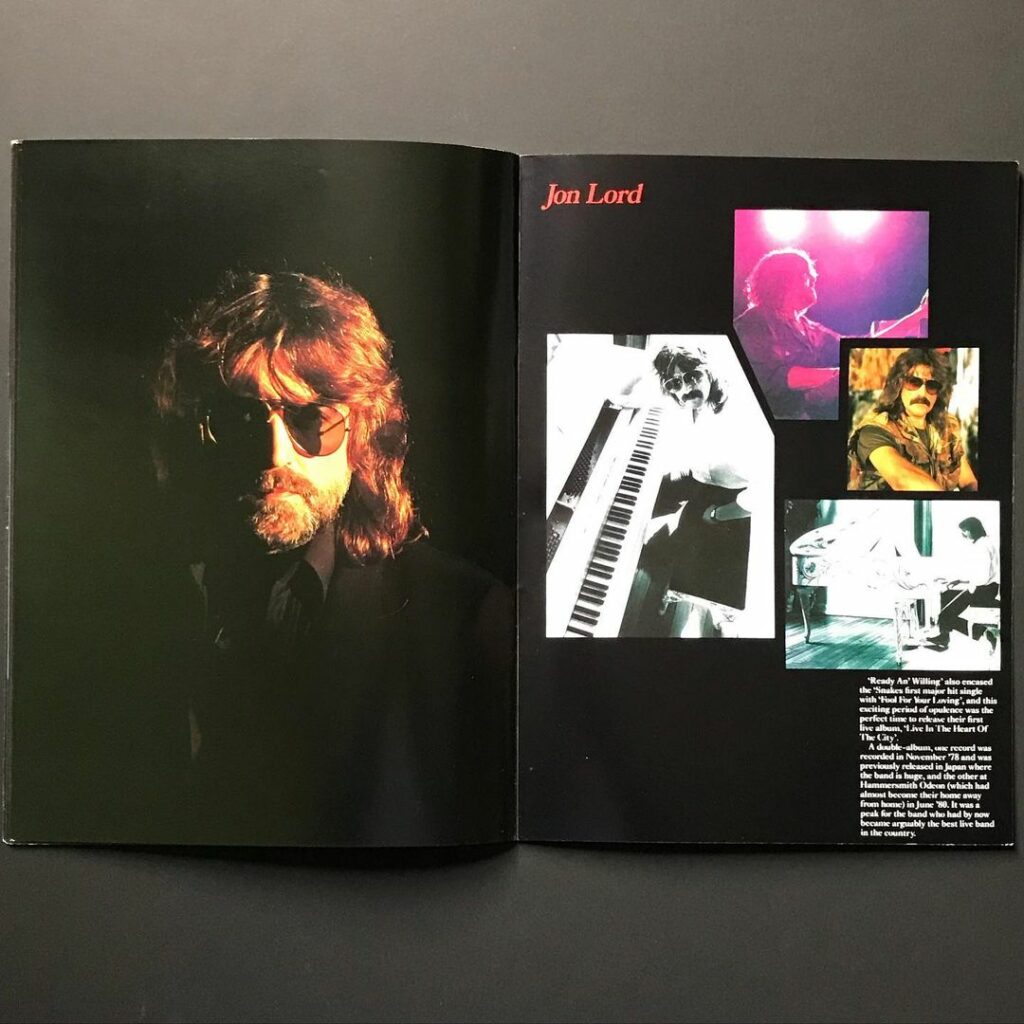 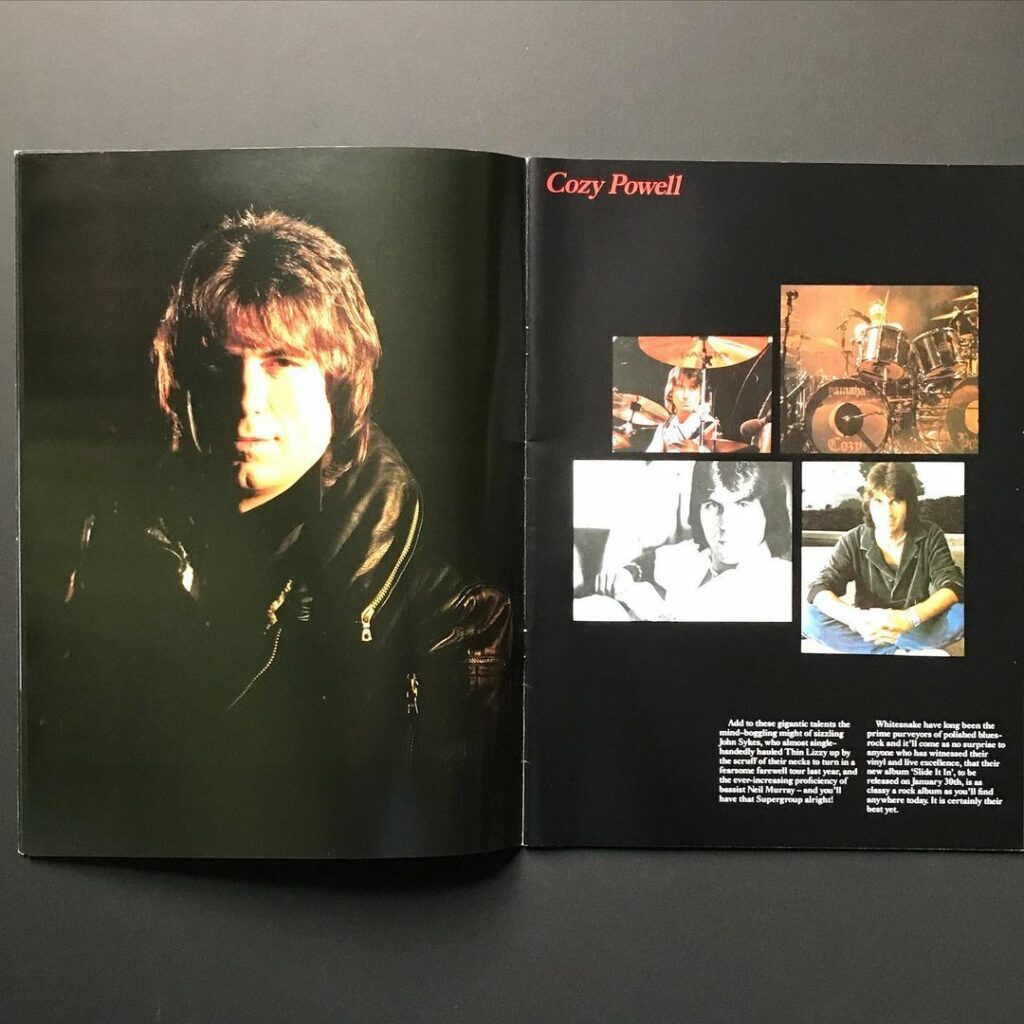 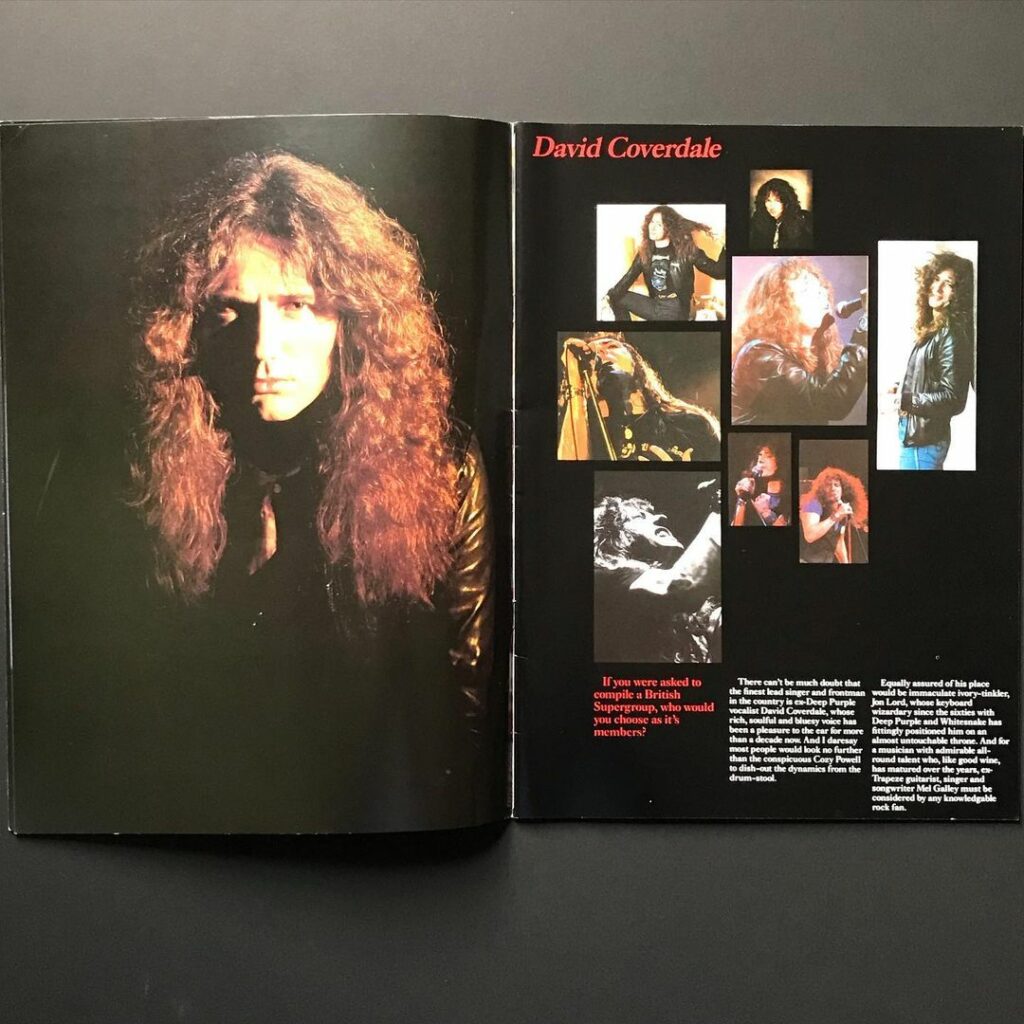 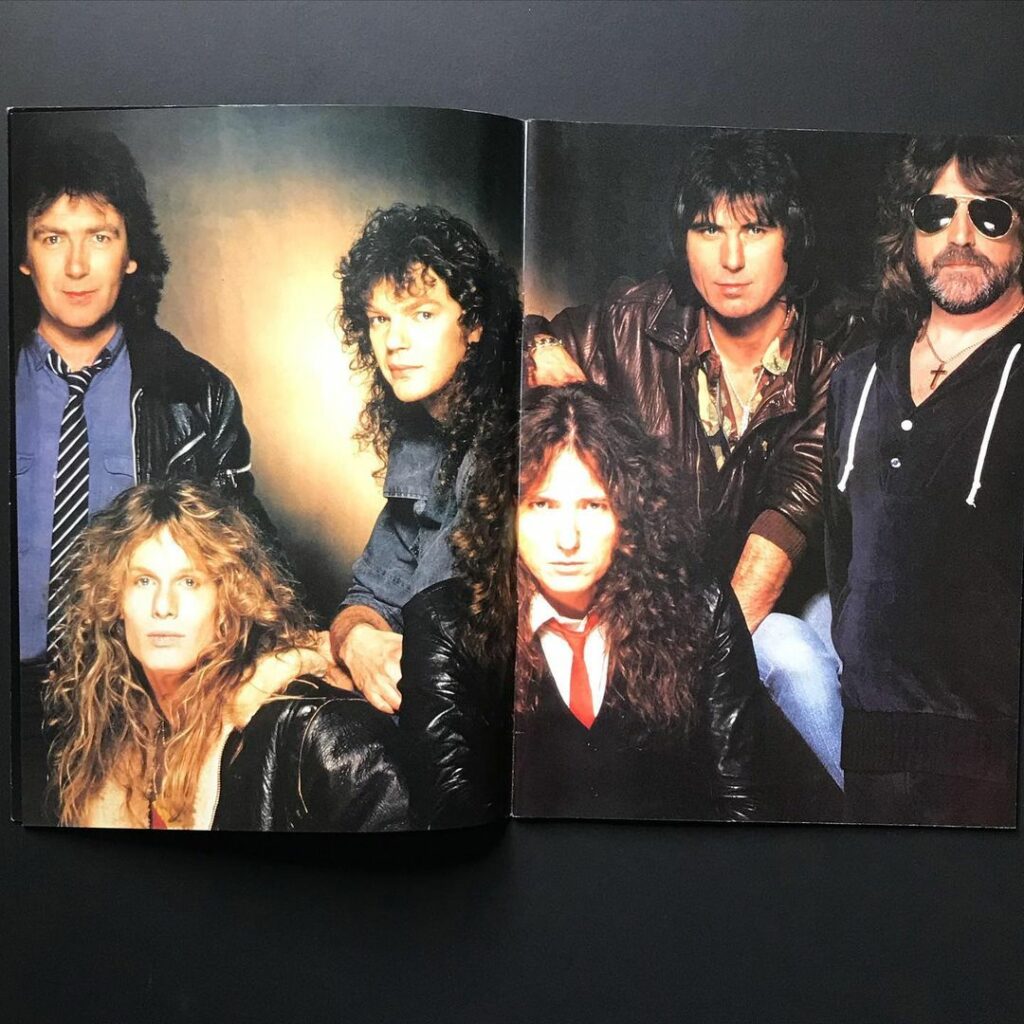 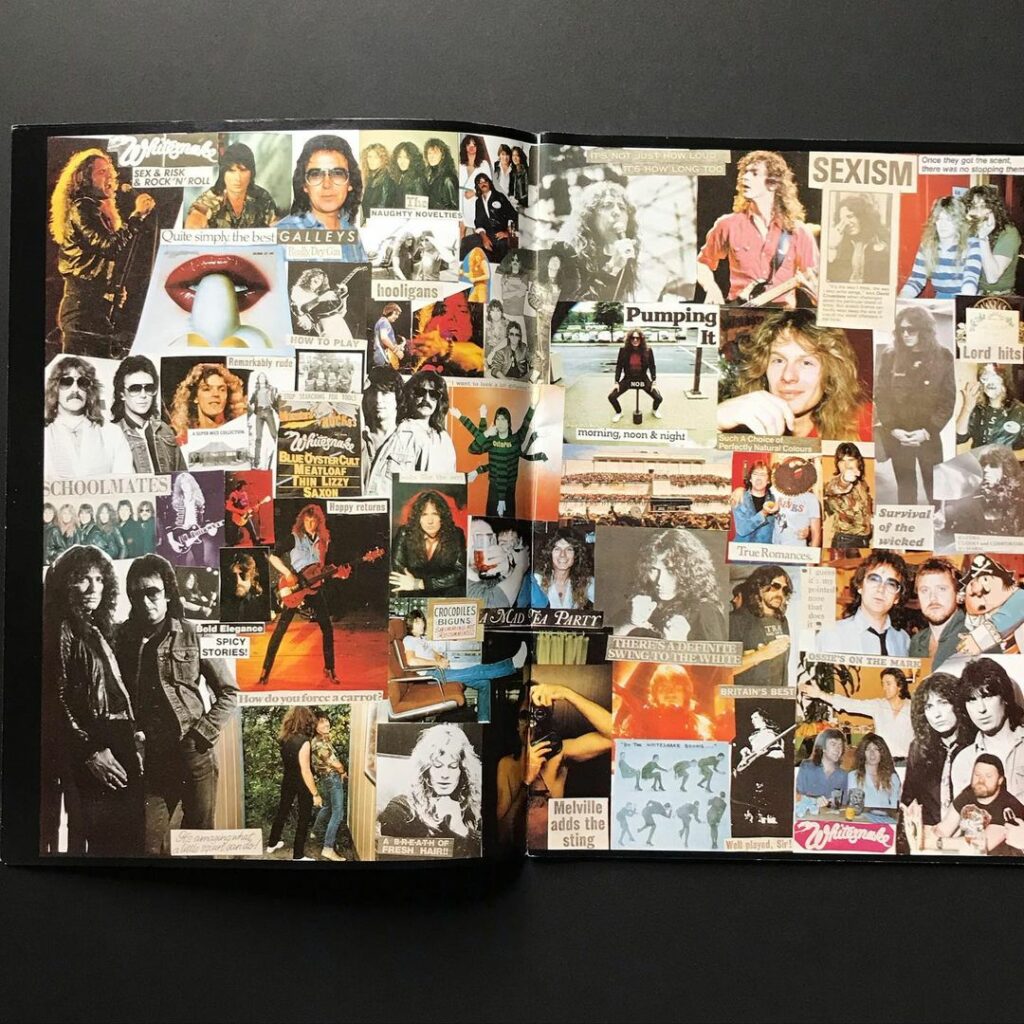 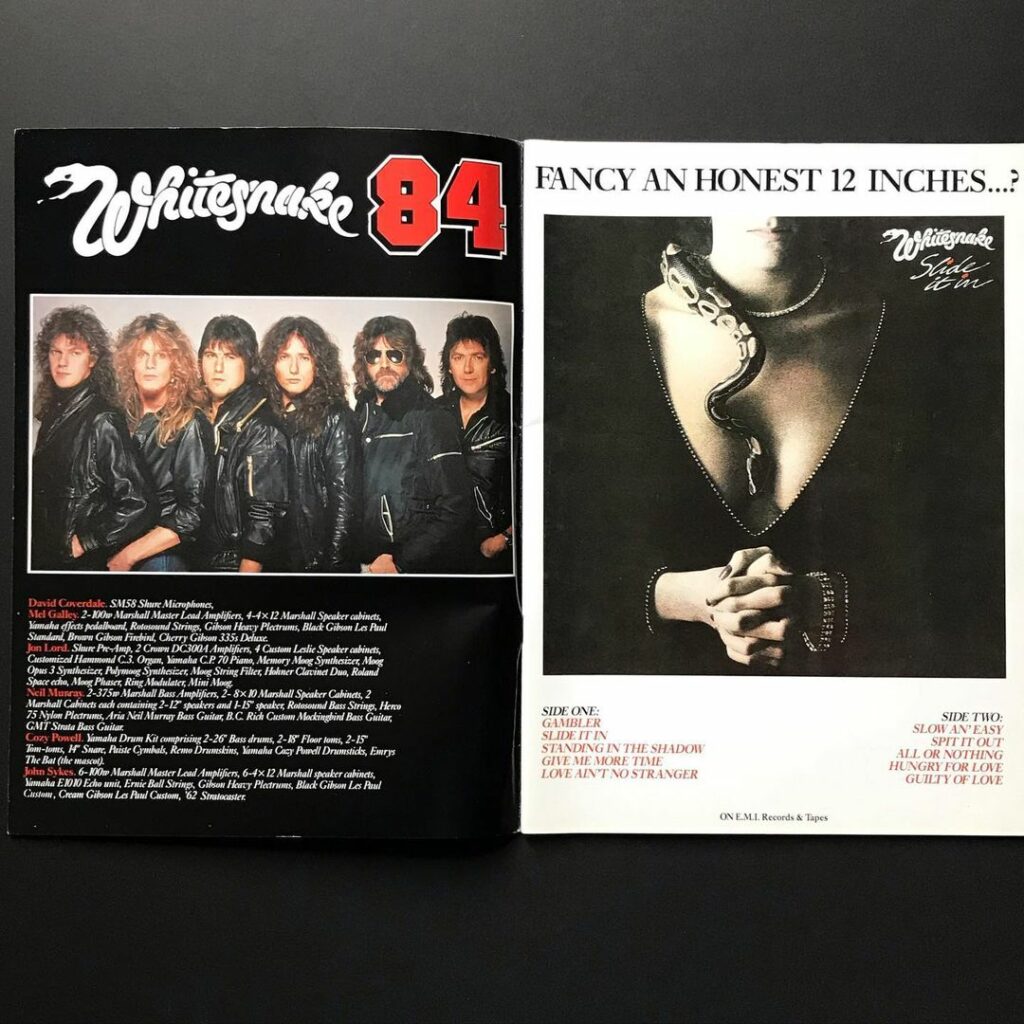 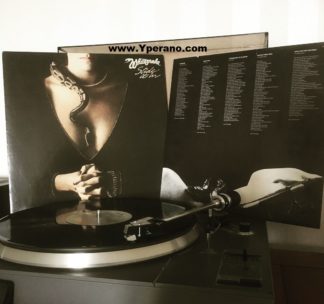