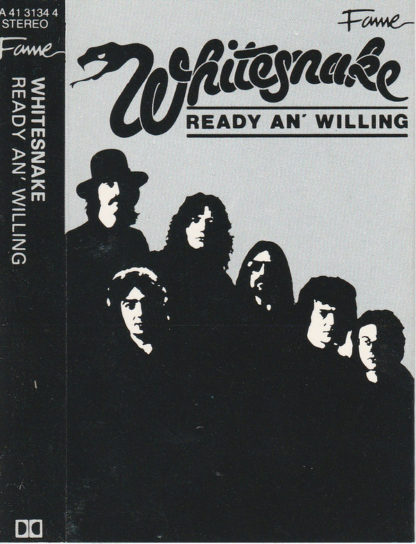 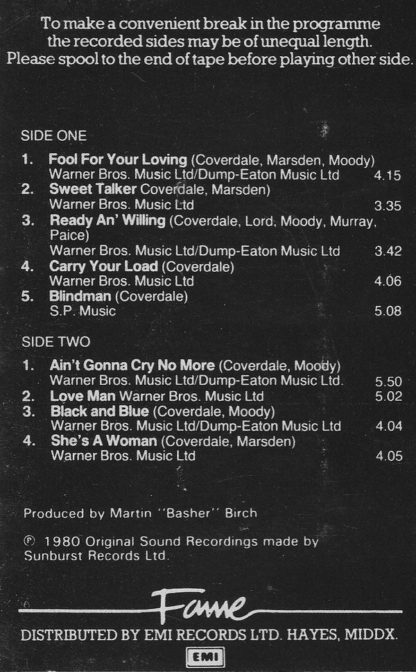 Ready an’ Willing was Whitesnake third studio album, released in 1980 and peaked at #6 on the UK Albums Chart, it was also the band first to chart outside of the UK reaching #32 in Norway and #90 in the US.
The album featured two of the band UK single-hits from that year: “”Fool for Your Loving”” had reached #13 in the charts in April 1980, and the title-track, “”Ready an’ Willing (Sweet Satisfaction)”” made #43 in July of the same year. In August 1980 “”Fool for Your Loving”” peaked at #53 on the Billboard Hot 100; the song would later be re-recorded for the Slip of the Tongue album. The track “”Blindman”” initially from Coverdale first solo album was re-recorded for this album.

It is a brilliant album full of blues – just oozing from every pore.

Tongue in cheek(?) “”Love Man”” (Did Mr C. actually believe is own lyrics?) and the boogie fest – there was always one per album – of “”Black & Blue”” all combine to make one heck of a fine album. “”Carry Your Load”” & “”She A Woman”” round things off nicely. Proving once again that the ‘British’ version of the band were always the best. Not only that but this line-up, with Moody, Marsden, Lord, Paice & Murray were never to be topped.

Lord & Paice were to leave after this to re-join the re-formed Purple. This is a lasting testament to a great band on great great form on a great album.

Be the first to review “WHITESNAKE: Ready and Willing 1980 [Cassette tape]. Fool for Your Loving. Check videos” Cancel reply