WARCHILD: Preaching to the converted CD FREE if you order CDs from the letter W with a value of 30+ or buy it for £3

WARCHILD were created in 2000, they were a project of Keith Wild (previously with Fallin Time), their music style was morphed from Keiths desire to return to traditional heavy metal sounds using a more modern, compact sound. Influenced by melodic thrash, their current sound has dragged the style into the twenty first century. In the latter part of 2001, Warchild released their first demo-CD Theatre Of Pain with Ivan Heart as vocalist, Michael May on bass, Rob Burns on rhythm guitar and the mighty Paul Machine on drums. Rob and Michael left the band during the editing of the CD, but they were replaced by Eric Thor and Tony Red. In 2002 the band was re-invented, in fact, Warchild took over the guitarist Ottavio Marzo, the bass player Frank Janniko and the amazing singer Francesco Luiso (amazing polyphonic vocal sound). In July of the same year, they had a major gig in Rome recording the session on their first live-CD Adrenalive. All this whist touring Italy with a number of important Italian bands of the day. In April 2003 Warchild had their first major tour (Adrenatour) playing throughout Italy. During this tour Warchild were chosen to open for the popular IRON MAIDEN drummer Nicko McBrains concert (12/04/2003 Palacimini Viterbo). He was on tour with the official Italian Iron Maiden cover band ANTHENORA. Warchild will play after my drum clinic, I listened to them during their sound check and they are an excellent band! I think theyll have a successful future! (Nicko McBrain). September 2004: their song Life Goes On was published on the enclosed compilation for top Italian magazine ROCK HARD with a circulation in excess of 10.000 copies. October 2004: WARCHILDS first EP is released, Preaching to the Converted is now their most popular piece with many fans acquiring it through internet sales and at their concerts (in collaboration with dark Energy merchandising) At this time the band took on a manager (Simon Rowbotham) to handle their gigs and affairs in the rest of Europe. Touring the UK WARCHILD have now played in London (Ruskin Arms and Camden Underworld), Croydon (Black Sheep Bar), Wakefield (Snooty Fox), Stoke-on-Trent (Talbot Hotel), Bolton (Alma Inn), York (Certificate 18), Withernsea (No Really!) and Scunthorpe. With bands Panic Cell, Four Way Kill, Reckless Tide, Infobia, Seasons End, Pitiful Reign, Metalhead… the list is endless. The band have had a fantastic time in the UK and have been really blown away by the support of the British metalheads! February 2005: with a great deal of sadness Frank Janniko left as WARCHILDs bassist. He will be replaced by the young talent Domenico Bottalico. Later in 2005 WARCHILD play Bloodstock in Derby and later at the PMUK Dominion festival in Hull. 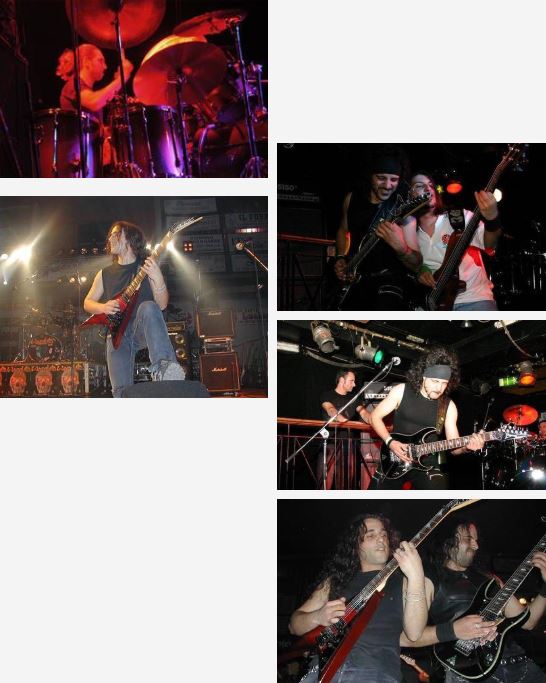 Be the first to review “WARCHILD: Preaching to the converted CD FREE if you order CDs from the letter W with a value of 30+ or buy it for £3” Cancel reply

You're viewing: WARCHILD: Preaching to the converted CD FREE if you order CDs from the letter W with a value of 30+ or buy it for £3 £3.00
Add to basket