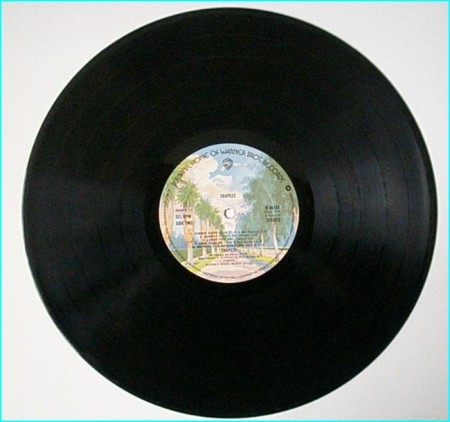 Trapeze is the 1976 self-titled album by Trapeze. (It is also the title of their 1970 debut album! …confusing) Trapeze, the group that first introduced us to the extraordinary talent of vocalist and bassist Glenn Hughes. Developing a fervent fan following, especially in the USA, this killer power trio specialised in a brilliant mash-up of hard rock and funk.

Refusing to succumb to defeat, Trapeze regrouped, this time adding two new members to fill the void left by Hughes whilst founding member Mel Galley assumed lead vocal duties. ‘Hot Wire’, the resultant album, was an impressive statement, sending out an unequivocal message that the band was far from spent. Indeed, their stature in the US and especially Texas, was further enhanced with intensive gigging and chart success. For their fifth album (confusingly self titled) the band continued their musical assault, unleashing a record that was more consistent with arena rock of the mid seventies.
Released in 1976, produced by Steve Smith (Back Street Crawler, Rough Diamond and Detective) and recorded in London at Island Studios (mixed by an uncredited Eddie Kramer), the record showcases defiant swagger, and riffs to die for. It even contains two songs featuring Glenn Hughes who had remained a staunch supporter of the band.

5.0 out of 5 stars Glen Hughes First Incarnation,
I’m a huge Glenn Hughes fan. This recording is the first Trapeze work. The style is much different from the next two Trapeze works with Glenn Hughes. The sound is similar to early Moody Blues. the production is very 60 Psycidelic. If you are a Glenn Hughes Fan, this Trapeze work is a must for your collection. It probable one of the hardest recordings to find and in the very short future, it may be gone for ever. This recording doesn’t display where Glenn is now, but where be began.
————————————————————————————————
5.0 out of 5 stars The original Trapeze,
Trapeze used to back-up Moody Blues and in fact did so in Oklahoma City back in the late 60s or early 70s. I discovered Trapeze on an underground rock station in Oklahoma City and after hearing the track “”Suicide”” introduced by DJ Sam Stone I was hooked. When Medusa came out I was hooked for life.
————————————————————————————————
5.0 out of 5 stars The good rock of the past,
Glenn Hughes is the voice of rock, you will understand……
————————————————————————————————
5.0 out of 5 stars Hadn’t heard this in 20 some odd years…,
If you want real rock-n-roll, here it is. Those were the days.
————————————————————————————————
Wolverhampton, England hard rock outfit Trapeze formed in 1968, teaming lead vocalist John Jones and guitarist/keyboardist Terry Rowley with singer/guitarist Mel Galley, bassist Glenn Hughes, and drummer Dave Holland. Signing to the Moody Blues’ Threshold Records imprint, Trapeze issued its self-titled debut album in 1970; in 1970 the remaining trio resurfaced with Medusa. The group toured extensively both at home and abroad, and although their fusion of rock and funk was cited as a prime influence on bands like ZZ Top, their commercial success was minimal. In the wake of the third Trapeze album, 1972 You Are the Music…We’re Just the Band, Hughes replaced Roger Glover in Deep Purple. Guitarist Rob Kendrick and bassist Pete Wright signed on for Trapeze 1974 effort Hot Wire, followed a year later by a self-titled LP; in 1976, the core trio of Galley, Hughes, and Holland reunited, although no new recordings were forthcoming. Hughes again exited prior to 1978 Hold On, which featured Wright in addition to new guitarist Pete Goalby; Trapeze then disbanded, with Galley joining Whitesnake (and, later, Black Sabbath), while Holland tenured with Judas Priest. Galley, Hughes, and Holland reformed once more in 1991. 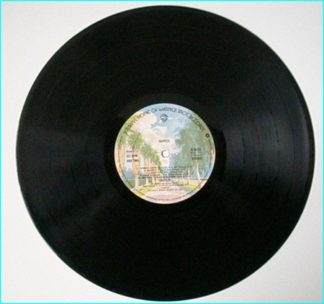