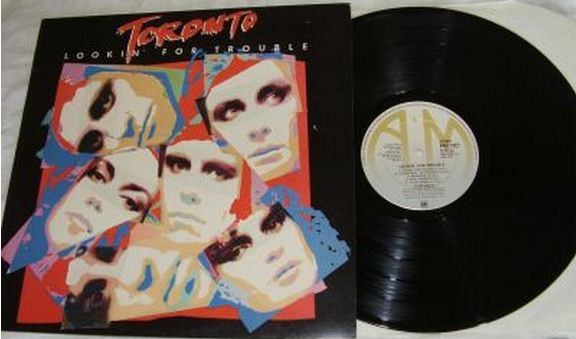 Lookin’ for Trouble, Toronto’s debut album, was released in 1980. Nearly every track on the album was released as a single and the band achieved heavy airplay for “Even The Score”, “Don’t Stop Me” and the title track. The U.S. release uses different cover artwork. The album reached Platinum status in Canada, but did not chart in the USA.

Début album from Canadian rock band Toronto, a late ’70s/early ’80s rock group that has been compared to Heart and Pat Benatar. The group originally recorded “What About Love,” written by members Sheron Alton and Brian Allen, but chose not to release the recording and offered the song to Heart, who turned it into an smash hit. Album cover was featured in the music video for “Drinking in LA” by Bran Van 3000. Includes the hit singles “Even The Score” and “You Better Run.”

5.0 out of 5 stars This LP RAWKS!!!!!,
The first time I heard this I was 15 years old. I was blown away to say the least. I’m 40 now and I still listen to it. This is classic Canadian rock at its best. Holly Woods has a voice unlike any other. And to hear her live is a religious experience. Lookin’ For Trouble is an LP that rocks from start to finish. You just don’t hear straight ahead rock n roll like this anymore. Especially with a female vocalist. Give it a spin. Its my favorite LP of theirs. I have them all and love them all but this is the best work they’ve ever done.

5.0 out of 5 stars the beginning of a great 80s chick rock career,
Where to begin with this overlooked band? Toronto is like Pat Benatar, Suzi Quatro, Ellen Foley, Heart, Quarterflash, Toni Basil, and Scandal all rapped up in one on this first album from 1980. Definitely a forward aiming sound, this kind of chick rock (with hints of ‘new wave’) was dominated by the artists mentioned above in the early 80s, and sadly, Toronto was pretty much overlooked here in the U.S. But if you like the sound these women brought the the airwaves, you’ll love the entire output by Toronto. There albums are a perfect blend of heavy rockers, pop rock, power pop, and even synth drenched dance rock.
Familiar track here: Toronto cover “You Better Run” but the stand-out tracks for me here featuring catchy hooks, driving rhythms and hot aggressive female vocals are Even the Score, 5035, Shot Down, and even the track Do Watcha, Be Watcha, which features male lead vocals.

5.0 out of 5 stars Great Rocking Album
When this album first came out, I bought it and listened to almost nothing else for 2 weeks, and “Even The Score” was the music played whenever the hockey team I played on gave up a goal (which meant me). Everything rocks on this album; A great rendition of “You Better Run’ which was made famous by Pat Benatar, is part of this album also, and truthfully, its sad they don’t make rock music this straightforward anymore. If you like loud guitars and powerful vocals, this album is for you.

Background
Canadian based band playing a radio-friendly brand of edgy hard rock. They placed themselves at the start of the ‘soon to take-off’ rock scene throughout North America, and though Toronto were slightly heavier, their sound has that new wave occasional flavour, in much the same way as the debut Honeymoon Suite album did. For a majority of the band members, their roots actually trace back to their U.S neighbours across the border. Woods originally from North Carolina, Kreyer from New York, while the rhythm section of Fox and Costello were from Rochester NY, though had spent many years playing in different bands – Costello himself coming off a minor stint with Led Zep clones Centaurus featuring the talents of singer Louis Merlino (Beggars And Thieves) and Nick Paine. Toronto’s beginnings center around guitarist Brian Allen, better known for his time in the band Rose. When that band spilt, he set about putting a new combo together, bringing in members from the local area, including Holly Woods, who had sung with many local bands, plus appearing on Rose’s last album ‘Judgement Day’ – hence the connection to Allen. Another connection to Allen was second guitarist Sheron Alton, later to become Mrs Brian Allen.
The band were then observed by Solid Gold Management (ie: Chilliwack, Headpins) and they duly signed them up in 1979, for which this debut album ‘Lookin’ For Trouble’ was the net result, distributed around the world via A&M Records. Good crisp hard rock ideal for FM radio was the order of the day with this platter.

The Songs
Standout tracks include the opener ‘Even The Score’ and the title track ‘Lookin’ For Trouble’. ‘5035’ is a bit of a pop classic for the band, while the cover of The Rascals ‘You Better Run’ is great. ‘Delirious’ is a powerful fun-filled romp as is the contagious ‘Tie Me Down’. Elsewhere ‘Don’t Stop Me’ and ‘Shot Down’ are also worthy.This LP version nearly went platinum in Canada. 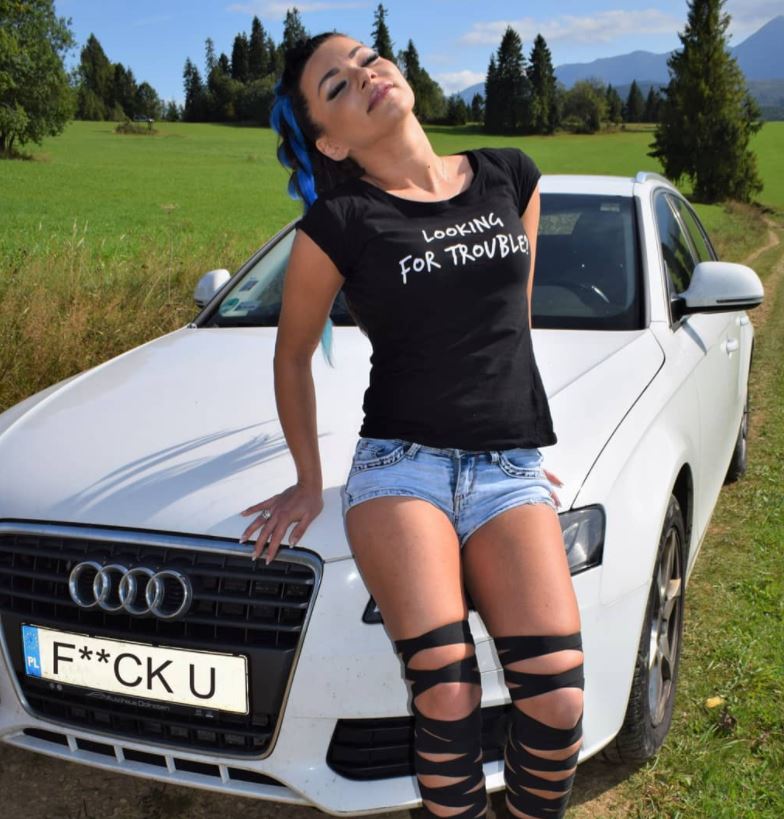 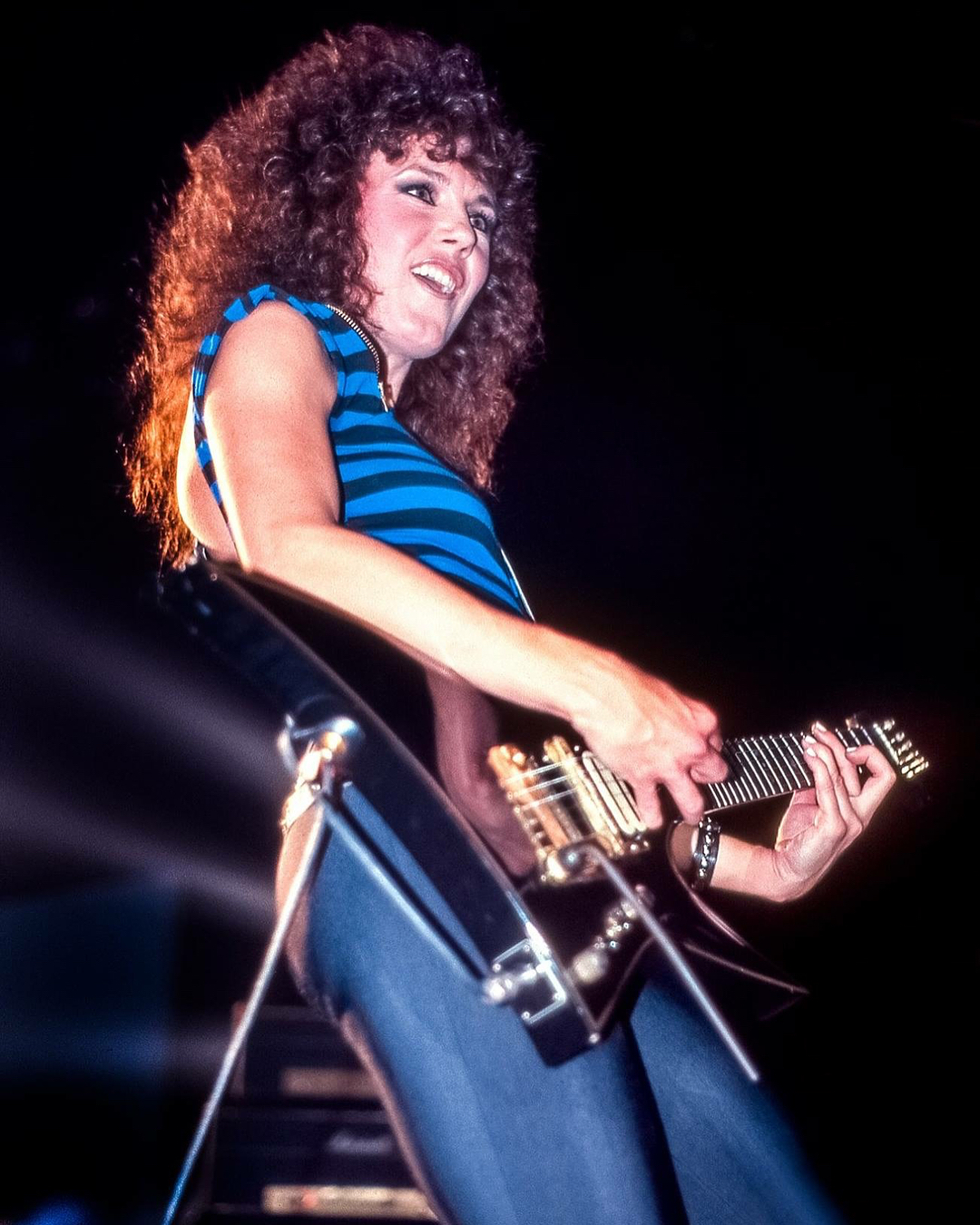 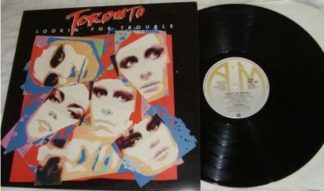