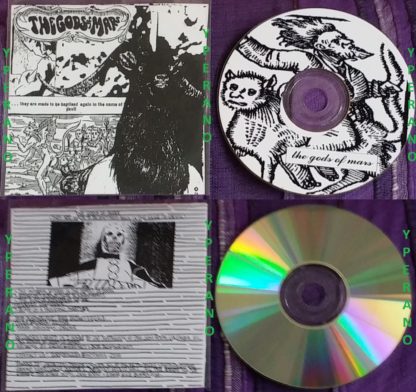 THE GODS OF MARS: They are made to baptised again in the name of devil CD. Stoner, fuzz, Southern Metal. Free £0 for orders of £28+

Travelling from the depths of space to the depths of alcoholism, the Gods of Mars have only one goal: to destroy your soul through ludicrously high volume and fuzz-soaked metallic intensity.
Here is the ultimate chronicle of heinous hedonism and hellbound hi-jinks briefly yet boldly embodied by the masters of manic metal mirth known as The God of Mars. Smell the magic one more time on the sorely missed contribution to Southern Metal

To experience the Gods of Mars in action is akin to having ones cranium demolished by a five ton (Bob) wrecking ball (Mark) that has had a little too much to drink (Tyler). The Gods of Mars have traveled through the depths of space to the depths of alcoholism to bring you the finest in rock and roll entertainment. Born and bred for only one purpose: to make your head explode.
Why this name?
As with all gods, the Gods of Mars are simply known by the name which human beings attach to an entity or force beyond their understanding or comprehension. The true name of the band is unknowable, unpronounceable and unbearable.
Do you play live?
Since their conception, the Gods of Mars have implemented a schedule of playing somewhere between four to eight shows a month on average. From their hometown of Greenwood, South Carolina, across Georgia and North Carolina, the Gods of Mars have left their mark on the south east with an eye on extending their performance to the national level.
Formed after the demise of a previous band, the Gods of Mars first started in mid 2001. They quickly recorded and released two independent EPs and another full length on Emerald City Ruins Records. Their latest recording endeavor, sonic Attack’ was released in summer 2004 on the south-eastern independent label Emerald City Ruins.
Your influences?
Filtering the sounds of Black Sabbath, Kyuss, Iron Maiden, Fu Manchu, Sleep, Foghat, Deep Purple, and whatever other huge ’70s sound you can find, the Gods of Mars will leave your ears and underwear in ruins.

Be the first to review “THE GODS OF MARS: They are made to baptised again in the name of devil CD. Stoner, fuzz, Southern Metal. Free £0 for orders of £28+” Cancel reply 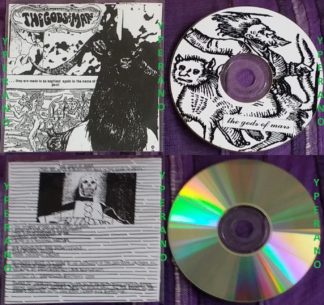 You're viewing: THE GODS OF MARS: They are made to baptised again in the name of devil CD. Stoner, fuzz, Southern Metal. Free £0 for orders of £28+ £0.00
Add to basket