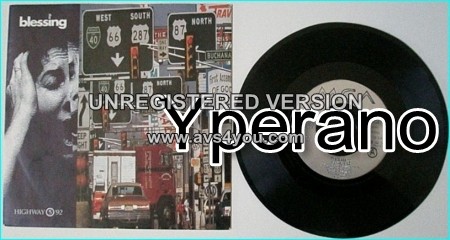 The BLESSING: Highway 5 ’92 + Highway 5 ’91
The Blessing was a British musical group led by William Topley, whose music featured elements of blues, gospel, soul, and rock. The group released two albums and had one UK Top 40 hit before disbanding.
The Blessing was founded in London in 1987, initially acting mostly as a blues and reggae cover band. The group eventually began writing its own material and recorded in keyboardist Mike Westergaards studio, eventually landing a recording contract in 1989 with MCA Records. Their debut, Prince of the Deep Water, followed in 1991, with the lead single “Highway 5” reaching #42 on the UK Singles Chart. The single was remixed and re-released at the end of the year, and early in 1992 re-charted, this time peaking at #30.Prince of the Deep Water featured guest musicians Nicky Hopkins, Richard Tee, Jeff Porcaro, Rickie Lee Jones, and Bruce Hornsby, and went on to sell 125,000 copies.