From the get-go, The Addictions are fast, high-energy, care-free pop-punk music. It starts with “”Candy,”” which makes light of cocaine addiction, though most of their songs are about drugs and members of the opposite sex. With both male singer Jason Richard and female singer Beth Richard (I don’t know yet wheter they’re brother and sister or husband and wife), they sing about inter-gender relationships from both male and female point of views. A clear example can be seen in “”Toys”” where Beth sings “”I wanna play with toys, I wanna play with boys””- it makes all the girls laugh because they do the same thing, and it pisses all the guys off because we all know it’s true, dammit! Anyway, the music fuses classic punk and metal riffs with some all new things – fast-paced, lots of distortion, and catchy lyrics and beats. It’s real easy to like this music, but it’s not for everyone – fans of harder rock might be turned off by it. At least its upbeat – none of that whiney little bitch crap that’s seems to be so popular these days. Of the eleven tracks, my favorites were “”Candy,”” and “”Roller Girl”” – though I can imagine hardcore fans would love every single one – any one of these songs could very easily be a hit.
FAVORITE QUOTES: “”I wanna play with toys, I wanna play with boys, far away from all this noise!”” song #6, Toys – “”I’m ready for you, are you ready for me?”” song #10, Early Mornings

Thank god for The Addictions. Just when you thought there was no real rock bands left in music anymore these guys come along and prove that kick ass no frills hard rock is indeed still alive and well, you just gotta go to Texas to find it. If I had to describe their sound IÃƒÂ­d say it lies somewhere between the best melodic hooks and power pop of Cheap Trick coupled with the best elements of the garage punk of L7 and The Ramones. The songs are short, tight and to the point, eleven songs clocking in at just under 32 minutes but donÃƒÂ­t mistake quantity for quality because there is not one second of filler on this disc. The band is fronted by the brother and sister duo of Jason and Beth Richard who both do double duty on guitars and vocals. Beth’s vocals at times were reminiscent of a young Patti Smith which is nothing to complain about, but she does have a unique sound and style that is all her own. Her brother Jason is no slouch either both vocally and on the guitar and thereÃƒÂ­s plenty of guitar on this CD. The lead single is “”Jaded””, after repeated listens I felt almost any one of the tracks here could have been chosen in that regard, the CD is that good folks. If there is any big time major record companies looking to sign an honest sounding hard rock band then look no further. There are so many catchy hooks and grooves that will guarantee your house party keeps on rockin Â­ long into the night, just keep the CD player on repeat.” 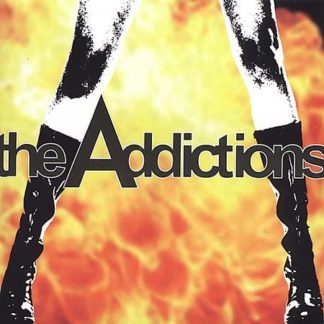