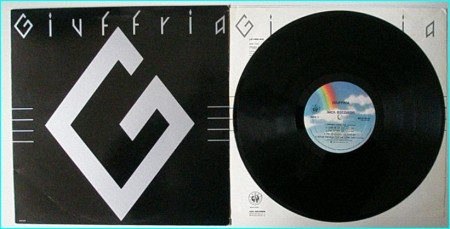 Giuffria is the self-titled debut album of American rock band Giuffria, released by MCA Records in 1984, and was produced by Andy Johns. The album peak position on The Billboard 200 was #26 on March 02, 1985. It was the most successful album from the five released by Giuffria then House of Lords from 1984 to 1992.

Keyboard maestro Gregg Giuffria originally planned to retain the Angel title for his second high-profile cinematic rock show, but the scalding ivories soaring throughout this record prove he fully in charge, making the Giuffria moniker an apt band name. The long, blond angel always kicks off his projects with some cool keys. Wistful weeper “”Call to the Heart”” rightfully remains Giuffria crowning achievement and even a chart glory.

Giuffria debuted in 1984 with a self-titled album that is for all intents and purposes the perfect snapshot of the era. It combined the arena rocking sound of bands like Journey and Foreigner with the harder-edged style of the emerging Hollywood hair metal scene. The result was a keyboard-heavy (naturally) melodic rock sound with catchy guitar hooks and David Glen Eisley “”silk and steel”” vocals. It featured hit singles in the moving Call to Your Heart and Lonely in Love, but just about every song on the album is just as memorable. Giuffria keyboards set the tone right at the start with the majestic intro to Do Me Right, and really it all uphill from there until the very end, when the throwaway introductory track The Awakening and the way too mellow Out of the Blue (Too Far Gone) rob the album of its momentum.

Giuffria would evolve into House of Lords.
———————————————————————————–
5.0 out of 5 stars Good Rock And Roll Band Here,
I have liked Guiffria since they first came out in 1984 with this album. Guiffria came through with some good old hard rock to keep the trend going. This album was superb back then and it is just as fresh today as it was then. With the garbage they call music today, we need more bands like Guiffria and more hard rocking albums like this self-titled album. If you like good rock and roll, and hard rock at that, this is the album to have in your collection. 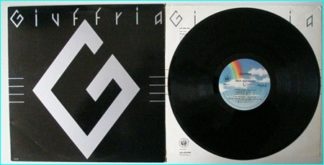