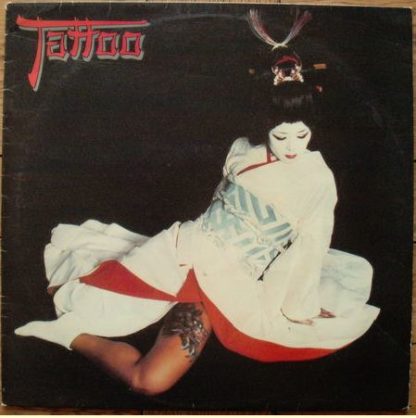 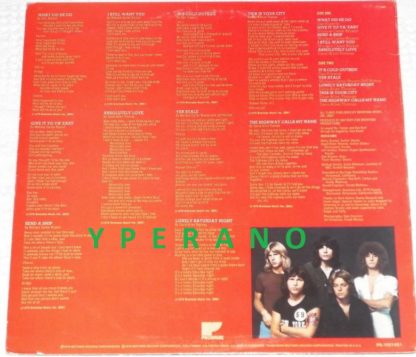 Tattoo was an offshoot of the Raspberries, who had opened up for KISS on New Year’s Eve 1974/5. Featuring Wally Bryson the lineup for the album included Jeff Hutton (Keyboards, played live with Raspberries and on one of their albums), Dan Klawson (Bass, ex-Choir Band), David Allen Thomas (Guitars) , and Thom Mooney (Drums, ex-Nazz). The history of the band was short, “what had started with promise ended in disaster. The label withdrew support for the album and tour, yet strangely offered Tattoo a second album – an offer that was refused by the band. The group broke up shortly thereafter in 1977”. “Give It To Ya Easy”, the song was written around 1972!!

B1 It’s Cold Outside 2:56 cover version of The Choir Cleveland, Ohio garage rock band, active in the mid- to late-Sixties. 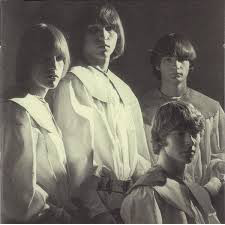 Featuring former Raspberries guitarist Wally Bryson and ex-Nazz/Paris drummer Thom Mooney and is definitely recommended. One of the better Tattoo cuts, “Give It to Ya Easy”, appeared on some KISS bootlegs as a mistakenly labelled early demo by Wicked Lester.

An often neglected power pop album by Raspberries’ guitarist Wally Bryson. A mix of ballads and rural rock, a little reminiscent of early REO. Check out “Yer Stale” a nice rockin’ tune. It certainly has great moments of sweet melodicism and ringing guitars that define the genre and would definitely feature in an all-time Top 100 power pop albums.

I thought I was the only person who heard of Tattoo. I bought the album when it came out back in the day because the cover was cool. It disappeared over the years and a CD does not exist, so I bought a used album!

I’m listening to this because I stumbled across a copy of it in a friend’s home, who gave it to me. This album is great and I’m wondering how in the world I’ve never heard of it before!
❤❤❤

I have the original l.p. it’s awesome, especially “it’s cold outside”. Wally’s vocals are amazing he is what rock and roll is all about. Danny plays an amazing bass to his song, so this should have been a hit when the album was released!!!

The Berries meet The Faces. Wally Bryson with Danny Klawon from The Mods & The Choir, David Allan Thomas from Peter Panic, keyboard wiz Jeff Hutton and former Naz drummer Thom Mooney. You should have heard them in Jules’s rehearsal room… or at the showcase gigs they played at the Starwood, etc., with Doug Hall (later with Iron Maiden) mixing. 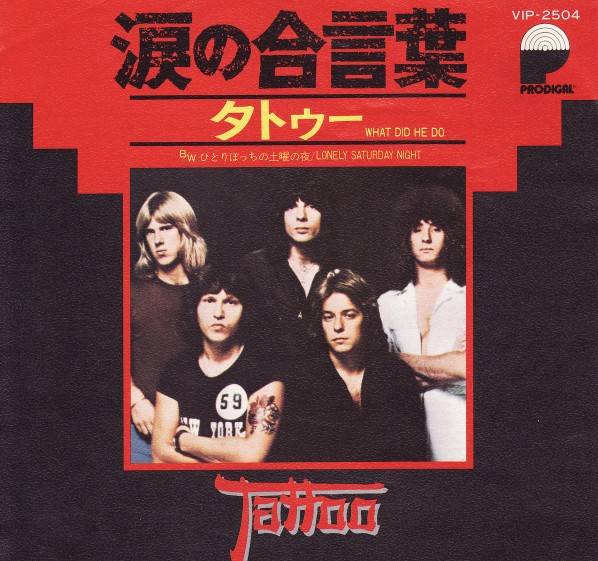 Following the untimely break-up of The Raspberries, guitarist Wally Bryson took off for sunny California. Bryson stuck to the rock band angle with Tattoo and a couple years later in the more successful Fotomaker.

Tattoo who signed to Motown’s ‘rock’ label- Prodigal after Bryson’s move to Los Angeles, played scattered gigs in the L.A. area with Thom Mooney formerly of The Nazz and Paris on drums, and there were high expectations the group would breakout in a big way after signing to Prodigal.

The music for the most part is good – falling into the REO Speedwagon, Jo Jo Gunne and James Gang thumping denim and cowboy boots early 70’s Midwestern sound.

The opening track ‘What Did He Do’ has all the earmarks of single potential, hinting at Alexis and Brother Bait but falling well short of classic pomp. After this ‘out of character’ track the rest of the record is very workman like, not too dissimilar to REO Speedwagon during this same period and like Champaign, Illinois’ favored sons, Tattoo would have gone over big in Dubuque, Peoria and Fargo with the right promotion. 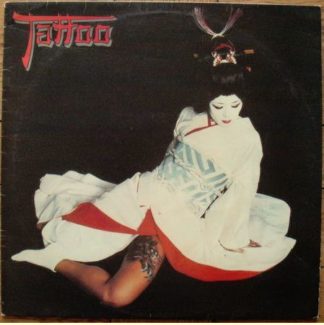