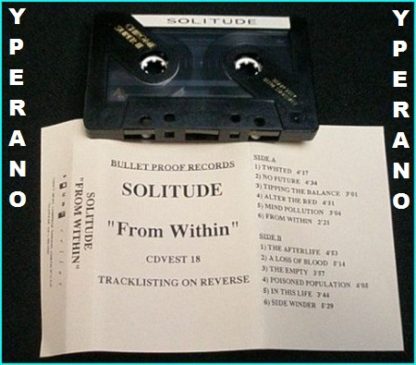 Thrash Metal From Wilmington, Delaware….””In ’93 we signed to Red Light Records (SONY family), out of IL. We recorded “”From Within””, produced & mixed by Drew Mazurek (GWAR, Nothingface, Linkin Park, Common, Sinch, H.I.M., etc.) at OZ Studios in Balt., MD. and was set to be released in ’94, followed by a European tour. By the time the release date came and went, a few times, Red Light lost their distribution and finally admitted they were folding. “”From Within”” saw a little life after being released in Europe on Bulletproof/Music For Nations. It did well, flaring talks of a European tour again, but they too, ran into trouble and had to cut the back”” 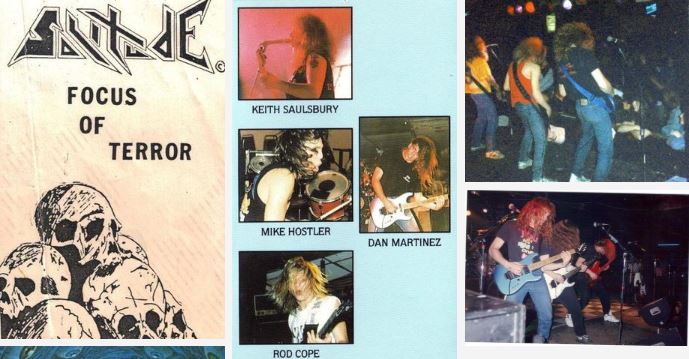 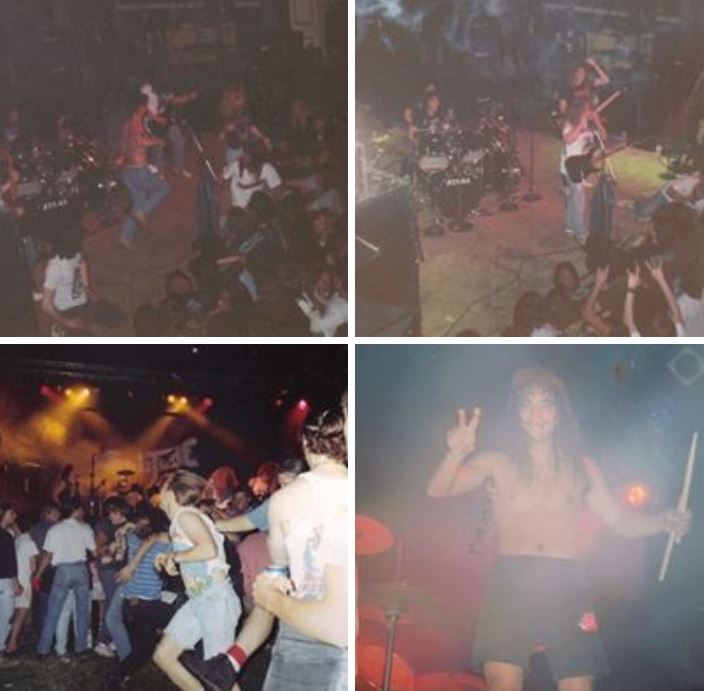 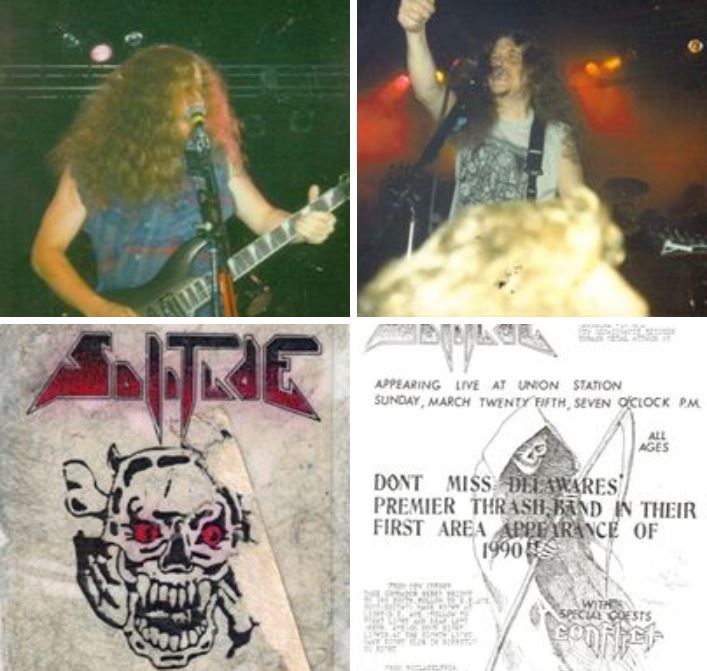 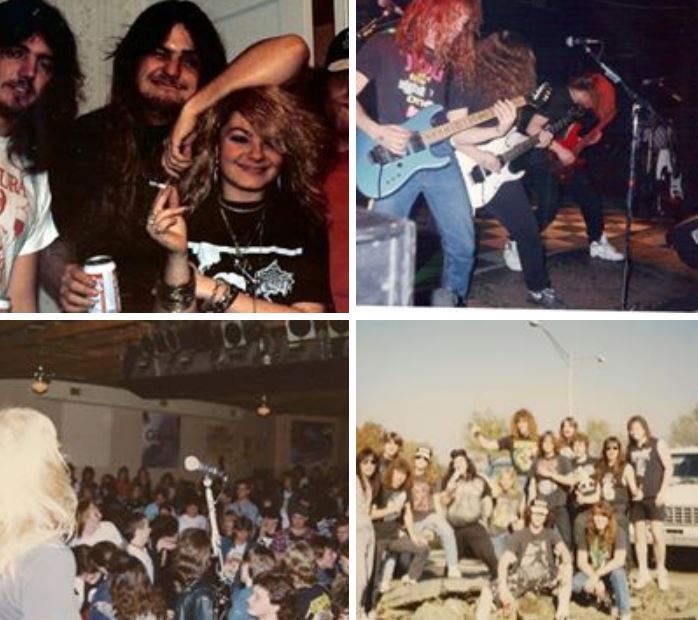 Well, the question is, who the fuck are/were Solitude? And the answer to that question is, one of the many better than average thrash bands who unfortunately tried their hand at an unforgiving market just a little too late in the game.

You see, for many of the 2nd and 3rd wave thrash metal bands who came up in the early to mid nineties, the problem was that Grunge was alive and well, and SELLING. Hence, these types of bands that could barely shift a few thousand albums at a time were viewed more as a burden to a record industry executive rather than a lucrative investment. This mindset by the bigwigs at the major label level set in motion the inevitable demise for bands such as Solitude.

As far as this album goes, I think that it deserves to be heard. For many fans of thrash such as myself, musical quality is something that is truly lacking with a lot of the pseudo-thrash metal/mallcore bands of modern time. This is why I constantly search the archives of metal hoping to stumble across the odd gem such as these guys. The musical ability of this band is better than average. More technical than say Meliah Rage, but not as technical as Forbidden (twisted into form era). Essentially these guys are a perfect mix of melody, technicality, progressiveness and aggression. The guitar riffs and solos, are definitely some of the more memorable pieces to the puzzle and the ability of the guitar players cannot be denied. The drumming is adequate, albeit a little bit too simple at times, but it does work. Nothing overly flashy in the drum department, but the sound of the drummers kit is pretty decent as well. The bass guitar is actually mixed very well for a thrash album of this era and I think that this is simply a testament to how well produced this album really is.

Keith Saulsbury’s vocals is actually the high point for me on this album. Keith has the ability to actually sing, and his range is certainly evident on tracks such After The Red, during the chorus where he hits that phenomenal note on the “Genociiiidddddeeeeee” part. Furthermore, some of the vocal harmonies like on the title opening track Twisted are another example as to the musical genius that this band was capable of achieving. Of course the homage to the 80’s Bay Area thrash metal is also established with the bands constant use of “riot” vocals during many of the choruses.

Overall, I’d have to say that this is certainly an above average thrash metal album with no real tracks that could be deemed as fillers, with the exception of the title track From Within, which is simply an instrumental and unfortunately lacks the punch of Keith’s brilliant vocal delivery. A great little thrash metal album that no one has ever heard of…

Stand out tracks are;
Twisted
Tipping The Balance
After The Red
Side Winder 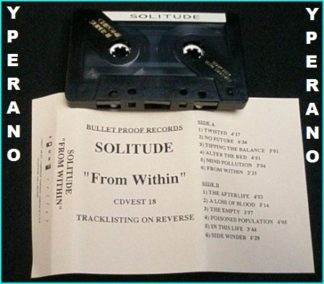