SAXON: The Eagle Has Landed LP 1982 (live). CHECK VIDEO of the LP that is for sale here. embroidered, embossed, raised cover without merchandise leaflet.

Check audio (This is audio from the CD version, If you had the pleasure of hearing the LP, you would have heard Princess of the night continue on on the next beat after 747. Freaking awesome!! Just as Biff finishes singing the line “strangers in the night” for the last time, the riff for Princess has already started!)

The Eagle Has Landed is the first live album by heavy metal band Saxon. It was recorded during the 1981 United States raw of the world tour and released in 1982.Positively crackling performances of such all-time classics as “Motorcycle Man,” “747 (Strangers in the Night),” “Princess of the Night,” and the epic “Wheels of Steel,” in arguably its definitive, audience-participating version. All the above made The Eagle Has Landed a solid offering. It won the British Heavy Metal live 1982 Award. 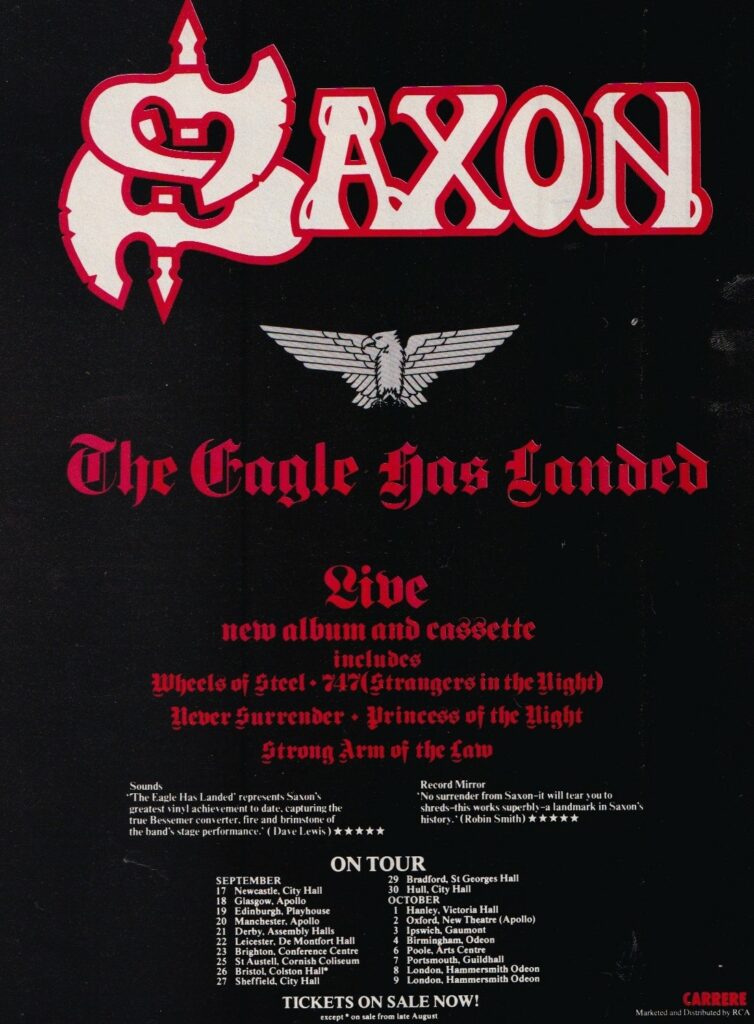 5.0 out of 5 stars More quality riffs than any other metal album I know.,
You only need one Saxon album. This is it. Recorded on the Strong Arm tour this features the classic original line up at its peak, during the golden NWOBHM era. Anyone who saw them at the time will attest to how this captures the live experience brilliantly (the crowd noise is manipulated in the mix for effect). The sound of screaming motot bike engines signal the imminent arrival of set opener Motorcycle Man. Theres almost no gap between it and 747 (Strangers In The Night) and very little before train tribute Princess Of The Night. A slew of choice album tracks follow inc. riff-tastic Wheels Of Steel before we get to the sweet spot of (Donno 1980 tribute) Bands Played On & See The Light Shining (dedicated to Fast Eddie).

5.0 out of 5 stars Good old live Heavy Metal,
Saxon are pretty corny nowadays IMHO, but these live tracks capture Saxon at their best. The intro to Heavy Metal Thunder is fantastic. Play the whole album at max volume and stuff the neighbours!!

5.0 out of 5 stars NWOBHM,
At last my own copy of the best live album to come out of NWOBHM. The cassette tape had worn so thin, but it was 25 years old! Great band great songs. Treat yourself to a guilty pleasure – anyone who is not gently nodding along to this is either dead or was a new romantic back in the day.

5.0 out of 5 stars Classic,
Live albums come in all shapes and sizes. There are the overblown, full concert dino snore double albums of old, such as Sabbaths Live Evil, that purport to give you the end to end, highs and lows, experience of the complete live show. Then there are the mini live albums, which are invariably rubbish (what was wrong with other 75% of the show, guys? Did you run out of tape?) – step forward Bang Tango, The Almighty, Circus of Power and so on. And finally there are the single album, distilled, classics that deliver the performance like an upper cut to the jaw. In my opinion the late 70s early 80s delivered the 4 reigning champions in this field – namely Motorheads No sleep, AC/DCs If You Want Blood, Priests Unleashed and the totally sublime The Eagle Has Landed, by Saxon. This has all the basic ingredients of greatness. Firstly, every track is a bona fide classic, with only Never Surrender sounding like a bit of an outsider. Secondly the band is on fire, being at their absolute creative peak, and finally the production and packaging is simple, elegant and effective. The pace doesn’t really let up as Biff blasts through hit after hit with gusto, all of the weight then being thrown behind the pummelling finale of Fire In The Sky/Machine Gun. When the sirens go off at the end, pretty much as they do on No Sleep Til Hammersmith, you are left seemingly as exhausted as the band is. A gold plated, genuine, classic.

5.0 out of 5 stars Good on you Biff ‘n’ the boys… the band plays on. Truly heavy metal survivors.,
Saxons strong arm metal is showcased from the concert setting via “The Eagle Has Landed”. The 1982 album serves as an early era headbanging live offering from the Barnsley group, showcasing the guitar work of Graham Oliver, as Saxon open with the engine rev’d “Motorcycle Man”. Standing on the accelerator, the group that originally went by the cool name of Son of a Bitch, deliver “747 (Strangers in the Night)”, the towering “20,000 Feet”, “Princess of the Night”, an eight-minute spin through “Wheels of Steel”, and the inspirational “Never Surrender”. “Machine Gun” brings “The Eagle Has Landed” to a mow-’em-down close.

Biff Byford to pick the best songs from their huge back catalogue.

747 (STRANGERS IN THE NIGHT) (Wheels Of Steel, 1980)
“Well, it wasn’t the first single from the Wheels Of Steel album – that was the title track – but it was the one that got us noticed. This was the track that proved we could write a heavy song with a clear melody. It was also one of the first songs to put NWOBHM on the radio, which was important for us and  also for the genre.” 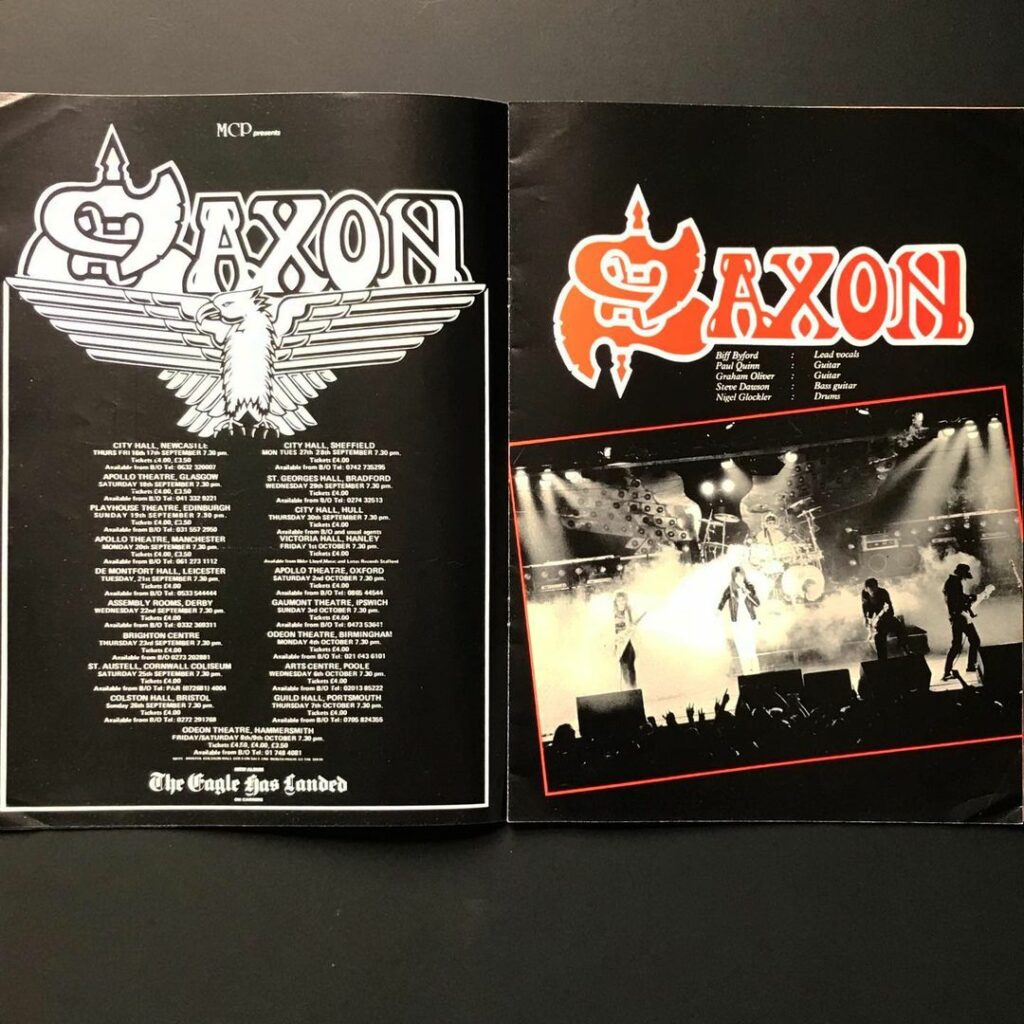 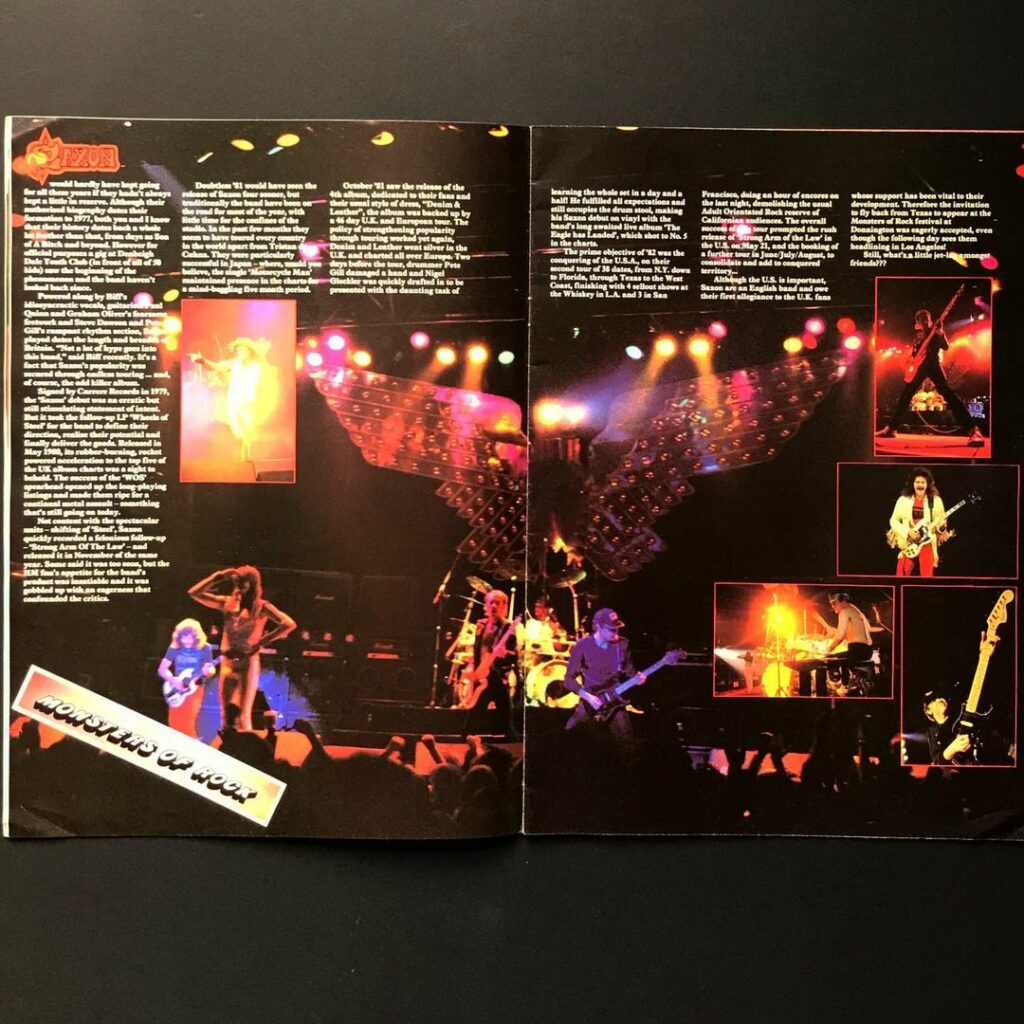 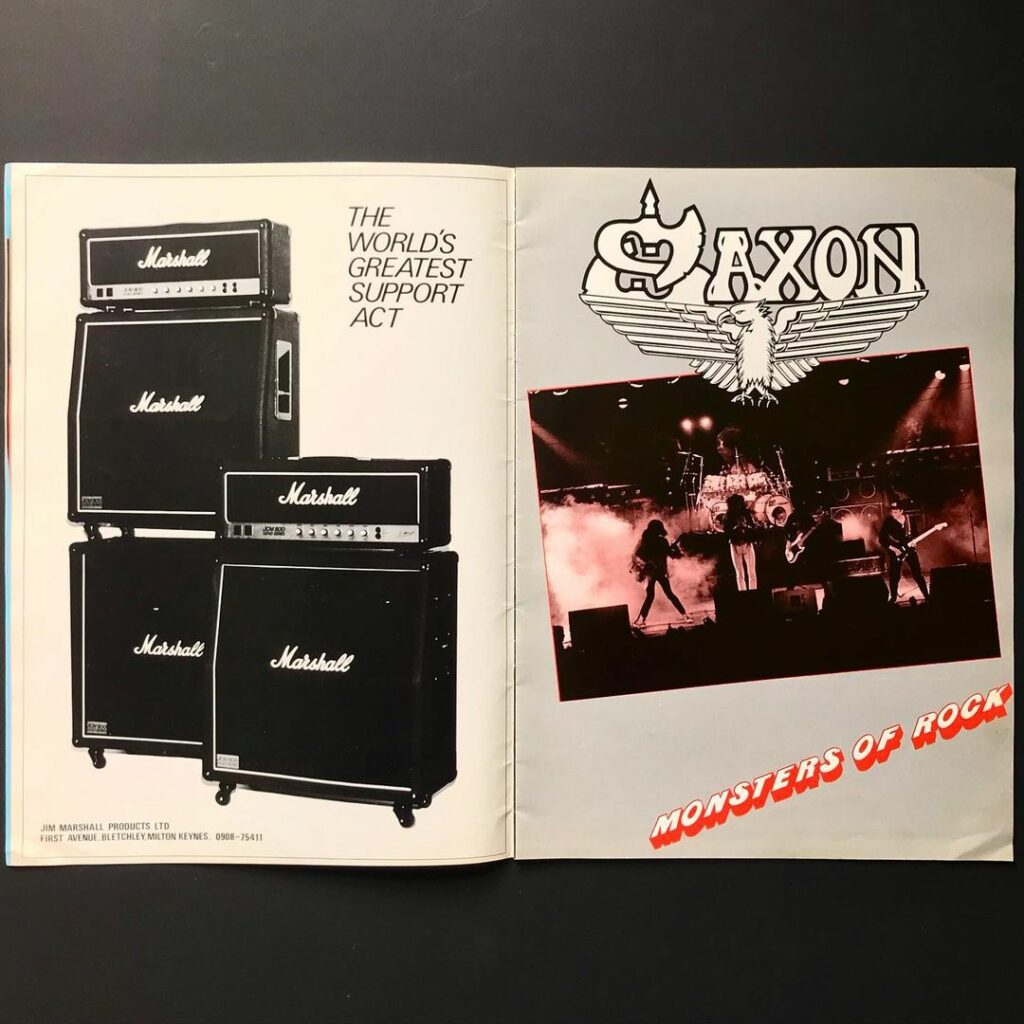 Be the first to review “SAXON: The Eagle Has Landed LP 1982 (live). CHECK VIDEO of the LP that is for sale here. embroidered, embossed, raised cover without merchandise leaflet.” Cancel reply

You're viewing: SAXON: The Eagle Has Landed LP 1982 (live). CHECK VIDEO of the LP that is for sale here. embroidered, embossed, raised cover without merchandise leaflet. € 5.93
Add to basket