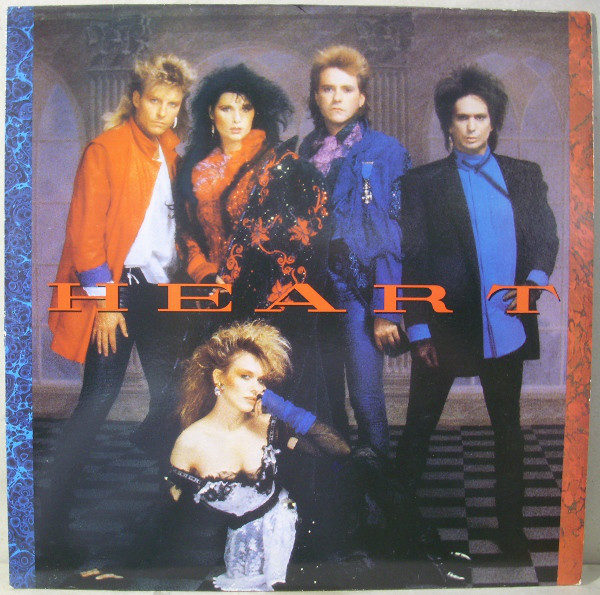 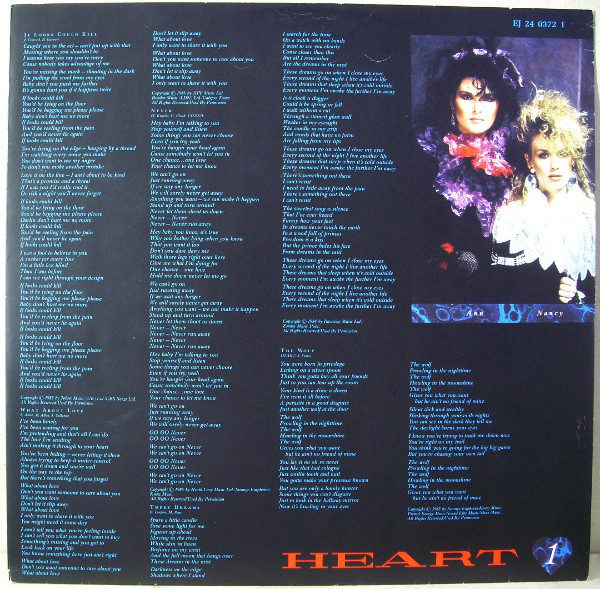 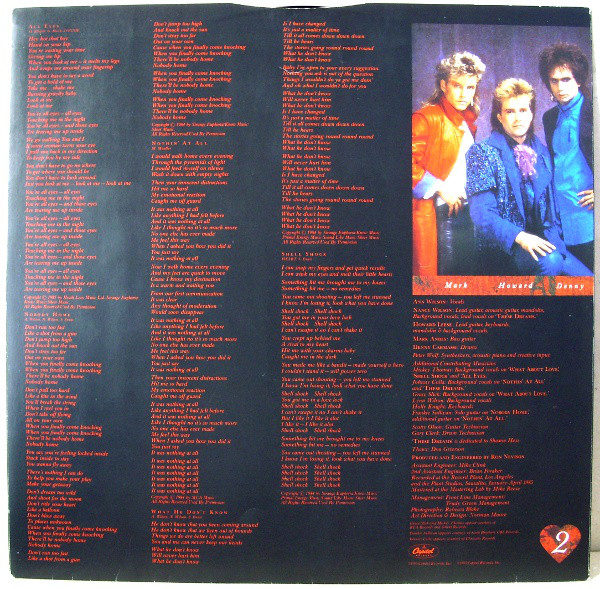 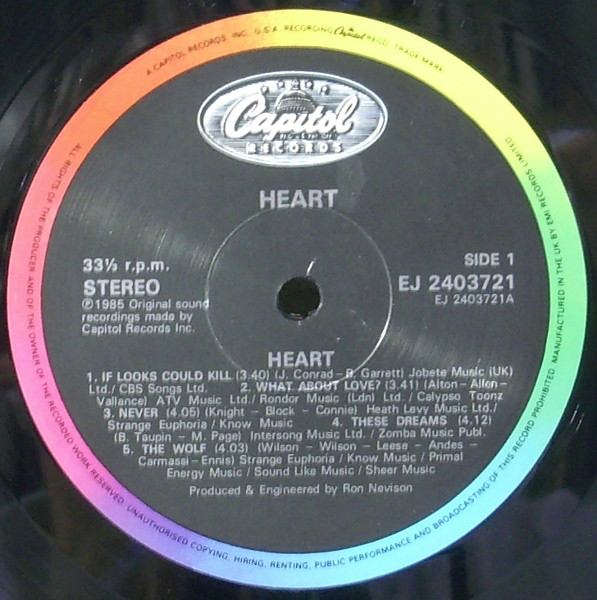 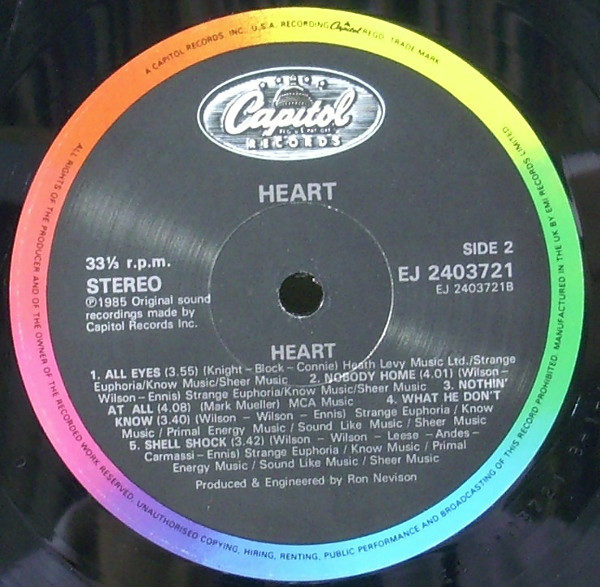 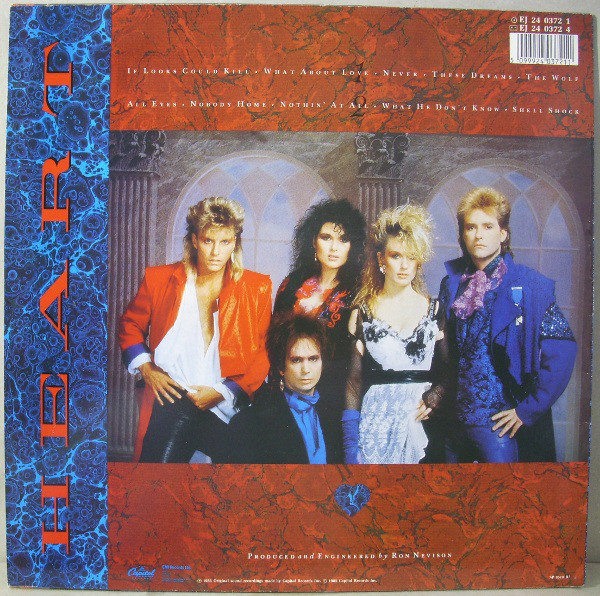 HEART: Heart LP 1985 UK, in excellent condition. CHECK hit singles If Looks Could Kill, What About Love, Never, These Dreams, Nothin’ at All.

“What About Love” and “If Looks Could Kill” are cover songs, originally recorded by Toronto and Pamela Stanley respectively. “These Dreams” was written for Stevie Nicks, but rejected and therefore this Heart version is the first recorded and released. 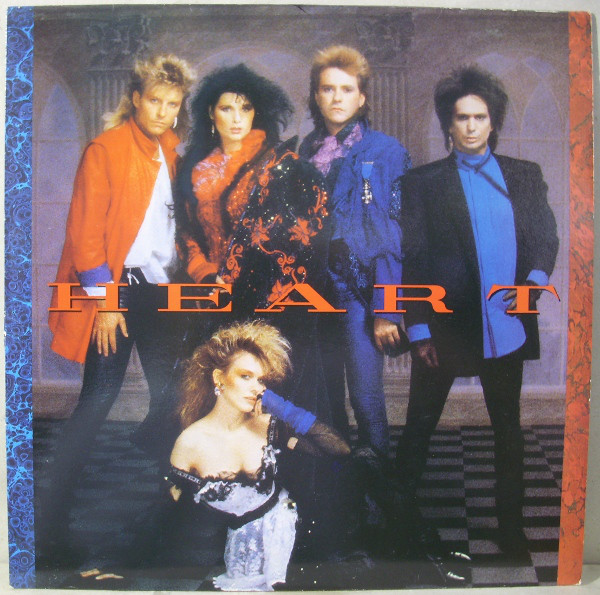 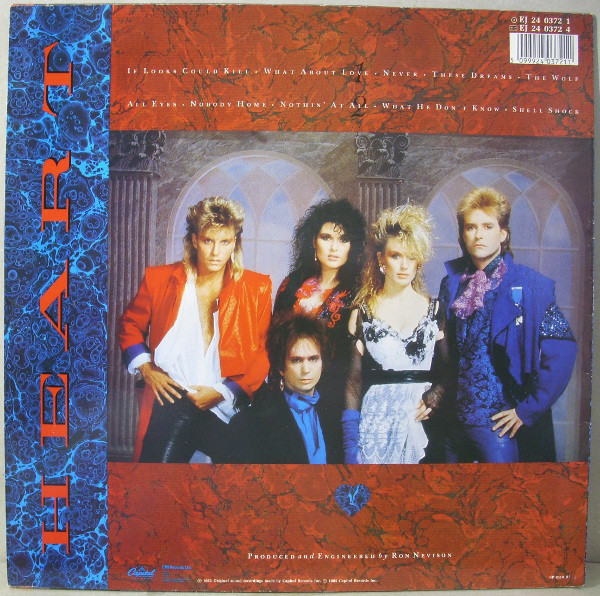 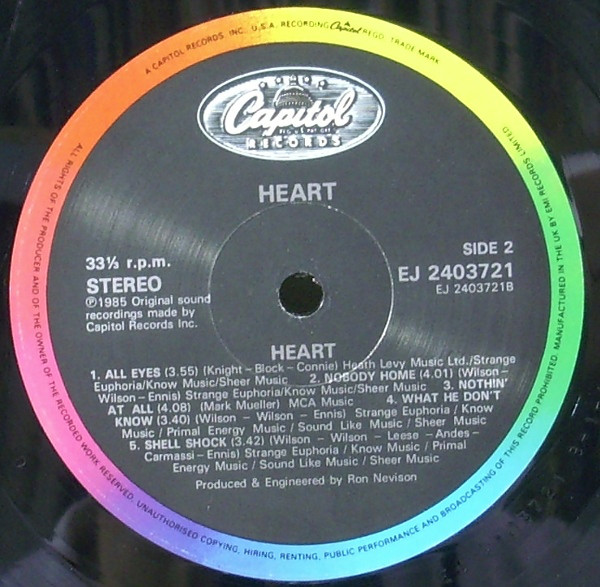 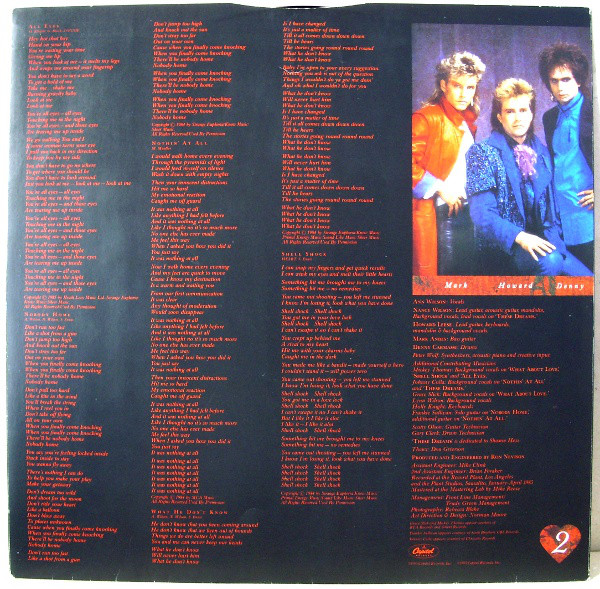 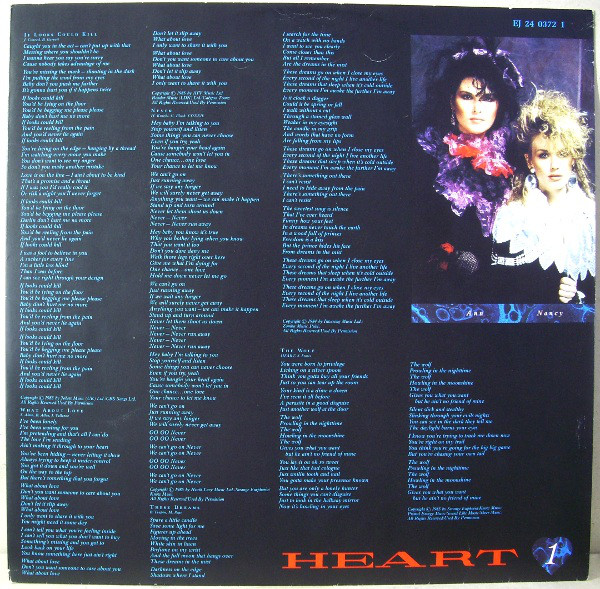 Heart is a rock band whose founding members came from Seattle, Washington, USA in the early 1970s. Going through several lineup changes, the only constant members of the group are sisters Ann and Nancy Wilson.The group rose to fame in the 1970s with their music being influenced by hard rock as well as folk music. After diminishing in popularity by the mid-1980s, the band created a major comeback in 1985, experiencing further success with their power ballads throughout the rest of the decade. By the mid-1990s, Heart left their 1980s’ sound and went back to their hard rock roots which they continue to play today. They have sold over 30 million albums worldwide.Heart was ranked #57 on VH1 “”100 Greatest Artists of Hard Rock””.

Heart is the self-titled eighth album, but ninth album overall, released by Heart. Released in 1985, the album completed the band transition into a pop group, a genre that yielded the band its greatest success by far, marking the band Capitol Records debut, and it spent 92 weeks on the U.S. Billboard 200 and became the only album of the band to hit number one. Sales reached quintuple platinum, after a previous lull. It also yielded the first number-one single for the band: “”These Dreams””.

There were also four other hit singles on the album: “If Looks Could Kill”, “What About Love”

Recorded at the Record Plant, Los Angeles and the Plant Studios, Sausalito, January-April 1985.
Mastered at the Mastering Lab.
“These Dreams” is dedicated to Sharon Hess.
Thanx to Don Grierson.This version omits the LOVE 1 cat#.
Tweet