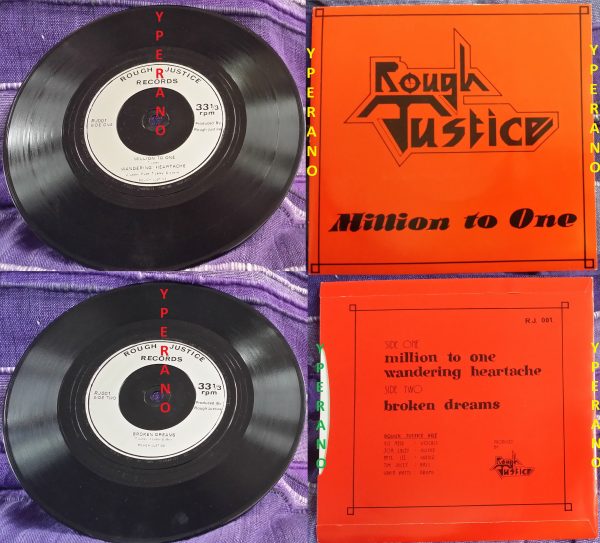 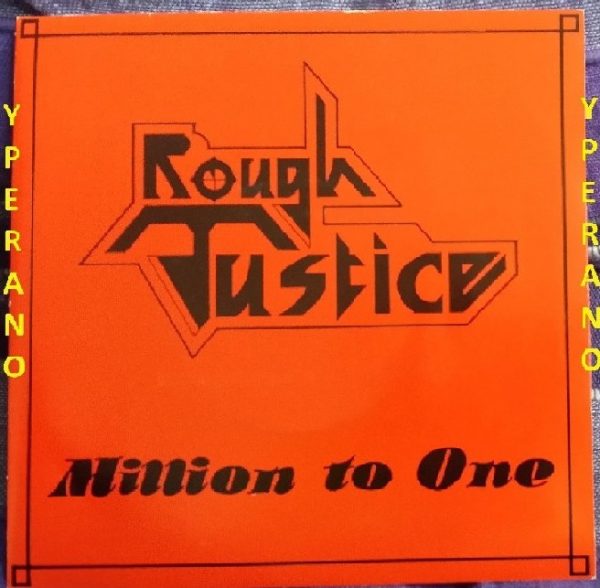 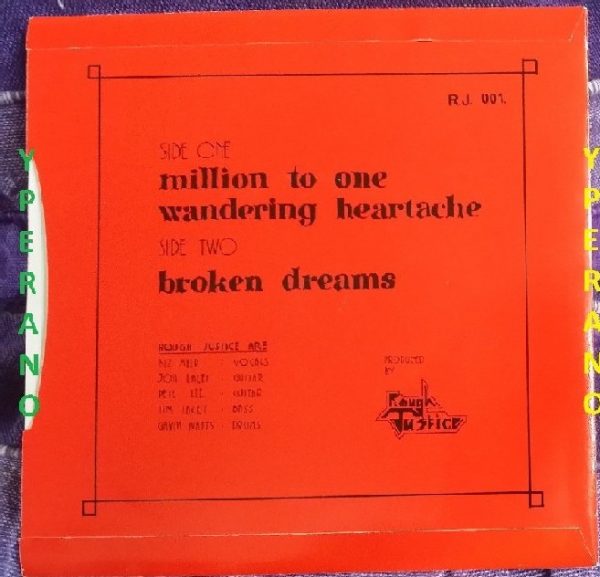 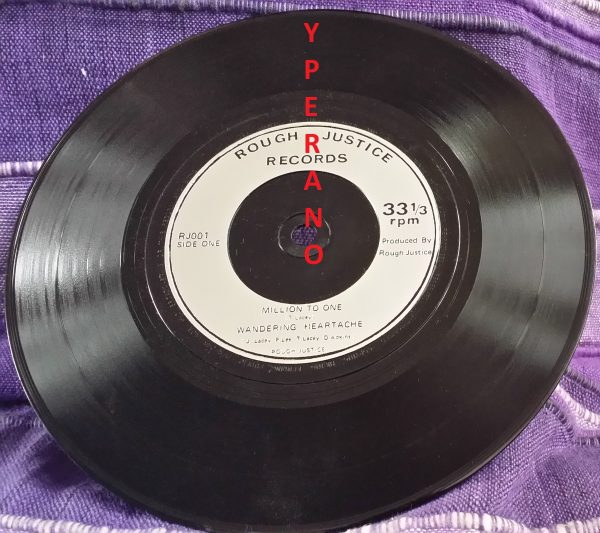 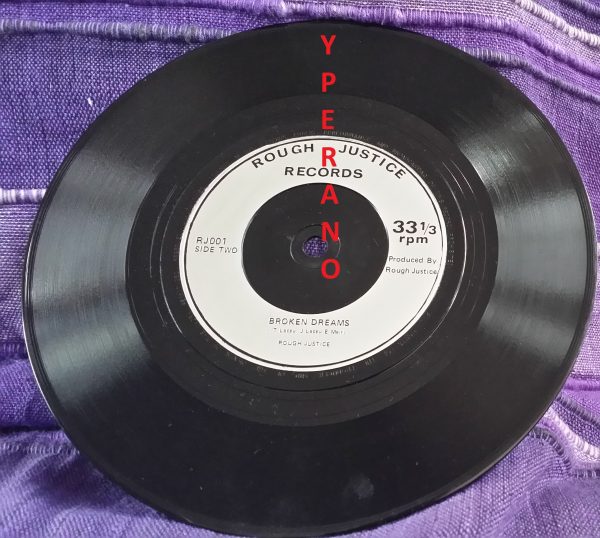 Tracks are:
MILLION TO ONE / WANDERING HEARTACHE / BROKEN DREAMS

Wonderfully melodic lead guitar solos and tasteful vibrato from Pete Lee. Ahead of his time, really. I think the third track showcases Biz’s vocal power best. The guitarist’s melodies were far more effective than constant pure speed playing although he could do that as well. Tim and Biz were 14-15 years old at the time of this recording – Pete was 17 Jon and Gavin were 19 – kids releasing their own songs on a record on their own label, well before you could just bang something out on iTunes!