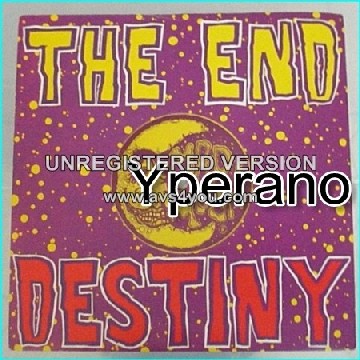 “They can be anthemic without being turgid, moody without being morbid. The End are on a hot bed groove of psychedelic power rock” Chris Watts – Kerrang!,

Revisiting the late ’60s and early ’70s pushing it to the modern days. Ingredients from Atomic Rooster and Arthur Browns Kingdom Come to funky soul groove and bluesy guitar. But the overall effect is balanced on a knife edge. 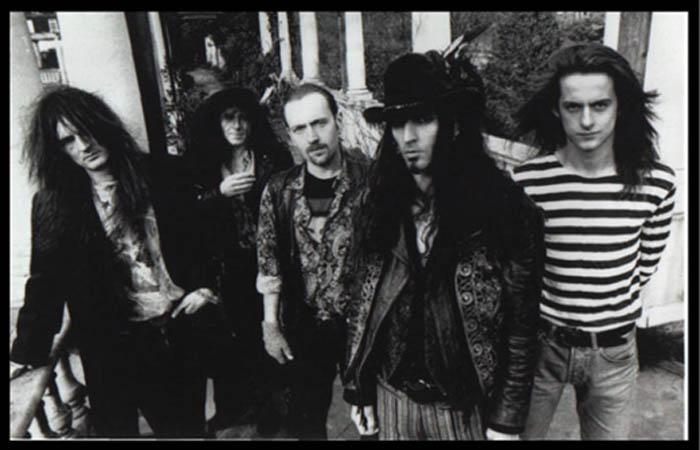 ‘Gusto’ was recorded in four weeks and it’s vital ingredients were a blast of hope in the throws of all the madness. Phil [Phil Manzanera’s from the Roxy Music] allowed THE END to create their own spin-off label which they called’ Mad Moon Records’. Soon they were out on the road promoting the album and supporting an odd collection of bands such as The Ramones, Status Quo, The Damned, Manfred Manns Earthband, Gaye Bykers On Acid, Cockney Rebel, Nina Hagen. As well as doing their own headlining tours out, up and around Europe. The song ‘Destiny’ from the ‘Gusto’ album was released as the 1st single and received moderate airplay on Radio 1 and other select stations with the video being played on MTV. The End had created quite a stir as a band well worth catching live with mostly only positive media coverage. There was one review which eventually rang true, “The End are one of those bands who are too sussed for their own good. They have the kind of appeal which unless backed by clever marketing ( and money ) is likely to go over the heads of the mass populace who seek solace in the depressingly familiar”. Andy Bradshaw / Metal Hammer.   Eventually, after a particularly strange German tour where a chaotic chain of events lead to what seemed like the ultimate challenge for each band member, The End returned home triumphant with the feeling that they survived it. Within two weeks of being back in London The End had crumbled and from tours to tears it was time to turn over the page of this chapter and move on. Clovis went on to join ‘Headswim’ and Rook , Matt and Nick put together raw groovers ‘Lunaseed’.

This is what the press said about THE END , getting a wide cross section of reviews and opinions will give you a better idea than someone who was totally in love with them.

“The End are both soulful and spirited, the two elements apparent in roughly equal amounts, their lyrics dragging an emotional depth all too rare in rock, their music revealing a raw energy”. Push / Melody maker

“The End are bold and hairy, wigged out and wanking over a hot bed groove of psychedelic power rock”. “The End are basically mainman and mad march hare Rook, plus a mountain of spiritual bovver anthems”. Chris watts / Kerrang!

“They are quite probably the most exciting commercial rock outfit to have emerged in yonks”. Ian Watson / Music Week

“After much deliberation we bundled into a taxi and shot up to Camden Underworld, and oh boy, if i’d missed this show i’d have missed what has got to be one of the most inspiring bands that ever blew my ear drums. The End were phenomenal. They posses a quality of natural presence that cannot be fake no matter how hard you try” . Peter grant / Riff Raff

“There are people who love this band like brothers, as the dance floor who move as one , clearly illustrate , but it’s difficult to see The End’s quirky, chameleon-like sound capturing the attention of the average pig-headed Metal fan”. Dave Ling / Raw

“I haven’t heard them before so I don’t know what they’re like live or anything but I like it, I really do”. Sharon Osbourne / Reviewing the Destiny single in Raw

“The End are truly a refreshing experience, as anyone who saw them at their first headline gig at the London Marquee will vouch, and it is this uniqueness which puts them in the same league as Sly, Lenny Kravitz, Led Zeppelin and even the Waterboys. Pigeoning ( if there is such a word ) them into a musical category is too complex”. LA Rock review / America

“One part 60’s psychedelic rock, one part ’70’s Funk/Soul and one part ’80’s punk. Mix them together and you’ve got “Gusto”. You’ve got THE END. You’ve got intriguing style.” Jerry Ewing / Metal Forces

” I think this album is worth the money: It’s good, has a great feel, and the artwork is great. Give it a listen anyway.” RAVE / Australia

“Gusto is a massive, brooding trek through Rook’s book of road poems and untouched by any hokey whimsy”. They can be anthemic without being turgid. Moody without being morbid. In that respect, ‘Gusto’ is a rollicking success”. KKKKK Chris watts / Kerrang!

“Rook and company have contrived over the last couple of years to create a band and identity which is thought-provoking and musically attention grabbing.” Andy Bradshaw / Metal Hammer

Couldn’t ever know when buying it that it would be one of the best rock album of my collection!! indeed… Music market is so cruel. 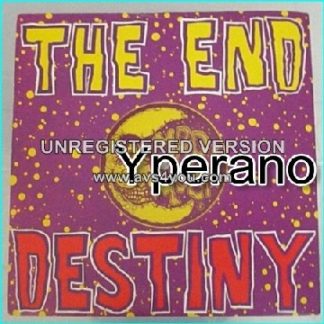