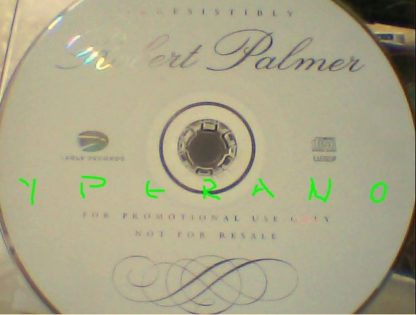 “Simply Irresistible” is the first single released by English rock singer Robert Palmer from the 1988 studio album Heavy Nova and is presented in one of the most distinctive and memorable music videos of the 1980s. In 1988, the song reached #2 on the Billboard Hot 100 singles chart (behind “Sweet Child o’ Mine” by Guns N’ Roses) and was #1 on the Billboard Hot Mainstream Rock Tracks chart for three weeks.  It also earned Palmer his second Grammy Award the following year, and the song was nominated for the Brit Award for Best British Single.
Along with “Addicted to Love” and “I Didn’t Mean to Turn You On”, “Simply Irresistible” is among Palmer’s most recognized songs, in part because of the iconic music video by renowned British fashion photographer Terence Donovan. The video was famously parodied in a Pepsi commercial in 1989, which in turn was parodied in another Pepsi commercial during Super Bowl XXXVI featuring Britney Spears, and again in the music video for Ingrid Michaelson’s single “Girls Chase Boys” in 2014. The video was also parodied in an episode of the television show Northern Exposure.
The videos show Palmer surrounded by enigmatic women, styled in the manner of the artist Patrick Nagel. The video featured the leading supermodels and leading dancers that he met while visiting the Kentucky Derby (Karen Aubrey McElfresh, Kim Jones and Cheryl Day); Donovan’s lighting and direction set the style for that era of music videos.
Notable appearances in other media:
“Simply Irresistible” later appeared in the 1999 Tony Award-winning musical Contact.
It was later featured in the 2000 film American Psycho.
The song was used in the 2013 animated special Madly Madagascar and in the video game Saints Row IV, as well as the show Happy Endings.
This song played in an episode of the American reality television series Dallas Cowboys Cheerleaders: Making the Team on 4 September 2007.
The song has been heard in various TV commercials over the years, including an 1989 ad for Pepsi (Britney Spears did a version of the song in a Pepsi ad that ran during Super Bowl XXXV); a 2018 ad for Chase starring Grand Slam-winning jockey Victor Espinoza; and a 2020 ad for Applebee’s to promote their new Irresist-A-Bowls. It was used by NBC Sports to promote the Spanish-language television coverage in the United States of the 2019 Copa América on Telemundo.

“True Love” is the final single of new material by English vocalist Robert Palmer. The single was released in 1999 as the leading and sole single from the album Rhythm & Blues. The song was written by Alan Mansfield, New Zealand born singer-songwriter and pianist Sharon O’Neill and Palmer. Neill had previously co-written Palmers 1994 album track “Love Takes Time” from the album Honey.

Background:
the track only peaked at #94 in the UK for a total of two weeks.
The single was Palmers first release in four years since the 1995 single “Respect Yourself”. In the time between, Palmer had regrouped with the supergroup The Power Station for the first time since 1985.
“True Love” was produced by Italian sound and mix engineer Pino Pischetola and Palmer.

Promotion:
A music video was created for the single, featuring Palmer singing the song amongst various clips including a couple dancing. The video was shot in black and white whilst the lyrics to the track were added to scroll along the bottom of the video.

Addicted to Love” is a song by English rock singer Robert Palmer released in 1986. The song has become known as his signature song, thanks in part to a highly popular video featuring high fashion models. Other artists have released versions since.
It is the third song on Palmers Riptide album. The most commonly heard version runs around four minutes, but the full album version runs a little over six minutes.
The song entered the Billboard Hot 100 chart the week ending 8 February 1986. The song ended up topping the Billboard Hot 100, as well as the Billboard Top Rock Tracks chart. It was one of the last 45 RPM singles to receive a million-selling Gold certification. It also reached number one in Australia, and number five on the UK Singles Chart.

Background:
Originally intended to be a duet with Chaka Khan, the song was made without her because her record company at the time would not grant her a release to work on Palmer’s label, Island Records. Chaka Khan, however, is still credited for the vocal arrangements in the album liner notes.
Andy Taylor of Duran Duran (and a band-mate of Palmer’s from The Powerstation) provides lead guitar. The other guitar part on the song is played by Eddie Martinez  and keyboards by Wally Badarou. The song is also notable for its unaccompanied drum opening, which has a time signature of 7/4. The rest of the song is in common 4/4 time.
Noddy Holder (the lead vocalist of English rock band Slade) stated in an interview that this song was the main track he wished he’d written himself. “The one main song that I wish that I’d written and recorded is ‘Addicted to Love’ by Robert Palmer. To me, that’s a perfect pop song. Everything about it really hits the nail on the head.”

“Every Kinda People” is a 1978 song originally performed by Robert Palmer on his Double Fun album. It was Palmer’s first Top 40 hit in the U.S., reaching #16. The song was written by Andy Fraser.

Palmer released a re-mixed version of this song on his 1992 compilation album Addictions: Volume 2, as the lead single from that album, ultimately becoming a radio hit peaking at Number 8 on the U.S. Billboard Adult Contemporary charts. Most noteworthy is the near-absence of Bob Babbitt’s bass-heavy guitar hook, replaced by an acoustic guitar figure, giving it an “unplugged” feel as was the fashion at the time by well-established artists remaking past hits as acoustic numbers.

With its blend of Caribbean steel pan, violins and moving lyrics, “Every Kinda People” has become one of Palmer’s best-loved songs, covered multiple times by other artists (including The Mint Juleps (1987), Randy Crawford (1989), Chaka Demus and Pliers (1996), Amy Grant (1996), Jo O’Meara (2002), Joe Cocker (2004) and Ana Popovic (2013)), and cited by music fans and spiritual groups for its positive message of peace and multiculturalism.

“She Makes My Day” is a song by British vocalist Robert Palmer, released in 1988 as the third single from his ninth studio album Heavy Nova. The song was written and produced by Palmer. “She Makes My Day” reached No. 6 in both the UK and Ireland.
In Michael Luckman’s book Alien Rock: The Rock ‘n’ Roll Extraterrestrial Connection, Palmer said of writing the track, “I didn’t give much thought to it at all. It was like automatic writing.”
A music video was filmed to promote the single. It received medium rotation on MTV.
Upon release, Billboard listed the song as a recommended single under the “Pop” category and described it as a “lilting, easy-paced rock ballad”. James Masterton, in his 2015 book The Top 40 Annual 1988, described the song as a “smouldering Sinatra-esque slow jazz single”.  In a retrospective review of Heavy Nova, Terry Staunton of Record Collector felt the song was an “intricately layered ballad” and “arguably the sweetest few minutes in his entire catalogue”.

“Johnny and Mary” is a song written and originally performed by Robert Palmer. Palmer’s version was recorded in 1980 at Compass Point Studios, New Providence, in the Bahamas. The song was featured on Palmer’s album Clues (1980).
“Johnny and Mary” went to no. 44 on the UK Singles Chart, and was a top 40 hit in Canada, Australia, New Zealand, South Africa and several European countries. In Germany, it peaked at no. 7 on the singles chart and spent a total of 23 weeks in the Top 20.In Spain, it peaked at no. 1 on the Spanish singles chart (AFYVE). Though the single did not chart in the US Hot 100, it did reach no. 18 on Billboard’s Club Play Singles chart.
“Johnny and Mary” was used as the signature tune in advertisements promoting Renault cars throughout the 1980s and 1990s. Early adverts used Palmer’s original version, while a range of special recordings in different styles were produced during the 1990s, most famously an acoustic interpretation by Martin Taylor, which he released on his album Spirit of Django. Taylor recorded alternate versions for Renault; the last being in 1998 for the launch of the all-new Renault Clio.
AllMusic suggests that “Johnny and Mary” was the inspiration for Rod Stewart’s later hit “Young Turks”. Both Ellen Foley and Melissa Manchester covered the song within a few years of its release, Placebo revived it again in 2000 and John & Mary & the Valkyries in 2007. 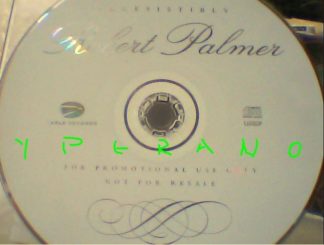