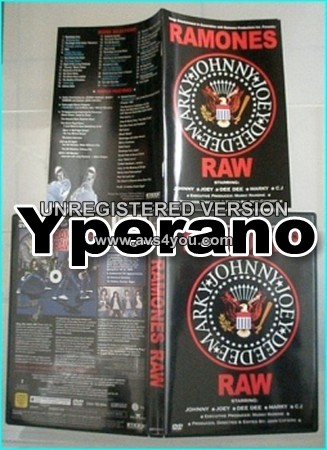 Hey, Ho, Let’s Go! It’s the world-famous Ramones in their first officially authorized DVD! Climb in the van, buckle up and hang on tight to experience life on the road with the founding fathers of punk rock! The band that started it all stars in this comprehensive video scrapbook containing over 5 hours of rare material spanning the Ramones’ history-making career (circa 1979-1996), most of which is seen here exclusively for the first time anywhere! Vintage concert footage (shot on film in 1980, archived and nearly forgotten for over 20 years), rare TV appearances, backstage footage and lots of home videos from the Ramones’ personal archives. This exclusive fly-on-the-wall opportunity is the next best thing to actually being in the band! Featuring an eclectic mix of celebrity guests including The Doors’ Robby Krieger performing live with the Ramones, Eddie Vedder, Carly Simon, ‘Grandpa’ Al Lewis (of TV’s The Munsters), Bono & U2, Debbie Harry and many more! See why the Ramones have stood the test of time with their simple yet immortal brand of music that’s influenced generations the world over. From their humble NYC beginnings at CBGB’s to induction into the Rock and Roll Hall of Fame, the Ramones have done it all, and it’s 30 years of celebrations this year since they first began.

TRACKLISTING:
Blitzkrieg Bop
Teenage Lobotomy
I Wanna Be Sedated
Today Your Love, Tomorrow The World
Rockaway Beach
Chinese Rock
Cretin Hop
I Don’t Want You
Judy Is A Punk
I Can’t Make It On Time
Do You Remember R-n-R Radio?
I Just Wanna Have Something To Do
Sheena Is A Punk Rocker
Rock & Roll High School
Pinhead
Take It As It Comes (with The Doors’ Robby Krieger)
She’s The One
Let’s Go
Gimme Gimme Shock Treatment
Commando
I Don’t Want To Grow Up
R.A.M.O.N.E.S.
Touring”

Be the first to review “RAMONES: Raw DVD” Cancel reply 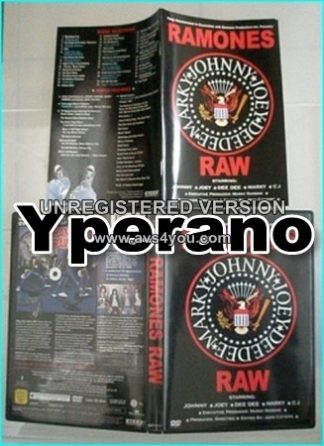