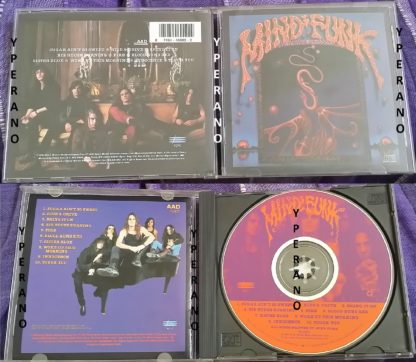 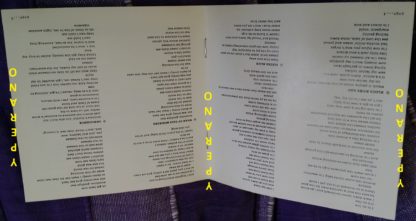 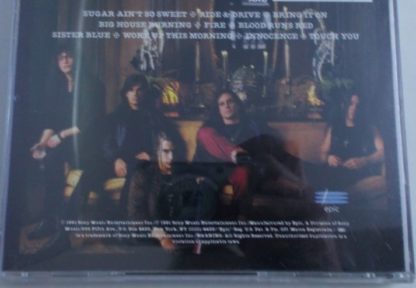 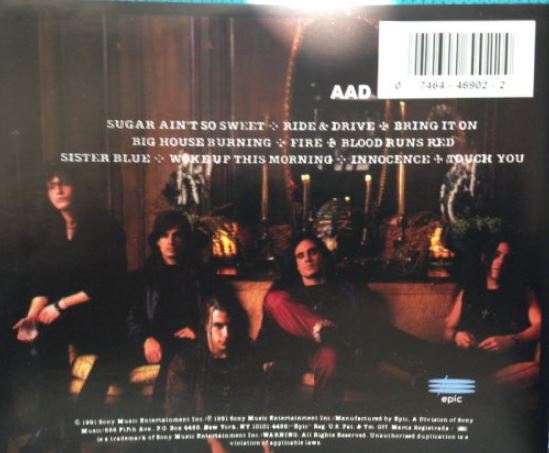 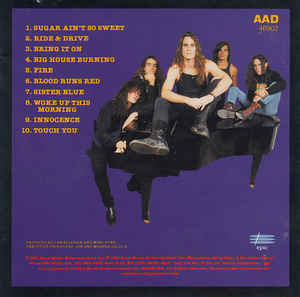 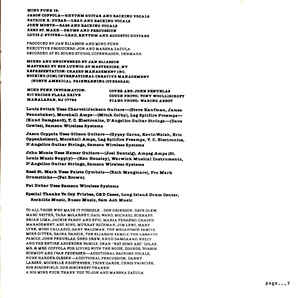 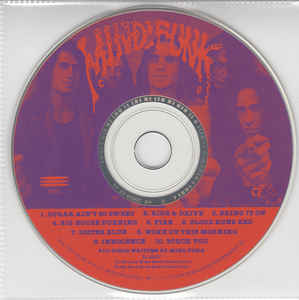 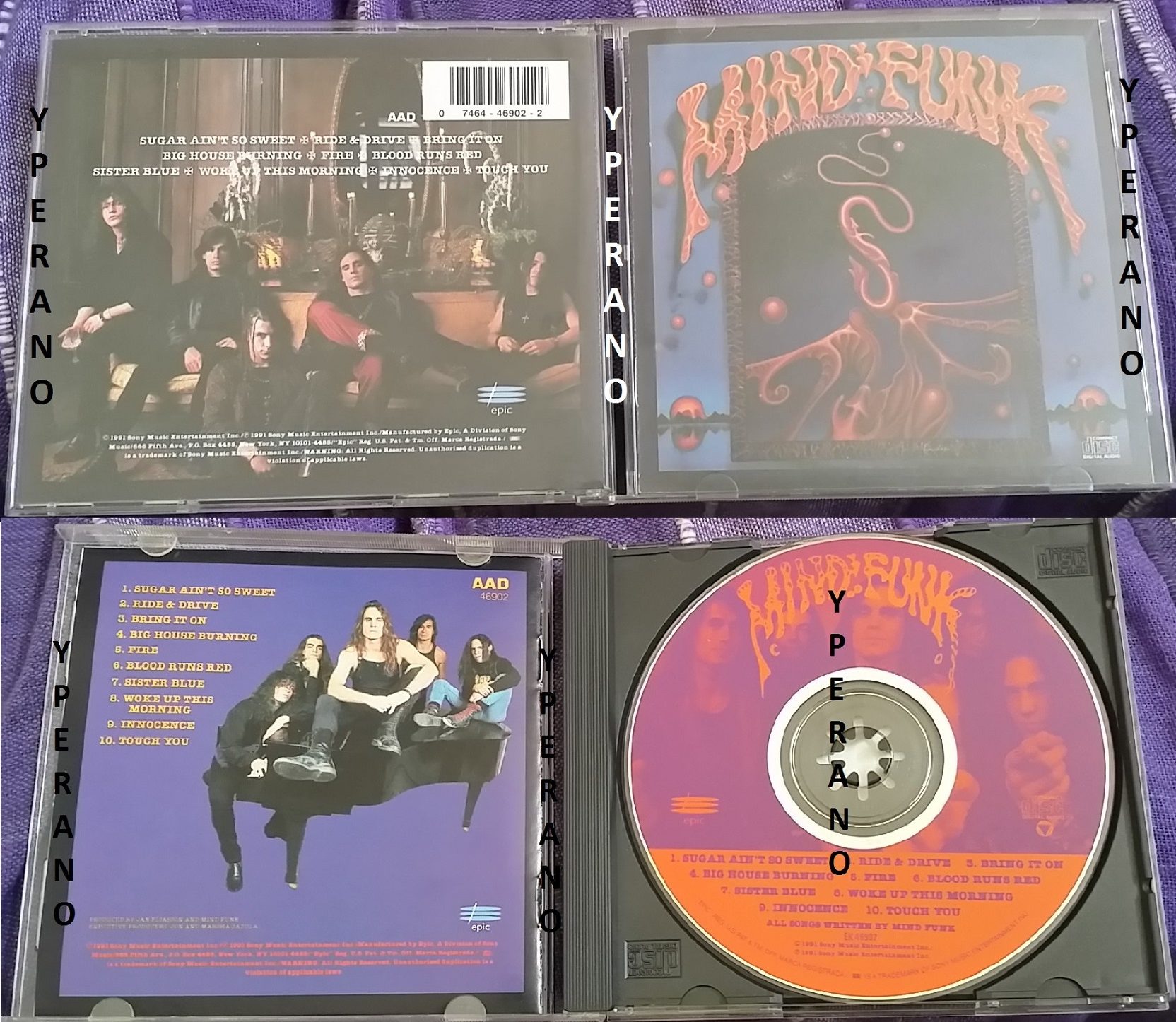 5.0 out of 5 stars One of the BEST albums of all time!,
…a friend saw the album and purchased it even though he never heard of the band before. He immediately made me listen to it! It was incredible! One of the BEST albums of all time! … So I was surprised when I found out that this album didn’t do well and Mind Funk was dropped from their record label. If you like …rock ‘n’ roll like Appetite for Destruction then you have to get this album. I believe it is out of print. The most underrated band and album of all time. If you can find it, get it!
———————————————————
5.0 out of 5 stars Mindfunk go in hard,
The first album from this short lived 90’s funk-punk-metal band and a noisy beast it is too. The ten songs on this album are fast moving numbers which hit like a jack hammer. Blistering waves of crunching guitars with a slight funk-metal edge. They only made this sound once – their follow up album ‘dropped’ while equally as impressive was in a different mould altogether. Its a pity this band did not last – this album is not easy to get hold of now but well worth obtaining if you your tastes include Faith No More, The Ramones and early Tesla.
———————————————————

5.0 out of 5 stars Like no other…,
Mindfunk. This all-star line-up broke through with an album that takes you, the listener, on the ride of a lifetime. Full of energy, anthem, and musical perfection, this self-titled gem is not a concept album, but flows like your favorite horror movie. I cannot think of a band that sounds similar. The style includes wild rock energy, thrash-like guitar crunch, grunge creepiness, and an overall good-time-boy madness. (Borrowing the phrase from RHCPs Mothers Milk opener) The use of the wah pedal, the mad-cowbell, and Zazula’s insane production all go together to create an unmatched carousel of musical insanity that every high-energy rock fan should own. Regardless of where these guys came from (M.O.D.,Ministry, etc.) you cannot guess what this will sound like. If you are into Jane’s Addiction, Faith No More, Red Hot Chili Peppers, Louder Than Love-era Soundgarden and Wrathchild America, you’ll definitely love this album. Songs that stick out include: Sugar Ain’t So Sweet- No better way to start. The cowbell is so loud it almost drains out the fuzz wah wailing guitar. Sister Blue: A bright assortment of acoustic meets gently plugged-in electric blues. The song sways with uncommon percussive rhythms and good, solid lyrics.
———————————————————
5.0 out of 5 stars Great Deal,
I’ve been looking for this CD for a long time. I got it and I am happy.

a huge funkbomb…when all these new acts used some funk elements in their music.. Mindfunk did it the best..they had two videos for the coolest songs on this CD.. with ex Celtic Frost drummer in their ranks this band had to be huge

Since the infamous “M.O.D.” bust up, Bassist “John Monte” and Guitarist “Lou Svitek” regrouped with ex-“Celtic Frost” Drummer “Reed St.Mark”, uniform choice vocalist “Pat Dunbar” and “Chemical Waste” Guitarist “Jason Coppola” for some psycho-funk metal action. Now take a look at this line up and be flabbergasted at the out come of this CD. Not what you’ed expect, but definitely ear candy to the most critical hard rock fan’s. I definitely enjoyed this one!!!

A classic piece of inspired hard rock. yeah sure it had some funk elements and this still blows away the wailing meandering sound of the Chilli Peppers. I used to cover “Touch You” in a band, no one had ever heard the song in good old Newcastle Australia but they seemed to be impressed by the end. A classic example of a great band that deserved so much better.

Really a good band, with a hell of a drummer on this one (a bit too active sometimes). Musically, the band were pretty tight.

For me the singer was the reason i loved this disc-kind of like Mike Patton on the Real Thing. The slow song “Sister Blue” by itself is well worth the price of this disc. DUBAR is a very fine singer, and music made by MINDFUNK would not be bettered by a singer ala DANGER DANGER…

These guys are not Chili Pepper jr.They are a lot more Metal.Anytime a hard rock band plays funk chords(E7/9,Bmin7th) or plays single note funk stabs, people lump them into the Chili pepper camp. Lots of bands play with a funk/hard rock feel…Like the BRILLIANT Electric Boys. It’s all music in the end. Some is just better than others!!!!

Decent heavy rock. Reminds me of a little less commercial Ugly Kid Joe and ‘Sugar ain’t so sweet’ really does it for me.

One of the most underrated bands on the metal scene. Thank god this album exists.Rated 10/10.

One curiosity about this act is that it had 2 guys that were once from the extreme metal scene (Reed St Mark of Celtic Frost fame and Louis J. Svitek of Zoetrope fame).”Innocence” is the best track of the album and these also can be considered goodie ones:”Sugar Ain’t So Sweet”,”Ride And Drive”,”Big House Burning” & “Touch You”.

If I recall, “Big House Burning” and “Sister Blue” both got moderate airplay on Headbanger’s Ball back in ’91. That was just when the show was starting to become a lot more diverse and not just playing the traditional ’80’s style music.

excellent debut for MINDFUNK ,a band that was very talented and could be something more! heavy rock sound with great guitars, hooks and songwriting that always kept the interest! The production is very professional and overall the music is very well written and performed! All the songs are remarkable but “sugar ain’t so sweet” is the highlight! I bought this when it was released and spinned it a lot, as it captured perfectly the early 90 s spirit. 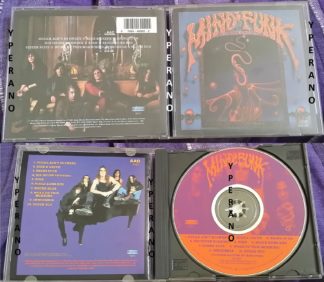