Mama’s Boys second album for Jive, Power & Passion, was their most successful. It cracked the Billboard Top 100 in America and reached the heady heights of No.55 in the UK.

Power & Passion has stood the test of time amazingly well  even if the cover might not have, to some politically correct eyes. But hey, you won’t get any complaints about its depiction of a nude girl covered in a net curtain wielding a dagger, while reclining on a medieval throne, from this quarter. But quite what the Jive Records art department were thinking of at the time is anyone’s guess .

It’s plain that the success of Mama Weer All Crazee Now had influenced Mamas Boys: a lot of the songs here – Hard N Loud and Lettin Go in particular – are big-sounding and basic, with plenty of Noddy Holder-style hollering.

Although Mama s Boys might have slipped off the radar in modern day times I urge you to rediscover this collection of glossy-but-heavy 1980s anthems. The band’s enthusiasm is tangible and there is an endearingly naive feel to their songwriting that tempers an album that was obviously recorded with an eye on the American market.

The standout track remains the band’s finest song, the aforementioned, re-recorded Needle In The Groove, which has the loping feel of early Thin Lizzy and is a masterpiece of double entendre and insinuation – although lyrics like  She s a hi-fi freak who loves to take it to the peak  may go over the heads of the digital download generation!

Running Needle  a close second with Don’t Tell Mama – it’s no surprise that the two songs were coupled together as the first single to be released from the album.

With the sleek and Poison-esque Run and the stomping Straight Forward No Looking Back also providing highlights, the only slight low spots are the title track – a combination of Kiss-style stumble-rock and AOR pretensions – and The Professor II, which is probably the only example of Irish-tinged jazz rock you’re ever likely to hear. (Professor was Pat McManus’ nickname, if memory serves. The Professor I was on the Mama s Boys album.) But normal service is resumed on closing track Let s Get High, which again has a hint of Lizzy, this time with its duelling guitar action.

The stature Mama s Boys enjoyed at the time of the release of Power & Passion was reflected in the size of the UK tour (or rock event , as it was billed) they undertook to promote the album in April and May 1985. Included were major venues such as Birmingham Odeon and London s Dominion Theatre, where the Queen stage show We Will Rock You currently plays.

In the States Mama s Boys supported Bon Jovi and joined up again with their mates from Ratt. The Irish band flew back to the UK to play the Knebworth festival with Deep Purple, and then went straight back to the States. 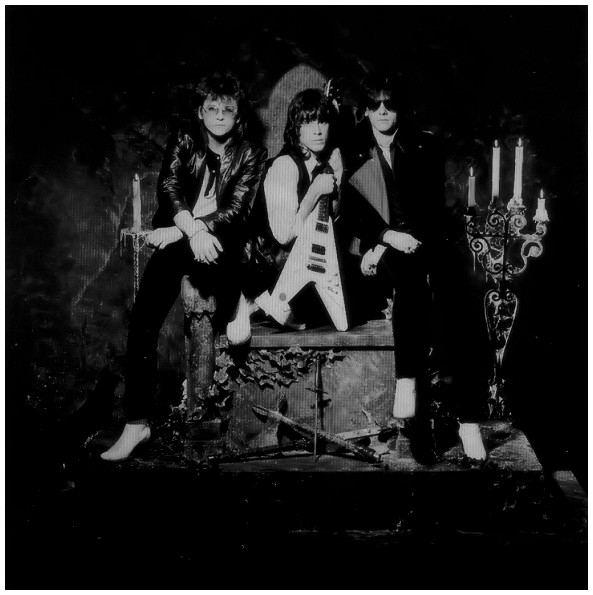