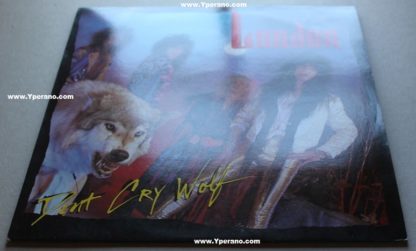 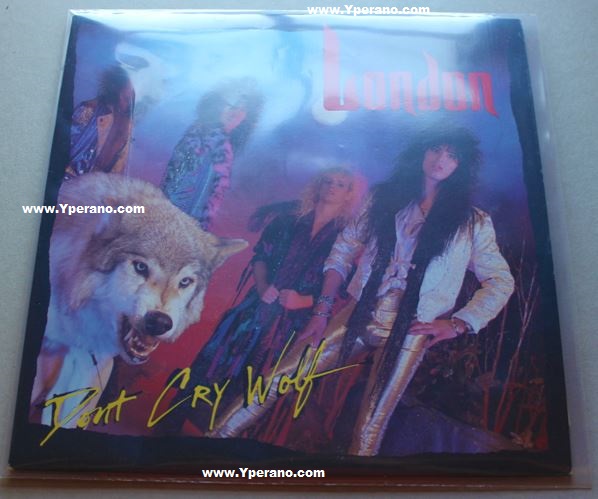 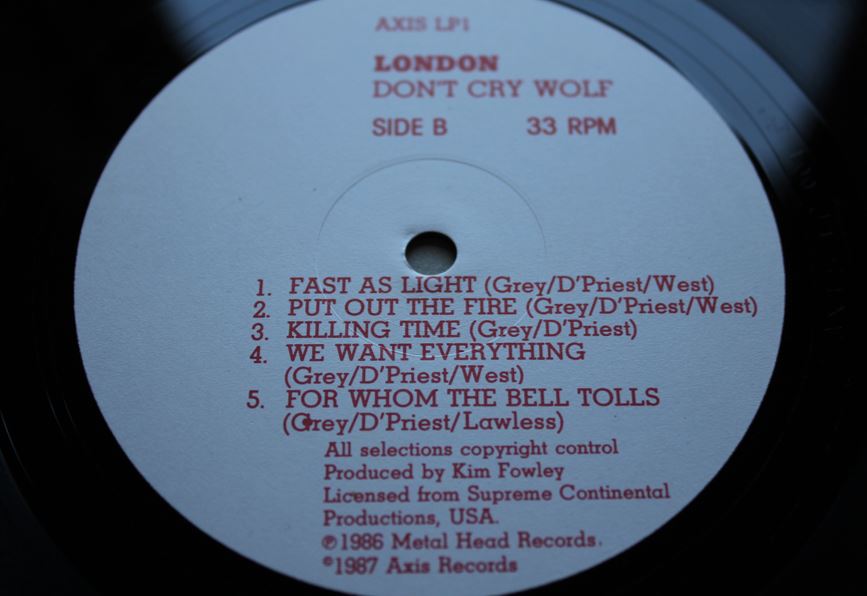 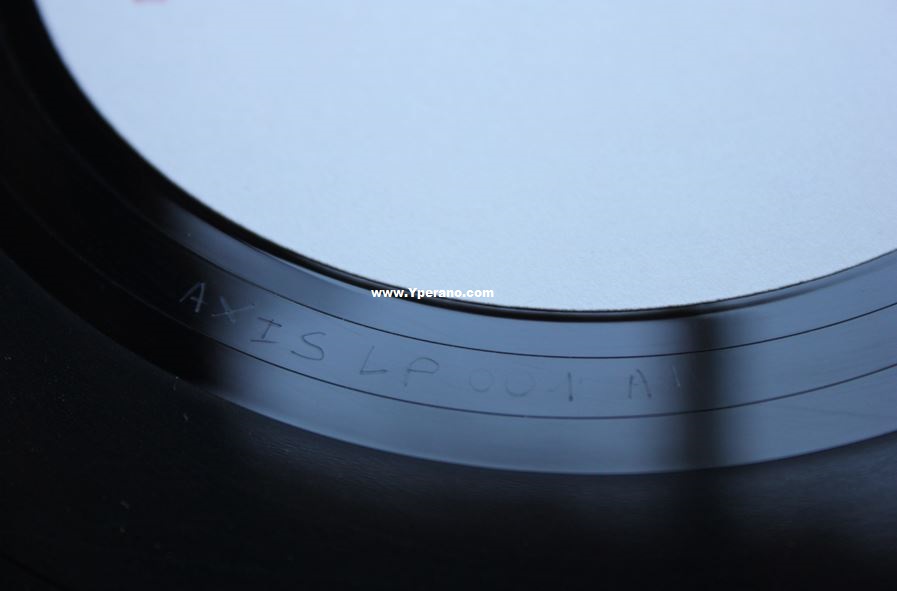 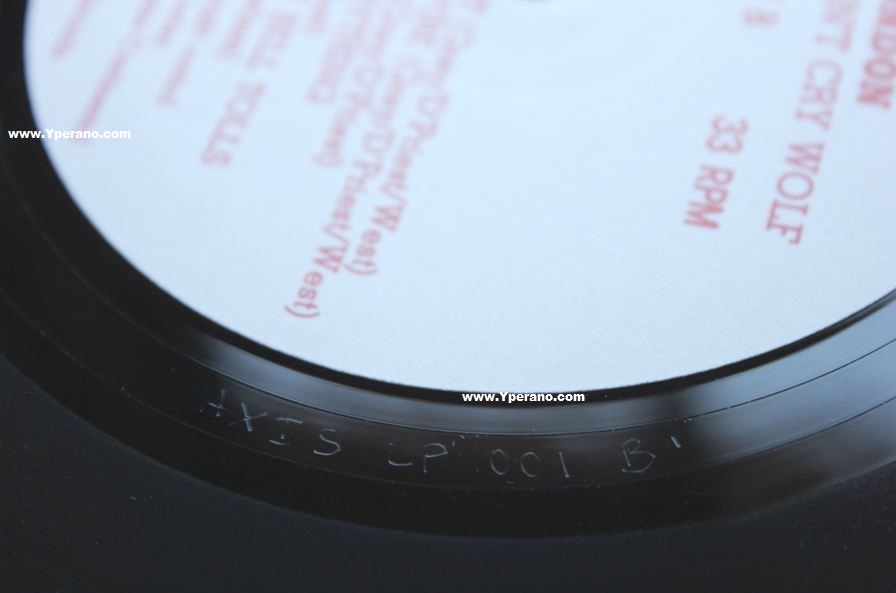 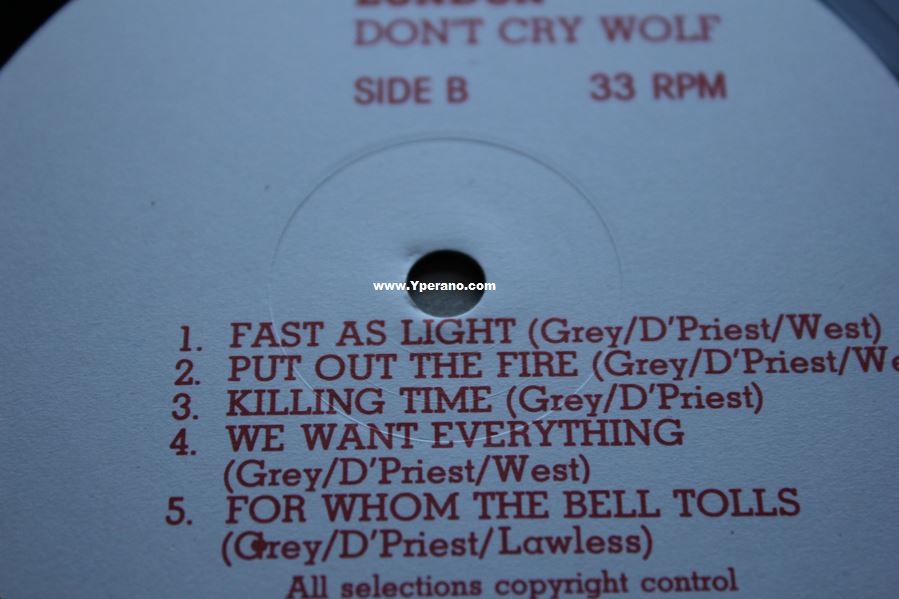 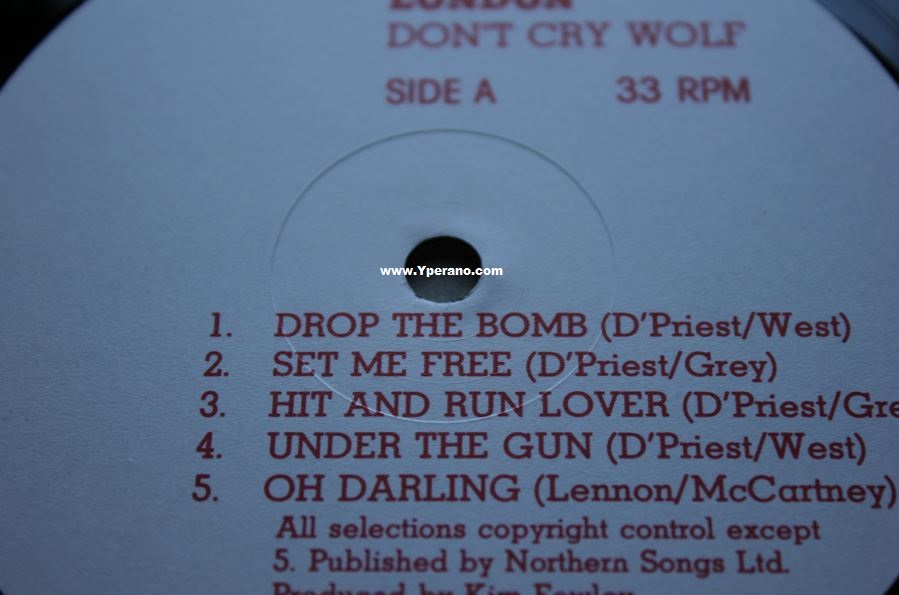 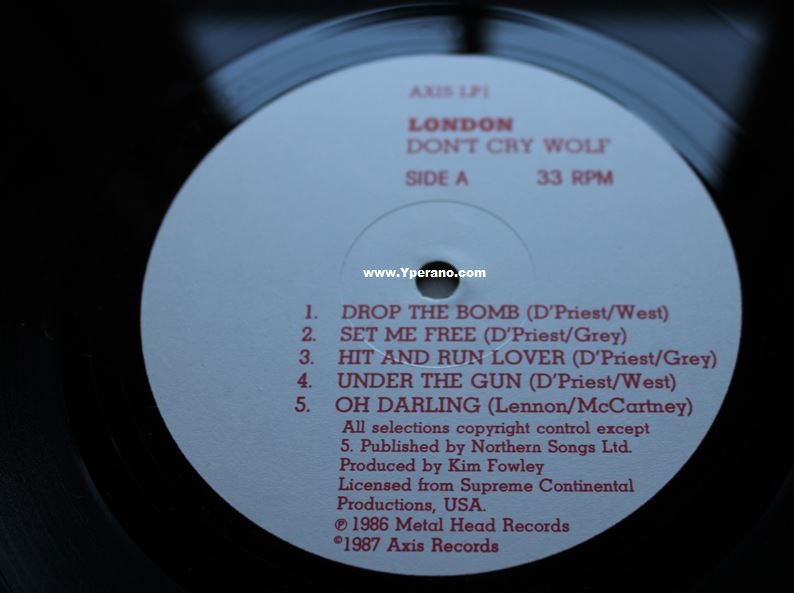 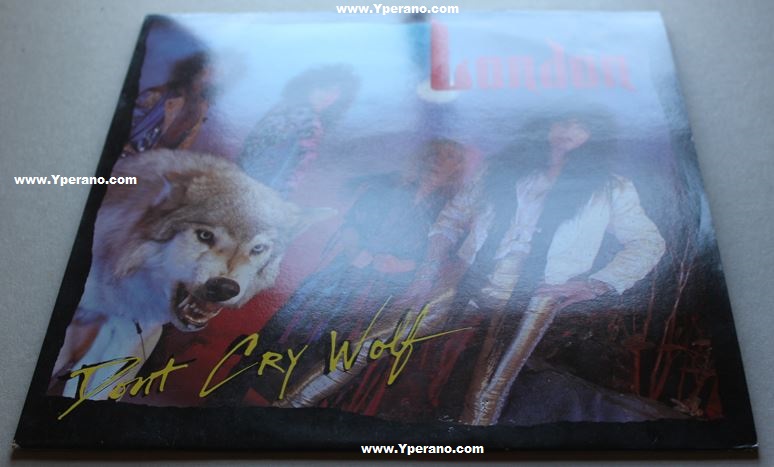 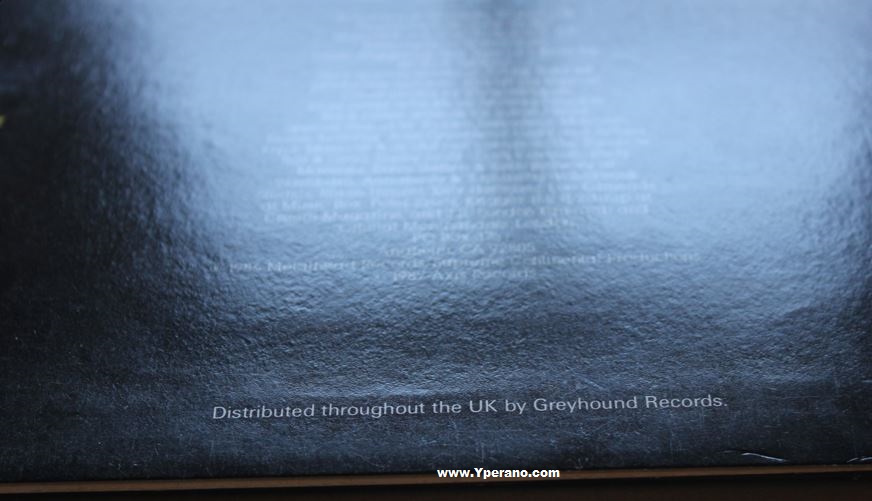 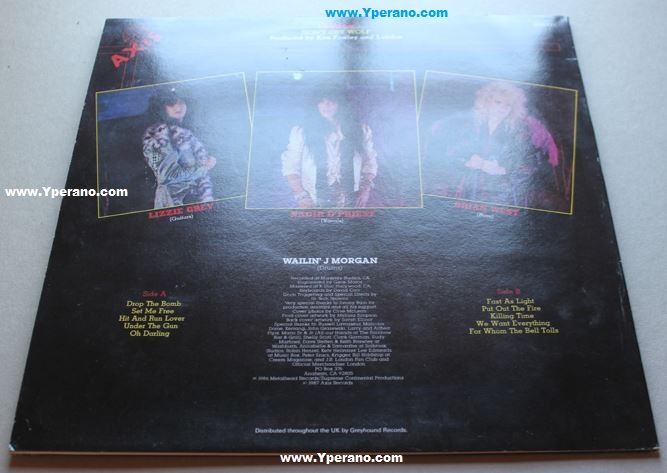 They never got big beyond the three blocks around Gazzarri’s [an infamous nightclub on Sunset Strip], but they were also pioneers on the scene: Blackie Lawless, Izzy Stradlin, Fred Coury and even Nikki Sixx himself all passed through the ranks. They were probably most famous for being captured by Penelope Spheeris for her Decline of Western Civilization Part II: The Metal Years movie, a document that showed the bright side of fame as well as the failure. Of their three albums, 1986’s Don’t Cry Wolf is their best.

…..Director Penelope Spheeris and musician Nadir D’Priest (from London) reminisce about the 80’s metal scene in this commentary clip

….Part of the movie, London discuss (back in the ’80s original)

SIDE ONE :
DROP THE BOMB
SET ME FREE
HIT AND RUN LOVER
UNDER THE GUN
OH DARLING

SIDE TWO :
FAST AS LIGHT
PUT OUT THE FIRE
KILLING TIME
WE WANT EVERYTHING
FOR WHOM THE BELL TOLLS

They Deserve More Recognition This Band and Another Band Called Sister, started The Whole Glam  Scene in LA

London FOR WHOM THE BELL TOLLS:

they were stalwarts of the Sunset Strip Glam scene in the early 80s, and pretty much everyone has been a member of the band at one time or another, including Nikki Sixx, Michael White, Blackie Lawless, Slash, Izzy Stradlin, Brian West (TKO), Fred Coury, and these are only the guys you’ve heard of. Don’t Cry Wolf is the band second record, and surprisingly it quite good. Much much heavier than expected, as many of the songs plow ahead at double time and are stacked with proper Metal riffs. Speaking of which, the riffs are mildly generic and pretty much every one will remind you of another song, but at least that makes ’em memorable. The production by Kim Fowley is huge. Don’t Cry Wolf is a solid record. Give it a shot.

London- Under The Gun: 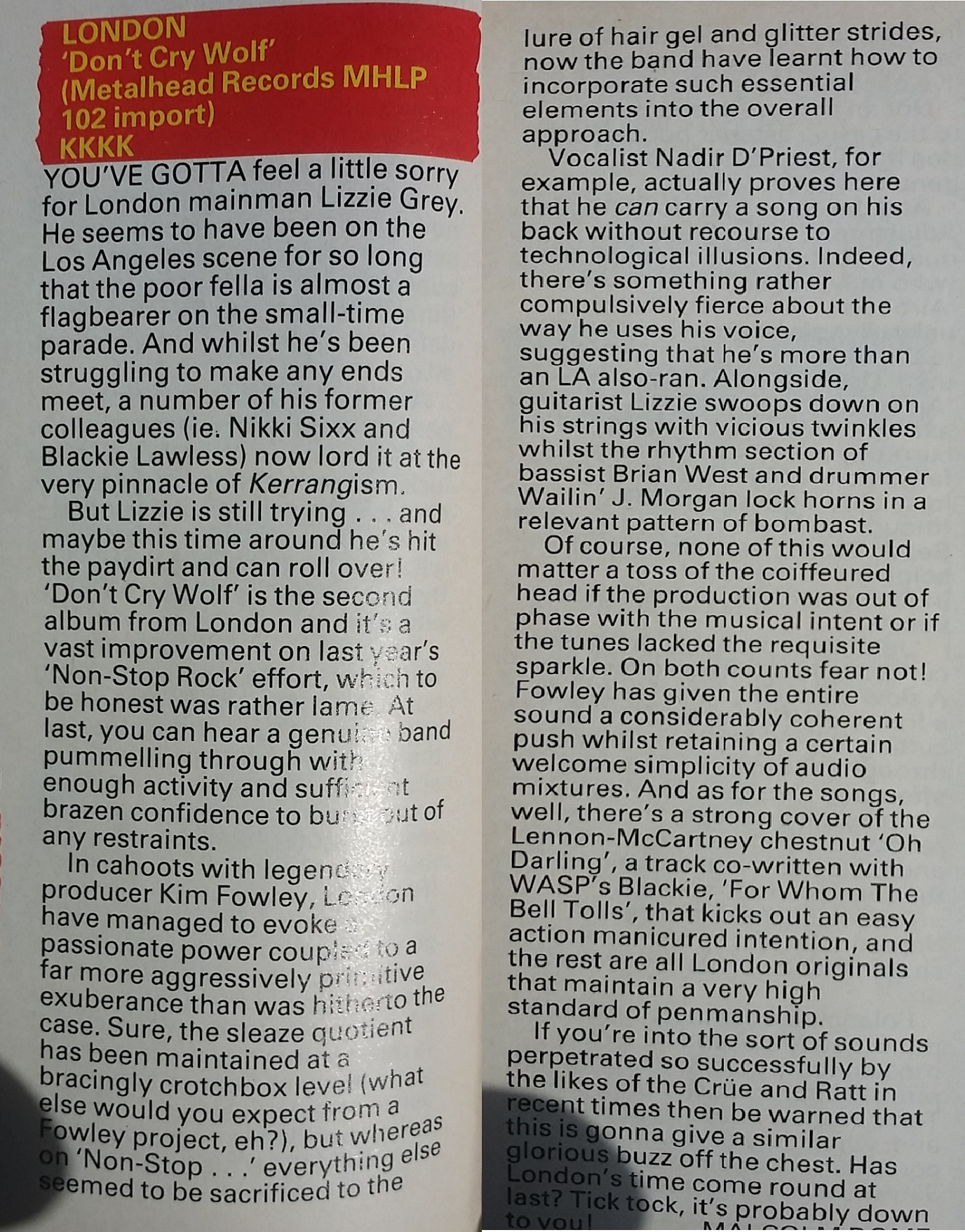 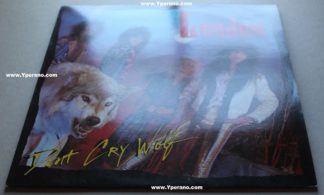