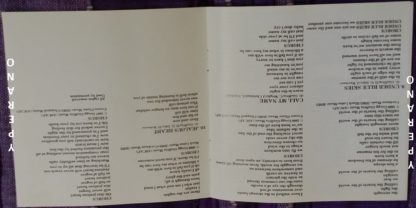 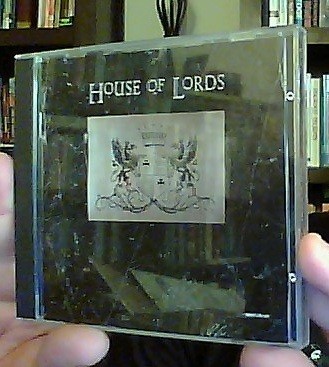 5.0 out of 5 stars
This has always been one of my favorite albums
House Of Lords was formed out of the group “Giuffria”(who released 2 albums, the 1984 self-titled, and the 1986 Silk + Steel). Greg Giuffria (keyboards), Lanny Cordola (guitar), Chuck Wright (bass- who played on the first G. album) and new members, drummer Ken Mary, and vocalist James Christian (who exec producer and label owner Gene Simmons had recommended). The two later releases from this group featured various band members (between the two Giuffria albums, and the three HOL albums, there was never the same line-up twice)! A few songs on this album (Pleasure Palace, Slip of the Tongue, Under Blue Skies, and Jealous Heart) were written during the Giuffria time period, with then vocalist David Glen Isley sharing the writing credit. If you have always had this album, there are no surprises. If not, you missed a classic and now is your chance. The album is a heavy keyboard driven (with a great extended keyboard based intro. to the first track, Pleasure Palace), yet with the guitar parts blending and countering perfectly. The songs range from the heavier side (Pleasure Palace, Slip of the Tongue, Hearts of the World) to upbeat melodic rockers (I Wanna Be Loved, Lookin’ for Strange, Under Blue Skies, Call My Name) to a heavy/power-ballad style where the band really achieves their own sound (Edge Of Your Life, Love Don’t Lie, Jealous Heart). A bonus is the 1 minute acoustic guitar piece by Lanny Cordola prior to the last track, Jealous Heart. This album seems to continue in the direction that the band Giuffria was going in, although overall its heavier than Silk + Steel, yet the instrument arrangements are similar. It is also similar to the two other HOL releases, Sahara and the hard to find Demons Down, as well as James Christians solo album, Rude Awakening (all on sale here).
This album is a collection of well-written songs, expertly arranged, well played, and has a very current heavy kicking sound, especially considering it was originally recorded in 1988. What I feel set this band apart and defined their sound was the complex interplay between the keyboards and guitars. Both are very strong, yet don’t try to overpower each other. All of the songs achieve a sense of power, and retain melodic elements — no screaming or repetitious riffing here! One of my fav albums and a great example of melodic/hard rock.

5.0 out of 5 stars Sizzling Debut
Whew!! This CD simply grabs you and won’t let go! I had purchased this CD several years back on the RCA label.
The opener, “Pleasure Palace”, showcases the keyboard mastery of Gregg Giuffria – one of the most creative players in the rock business. The entire band executes this number perfectly.

James Christian and Lanny Cordola deliver scorching performances on “Jealous Heart”, a track co-written by Giuffria/Eisley. This track is high on emotion and really hits hard. After a few listens you may well concede it to be the finest song on this release.

Yes, this is truly what rock was meant to be. Just think how great rock music would be today if 80s metal was not “intentionally killed” by record companies and disgusting (can you say “baggy”?) 90s fashion and mentality.

5.0 out of 5 stars House of great music,
House of Lords was a terrific band back then in the hair metal era. This first album from the band is surely very consistent from its beginning to its end. Extremely high quality music! I can say that the three albums the band recorded in those years are the pinnacle of Gregg Giuffria music and some of the best music of that decade. Greg was Angels keyboard player in the past and after that he tried another time with a band called Giuffria to reach another huge commercial success and high level of music quality. But he had to wait until House Of Lords were born to obtain another time what he deserved. This music is epic, melodic, powerful hair metal, some of the best music of the period for sure. The sound of the band had great impact. The fusion between nice keyboard sounds and heavy distorted sounds generated an extraordinary powerful amalgama in the hands of these men. James Christian voice was superlative in the category and the song writing consistently high.

5.0 out of 5 stars This is a great one.
I never thought this album would come out remastered. I’m glad I was wrong. This is a good sounding remaster. The base might be just a bit overdone though. I’m always for great base but it seems to overwhelm this disc just a bit. I think overall it does sound better than the old CD, but I have kept the old one just the same until I can compare them a bit more. The music of course is fantastic. Great guitar work, great keys, James Christians vocals are great as well. My favorite tracks are definitely “Lookin’ for Strange”, and “Slip of the Tongue”, although there are no bad ones on this album.

5.0 out of 5 stars I agree with the guy below!!,
I love this album, pure pomp rock style only done with musicianship. every song on here is a masterpiece no denying it. It is one of the best albums released back then its just that not many people knew or cared about these guys. or they got lumped in with those corporate bands. classic album indeed.