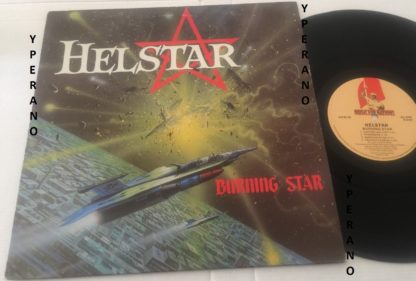 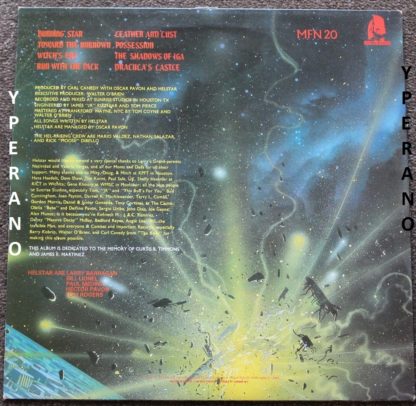 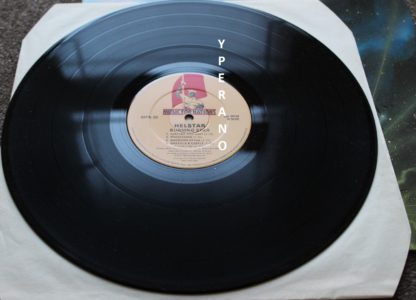 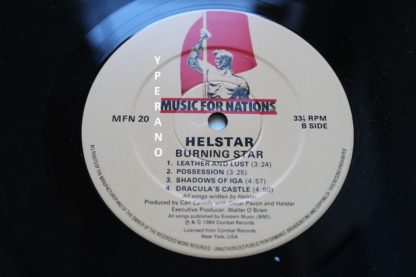 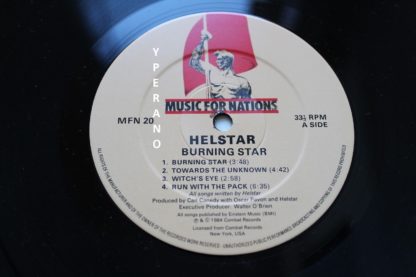 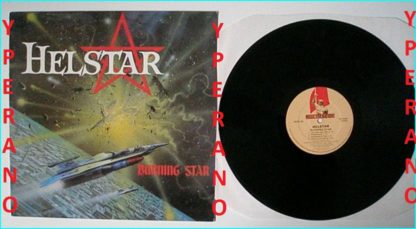 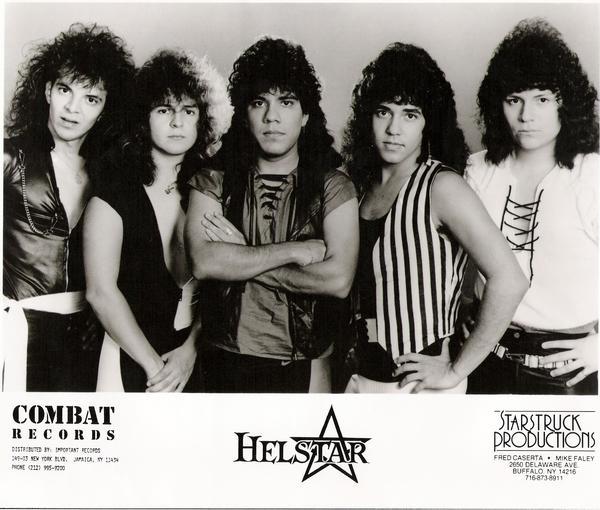 Notes
Recorded and mixed at Sunrise Studios in Houston, Texas.

1984s Burning Star was the debut album from legendary underground metal band Helstar. Helstar was one of a number of American power metal bands that surfaced in the early to mid eighties that were highly influenced by the NWOBHM movement. Helstar as well as other bands like Omen, Warlord, Liege Lord, and to some extent Crimson Glory, Savatage, and Fifth Angel, built upon the foundation established by Judas Priest, Iron Maiden, and the rest of the British metal scene.

When I re listened to Helstar I heard lots of Omen, a touch of Maiden, and even Riot. This Texas metal band has forever been overlooked within the metal scene. I think they were another band that was sorta stuck between the power metal and speed metal scene of the mid eighties. We, the kids were sorta looking for stuff that was faster, heavier and sicker in every way shape and form. Things were becoming extreme in the metal scene, and I think bands like Helstar were sorta lost in that. Its funny because I think as a metalhead I appreciated this one so much more 5-10 years after it came out. The record is a true metal album with NO hints of anything else…just pure 1980s heavy metal. Enjoy this one.

One of the most important US-Metal albums without a doubt is the debut of HELSTAR. Released in 1984 it caught my eye with its great spaceship cover. It was something special that the Texans had to offer us. The extremely high vocals of James Rivera, who then had the pseudonym of Bill Lionel, was absolutely my cup of tea. The MAIDEN-touch was there, but still HELSTAR sounded pretty original, by the cranky vocals alone! Add to that unusual song-arrangements, like with “Toward The Unknown”, where I always have the feeling as if the song was out of tune. Or the “strange” chorus of “Run With The Pack” and the inhuman cries of “Witchs Eye”.

My two absolute favourites are “Shadows Of Iga” with its divine hook-line and the tense “Draculas Castle”. Wait, I still have forgotten the title track and opener “Burning Star”, also an immortal classic! The other, also very good songs cannot keep up with that, but still there is not a single filler on “Burning Star”.

It is one of the most important US-Metal albums of all time and should be in every collection. 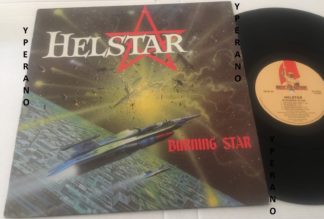