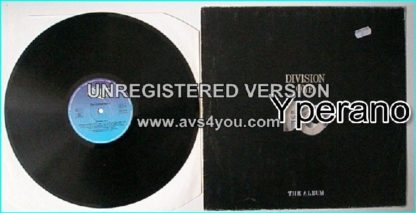 Fantastic album that features half original compositions, and half famous cover songs like the 9 minute full version of Stairway To Heaven.

5.0 out of 5 stars Great album. Every rock fans should have it.,
Personally, I think their version of Stairway to Heaven is better than Led Zeppelins original. It is more catchy. You are the woman also is another great song. Frank Farian (producers of BOney M and Milli Vanilli) really shines in this production. Highly recommended.
——————————————————–

5.0 out of 5 stars Classic!!,
I’ve been downright starving to once again hear this super groups *amazing* version of Zeps “Stairway To Heaven” ….. Ah, the memories this song brings back to me! I LOVE IT!!
There are only a couple of album titles that I used own on vinyl I consider my own personal “Holy Grail” of musical finds. This is the TOP one!! 🙂

A simply amazing album, if for nothing else than the cover of “stairway …”. So if you ever come across this one GRAB IT!!!!!!!! You won’t be disappointed.

————————————————————
5.0 out of 5 stars Just the first track a cover of Led Zeppelin (original can be found on album “Remasters”) “Stairway To Heaven” is worth the money. It isn’t shortened like on some Compilations “Rock Hitbox” 3CD set for example. Frankly it is not easy to pick a bad song on this album. I dunno how some people can criticize it.
It is a great album cuz I already have it on Vinyl

Tracks
1. Stairway To Heaven
2. You Are The Woman
3. One Of Your Lovers
4. Live Inside Your Dreams
5. Johnny Don’t Go The Distance [The great Mel “Year of the Cat” Collins on Sax]
6. Fire And Water
7. If You Could See You Through My Eyes
8. No One Else Will Do
9. Rock ‘n’ Roll Connection

Good AOR band. You have, essentially, a Toto release. SUPERBAND! Their version of Zepplin’s “Stairway to Heaven” in my opinion is better than the original! Just wish Lukes amazing guitar ripping was more prominent in the mix! “Fire And Water” is also a cover (Free). McAuley does a great job on “Stairway” IMO.

————————————————————
McAuley’s voice,on this track,is so similar to Plants.Not bad.
They did a great job on the cover of Stairway To Heaven. No mistake here. No one else had the balls to take on such a well known song and make it their own. Very well done!! 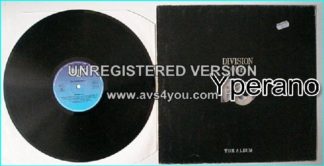