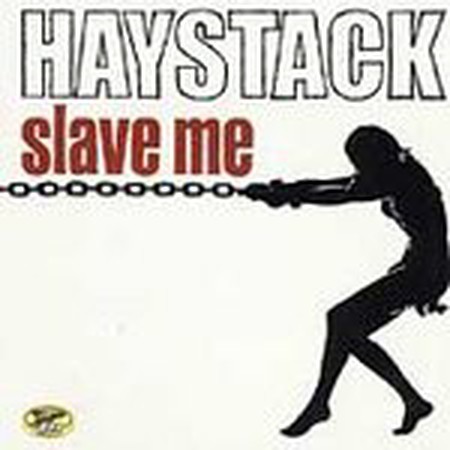 ENTOMBED fans will obviously be interested to get this side project that features Entombed’s guitarist, Uffe. This is best played AT VOLUME. Its aggressively heavy with a characteristic bass sound , kind of similar to Spiritual Beggars, Kyuss and a few other class bands. The guitar is quite Entombed-ish at times Uffe cederlund(Guitar) (Vocals), Jonas Lundberg (Drums), Johan Blomqvist (Bass). Released by M.F.N SLAVE ME was the second album from Swedish punk-metal combo Haystack, featuring the title track and “This Is The Day.”].

This is a pretty obscure one. Unfortunately, considering how damn good it is.

Haystack was born in the mid 90s when Entombeds guitarist Uffe Cederlund decided he wasn’t getting enough of his ideas across in his main band. As Entombed started getting sick of playing metal in general and death metal in particular, guitarist Alex Hellid and drummer Nicke Andersson started moving the band more and more towards rock ‘n’ roll (Entombeds “death ‘n’ roll” peaked with 1997s To Ride, Shoot Straight And Speak The Truth), Uffe felt he needed another outlet for all the music he was writing that didn’t quite fit into what Entombed was doing at the moment.

While Alex and Nicke went nuts over New Bomb Turks, Roky Erickson and Rocket From The Crypt (Nicke formed The Hellacopters to fully let his rawk flag fly, and Alex started his own label, Muse Entity, with bands like stone rockers Misdemeanor on their roster), Uffe drifted more towards strange underground bands playing music that wasn’t easy to categorise. Bands like The Jesus Lizard, Upsidedowncross, God Bullies, The Melvins and especially Unsane became more and more influential to him in his songwriting, as evident on the track Wound on the aforementioned To Ride… album, which sounded more like Unsane than anything Entombed had ever done. After Nicke left the band in 1997 and Uffe took over song writing duties for the follow up, 1998s Same Difference, the rock ‘n’ roll went out the window and the quirky weirdo rock truly came the forefront.

As a result the album was hated by fans because it contained no death metal whatsoever. Same Difference has always been a favorite of mine, and its incredibly sad how misunderstood it is. People just didn’t see the point. Its been seen as Entombeds sell-out album, an attempt to broaden the audience by releasing an “alternative rock album”. Bullshit. The album is probably the most uncompromising thing the band has ever released, and anyone accusing Entombed of trying to become famous simply doesn’t know anything about the band, and they certainly don’t know anything about the stubborn, pig-headed bastard Uffe Cederlund, the grumpy, curly-haired little man who always goes in the opposite direction of everyone else.

But I digress. Haystack (which apart from Uffe on vocals and guitar consisted of Johan Blomqvist from Backyard Babies on bass and Johan Lundberg from A-Bombs on drums) released their first album, Right At You, in 1996, which according to the band members themselves sold about 300 copies. Their second, last and best album Slave Me, came out two years later and didn’t sell either. After this album the band split up, since Uffe felt he suddenly had an outlet for all of his songwriting in Entombed after Nicke left. A few years ago he left Entombed to join crust punk legends Disfear.

There is nothing even remotely original about this band, and they never tried to hide the fact that they were basically an Unsane/Melvins tribute band – albeit with original material. But as always, I’d rather listen to an unoriginal good band than an original bad band. 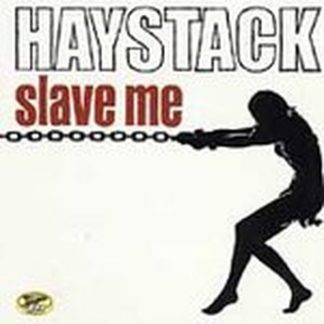