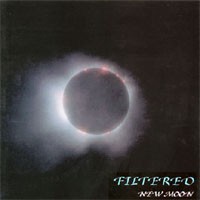 between pop-punk and indie-rock, but also venturing into acoustic ballads, classic rock and – wait for it – rockabilly. Pop hooks and spiky riffs collide in nine varied, memorable songs.
1 One Day
2 Correspondence
3 Weight of the Sermon
4 Rain
5 Mind Games
6 Out of the Ashes
7 Dare to Dream
8 Steering Wheel
9 Circle of One
SAMPLES:  http://www.cdbaby.com/cd/filtered

Filtered are a rock/pop band from the UK. Like all bands, they reckon they can’t be pigeon-holed, but if you like crunchy guitars and lyrical songs with catchy choruses, this
could be your thing. Think Husker Du, R.E.M. Teenage Fanclub.

An indie-rock trio from London, UK, active between 2000 and 2006. Kabir Sheikh (guitar/vocal) and Fraser Whitehead (bass) had played in various bands before the duo recorded Filtered’s debut album, “”New Moon””, in January 2001. Reviews stated ‘Filtered have plenty of strong melodies [and] brilliant songs, played by fine musicians… a new force to be reckoned with in the genre.’ The album received airplay in the UK, Germany, the US and Holland. Shortly after their summer 2002 UK tour, drummer Nick Gipson was recruited and the three-piece recorded the pop EP, “”Nicotine and Tar””, of which reviewers noted ‘a big improvement. The band is clearly starting to develop an identity of their own’ playing ‘anthemic radio rock’ and ‘daring to be uplifting rather than mining melancholy’. Filtered’s second and final album, the definitive “”See Straight Through”” (2004), saw a complete assimilation of their pop, punk, indie and even progressive rock influences into a whole, with more complex songs and arrangements. A busy 2005 saw the release of the “”Shaping the Truth”” EP and as a live band, their explosive sets and a chance meeting led to the band touring Slovakia in May 2006.

Very good!
I honestly have to say that Filtered has a lot going for them. I have just got finished playing this CD and it took me away. If you haven’t got yourself a CD by Filtered, you should! I love the song writing very honest and together. Good Luck to Filtered in the future!