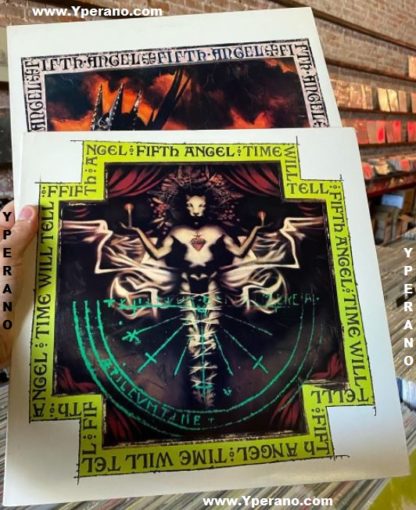 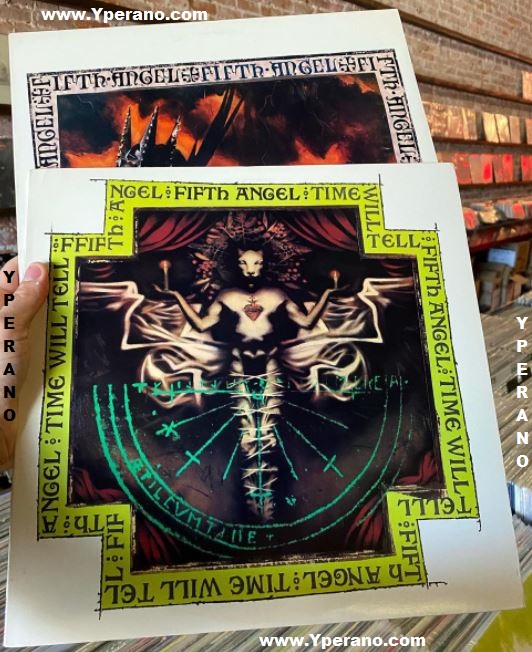 This is the LONG OUT OF PRINT (of course) RARE Official (Genuine) Dutch Vinyl First Press release this is the Best Sounding version in the world!! (it unfortunate that this was never released in Japan on vinyl…so this is the best you can get)
style: US Metal 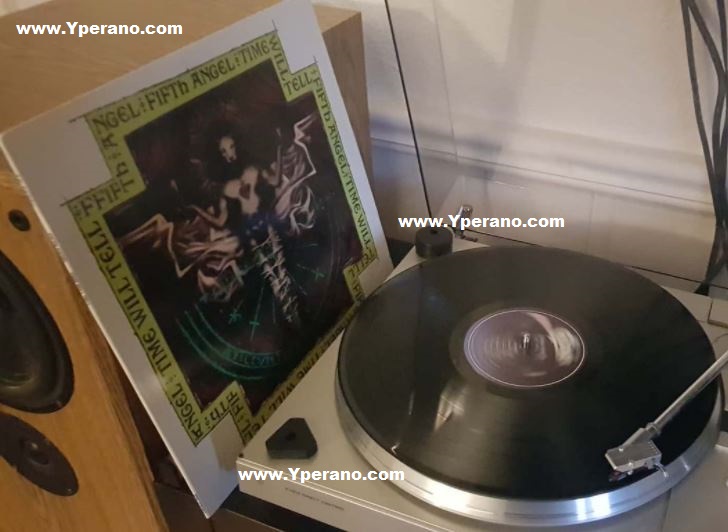 Fifth Angel is an American heavy metal/ power metal band from Bellevue, Washington. Vocalist Ted Pilot, guitarist James Byrd, and drummer Ken Mary formed the group in late 1983 after the success of Washington group Queensryche. Joined by rhythm guitarist Ed Archer in early 1984, they released their self-titled debut on Shrapnel Records in 1986 to positive reception among metal fans. The group was contacted by Concrete Management, and spent two years waiting for the management team to sort out a major label deal for the band. In the meantime, Ken Mary served as a session musician for Alice Cooper, House of Lords, and David Chastain. Their debut was re-released on Epic Records in 1988, by which time Byrd had left for a solo career (to be replaced by Kendall Bechtel). Their second album, Time Will Tell, appeared in 1989, but the group broke up soon after its release.

Ted Pilot – vocals James Byrd – guitar Ken Mary – drums Ed Archer – guitar John Macko – bass FIFTH ANGEL: Time Will Tell (1989) Epic/CBS Records Tracklisting: Cathedral Midnight Love Seven Hours Broken Dreams Time Will Tell Lights Out Wait for Me Angel of Mercy We Rule So Long Feel the Heat Band Members: Ted Pilot (vocals) Kendall Bechtel (lead guitar) Ed Archer (rhythm guitar, keyboards) John Macko (bass, keyboards) All drum tracks: Ken Mary NOTE: The band shot a video for “Time Will Tell” to promote the album. “Broken Dreams” was slated to be another video and the band second single, but the video was never filmed. “Midnight Love” was also the featured theme song to Howard Stern late night TV show. Seattle guitarist Kendall Bechtel replaced Byrd in the band, as writing and recording began for the group follow-up album, Time Will Tell, which was released in late 1989. Although Terry Date was originally slated to do the engineering and production on the record, he was bypassed in favor of Terry Brown. Bassist John Macko wrote in with some details on that issue: “We did want Terry Date to do it but he was too busy at the time and was booked up for months. We probably should have waited, but we were afraid to much time would pass before recording started, so we opted for Terry Brown.” A solid follow-up, the 11-track Time Will Tell featured brilliant guitar leads in the powerful, melodic style found on Fifth Angel debut release – a testament to the skills of Bechtel. While the band heavier, fast-paced style was retained with cuts such as “We Rule” and “Midnight Love,” a mid-tempo, progressive style was also explored in a number of songs, including the lead track “Cathedral,” “Angel of Mercy,” and “Seven Hours.” A blistering cover of UFO “Lights Out” was also on the record, and to the delight of fans, a music video for the title track, “Time Will Tell” was released. With fan and media support behind them, Fifth Angel seemed primed for a successful tour, but the band fractured and dissolved before they could get on the road, right after Time Will Tell hit the shelves. In a nutshell, the label merged, personnel changed, and the support and financing Fifth Angel was promised when they signed never materialized, leaving the band at a crossroads. Having worked for the better part of a decade, only to find the band being an afterthought, the decision was made to disband. 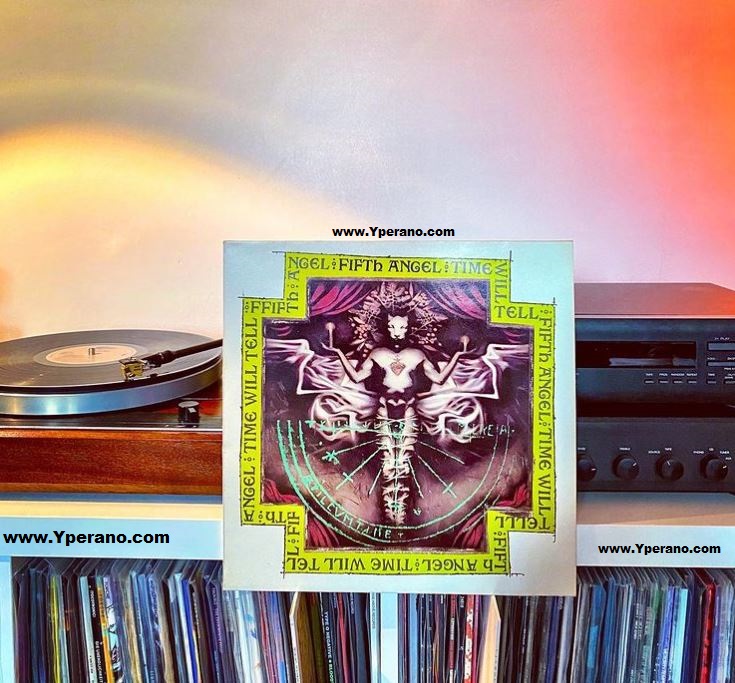 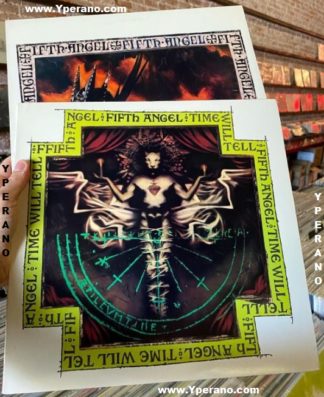