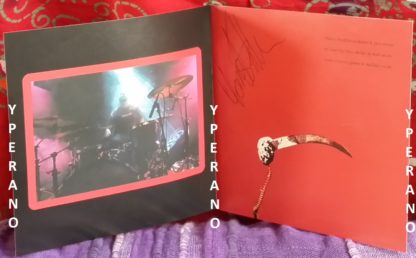 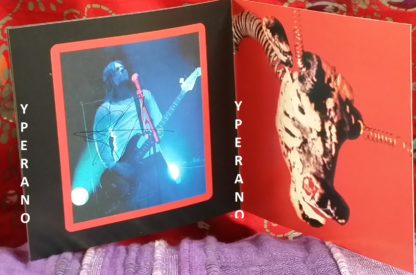 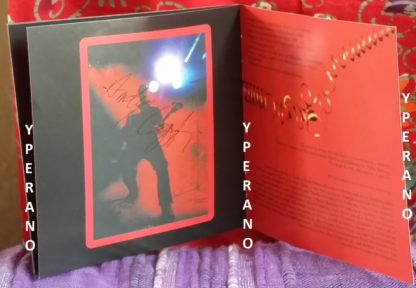 Debut album for Norwegian rock act. Imagine Queens Of The Stone Age & The Cure, blended with a touch of Kyuss & The Doors. 12 tracks including, ‘I’ll Play’, suffer’ & ‘Oh You’. 2001 release. Out of print / otherwise unavailable edition of this title.

5.0 out of 5 stars Great album, even better band,
Although they seem to be pretty big in Europe (and in Norway, which is also in Europe), El Caco is woefully unknown in the US. No idea why. This is an excellent stoner rock album, and sharper than much of the genre (El Caco is more of a Unida-type band). Their next album, Solid Rest is even better.

One listen to the masters of the road El Caco and the smell of hot leather and burning rubber will return with vengeance. These Norwegian road bandits have the ability to grasp the finer elements of their influences and mould them into their own diverse sound. The bands music is a culmination of three very talented individuals, each with a very eclectic taste in music. Inspired by the best, but never stripping themselves of their own unique identity. Formed in Lillestrøm on the outskirts of Oslo, Norway, the three band members have been working together since 1998. Their musical abilities however, started at a much earlier age. El Cacos debut album Viva, released in 2001 and licenced from Black Balloon Records to Music For Nations worldwide, received amazing reviews almost everywhere, which led to the album being on several critics lists of album of the year in various magazines. After playing several major festivals and various clubs throughout the year, the touring culminated in a 35 day European tour with Nebula in early 2002. This of course did nothing to ruin their reputation for being a phenomenal live band.

5.0 out of 5 stars Good rising stars….
I saw this band supporting “Nebula” at the Mean Fiddler on the 22nd February and I had to get the record afterwards. These guys are an AMAZING live band and the album really reflects how heavy they get. “I Spill the water” is a superb song, sounded amazing live. Other standouts include “Suffer” and “Cosmic”. Generally the album is solid “stoner” (hate the phrase but…) rock with a large Kyuss influence present there. Sounding quite a bit like early “Wretch” era Kyuss combined with quite classic metal vocals. They tune right down, i met the guitarist who told me they play in C# tuning, very heavy.
Definitely a great up and coming band here, this record is well worth getting, and catch them live if you can, a really tight act.

5.0 out of 5 stars Excellent!
After seeing them live at their first UK gig, I just had to get the album and I was pleasantly surprised! The Norwegian Trio play a hint of American/Mexican style rock to great effect. Well Recommended.

4.0 out of 5 stars Viva El Caco!
This release was one of my most awaited ones this year. After experiencing this power trio from Norway live a few times, I wanted something to put into my Cd player at home as well. This album ranges from the hardness of bands like Kyuss, to the groovy riffs we remember from Fu Manchu, and the melodic tunes like those from Queens of the Stoneage’s “Rated R”. My favourite tracks on the “Viva” album are the opening track “I’ll Play”, the lovely tune “Oh You”, and their first single from the album, “Cosmic”. This Cd is a must in your collection if you are a true rock fan, and if you get the chance to see them live, you would be a fool to miss it…