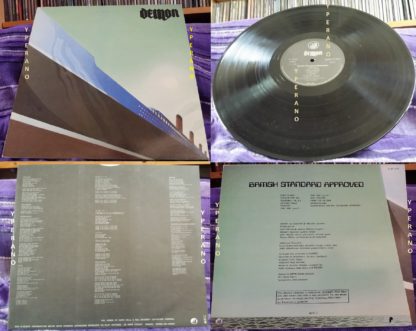 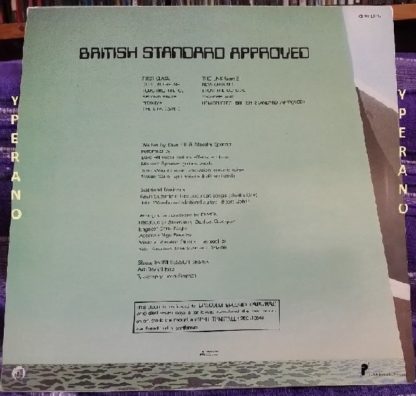 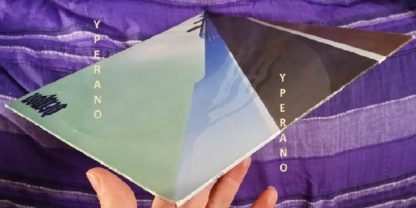 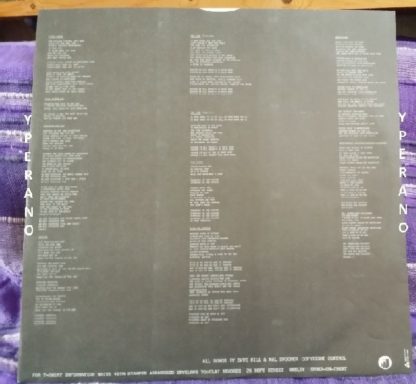 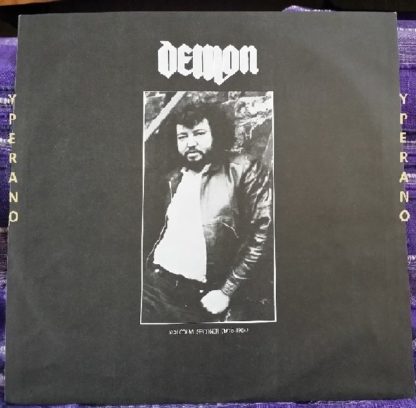 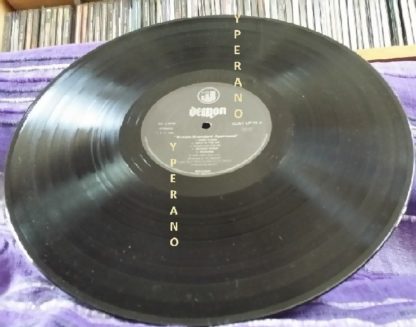 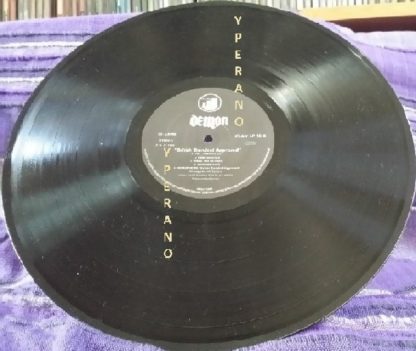 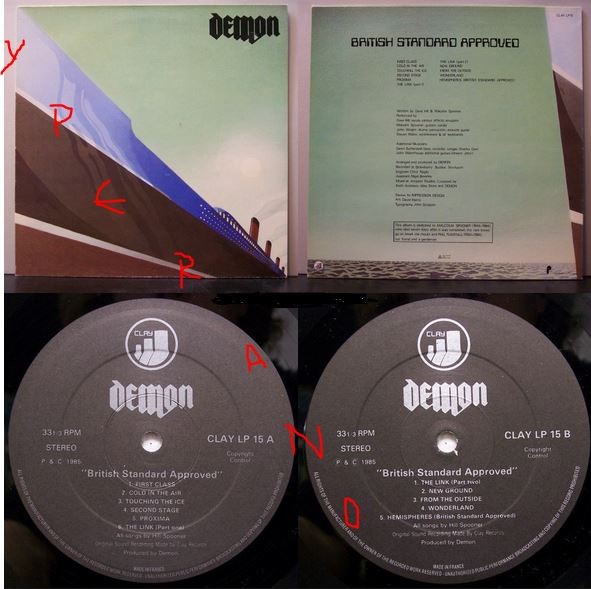 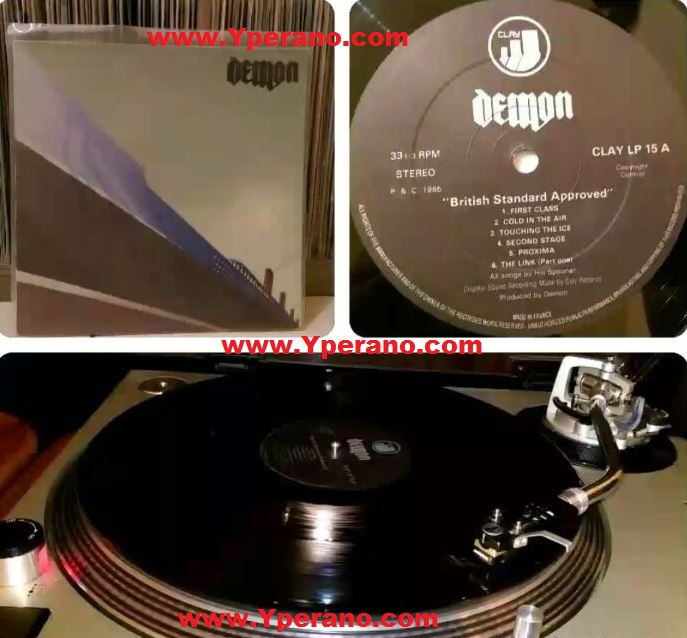 5.0 out of 5 stars an unknown British masterpiece
The British Rock Band “Demon” surfaced round about the New Wave of British Heavy Metal in the Early 80’s. Their first 2 albums, “Night of the Demon” and “The Uninvited Guest” were good rock albums for their time, but their third record “The Plague” broke new ground. The arrangements got sophisticated, ballads and soundscapes appeared and lyrically, they got close to a concept album. This LP, as could have been foreseen, did not reach the charts and disappointed the standard rock fans. Their fourth record, “British Standard Approved” would go even further into unknown territory, showcasing sound effects, keyboard deliriums and stylistically very different songs, none of them being a standard heavy rock tune. And this was also a concept album evolving around the sinking of the Titanic (or so I think). It contained some of the most original music of that time and one of the best songs I have ever heard: “New Ground”.
Of course, the album flopped and the real tragedy was that guitarist Malcolm Spooner, the mastermind of the record, died 7 days after completing the album. “Demon” would never again make a record for a big record company and would never again make daring music.
This reissue is interesting because the album was unfindable for almost ten years. Even if the keyboard sounds sound a bit dated and the lead vocalist could have adapted his heavy rock style a little bit to the new music, it is surprisingly powerful. In terms of musical revolution made by a previously predictable band, this has to be put in the same file as “Talk Talk”:”Spirit of Eden” and “Radiohead”:”OK Computer”. Dare a listen!

5.0 out of 5 stars New World
This really was new ground for Demon. For them this album was a complete change in direction. Some brilliant tracks especially New Ground. When I first heard this album, twenty years ago I didn’t like it. Have subsequently realised that I was simply comparing very different musical styles, and unfairly. This is a really good album. I still would recommend either the Unexpected Guest of The Plague but having listened to those get this one as well

5.0 out of 5 stars Weird but awesome
I think this album is exceptional cause it goes from the bombastic passages on some tracks well known from their album ‘The Plague’, cool weird atmospheric sounds of some tunes, to nice melodic and more commercial tracks. This an awesome eclectic (metal-prog?) album, showing some of the best Demons, and a nice tribute/legacy from Mal Spooner. Its easy to identify a little British-industrial-foggy-Floyd style. Difficult to categorize, its just good music. 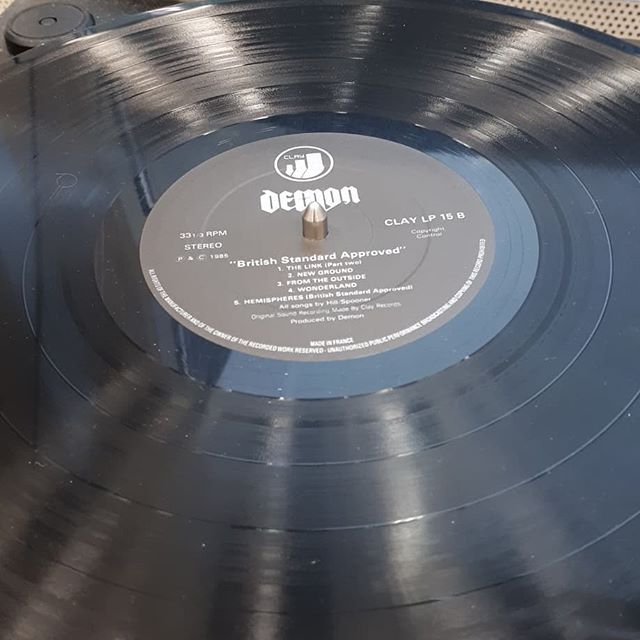 Demon Standard Approved – 97%
British Standard Approved is Demons second flirtation with the progressive hard rock genre. While I prefer several aspects from their previous effort The Plague for its superior composition, this album manages to be of great interest primarily for one reason: a tense atmosphere and story-line.

Throughout much of their career, Demon have always been the kind of rock/metal band to employ other instruments besides the literally British Standard Approved guitars, bass, and drums. Ive heard it all from Demon including keyboards, saxophones, flutes; it never sounds contrived, either. This album called for a heavy use of electronic sounds, and the effects are used excellently to convey powerful feelings of tension as the gears are grinding, wheels are turning, and hearts are beating. Songs like First Class and Second Stage are devoted entirely or mostly to this sort of effect. It really pulls the listener into the narrators boots, which are ones filled with flesh of an anxious man. There is a significant use of buzzing, gradually increasing tones, and mechanical beeps and gurgles. Unsettling clips of conversations and songs are occasionally thrown over them to a compelling result.

When the actual rock music kicks in, its mostly acoustic like some of Led Zeppelin, but with the more progressive and intellectual leanings of something similar to Rush. Electric power chords are sometimes placed to support the acoustic, heavy rock music. Dave Hills lower vocals are just as good as ever, but whats noticeable is how almost intentionally uncatchy the choruses are. It feels like Demon were trying to make sure the hooks rarely distracted the listener from the tale and the environment. Whats memorable here primarily includes catchy patterns of electronic beeps, and the emotional delivering of very simple melodies that create the illusion they are brilliant compositions. My personal favorite from this record, Proxima, is a perfect example of this: Its what you say, and what you do, make for the change in the end. You need to actually here Dave Hill sing it to really understand, but it sounds like hes legitimately holding back a breakdown as he travels over the Atlantic Ocean.

This is a concept album, by the way. It deals with the workers on board a British passenger ship during the early 1900s. The lyrics throughout most of the release are vague and abstract, touching mostly on the intangible emotions and convictions of a shipman rather than any specific turn of events. Of course, I played this expecting a Titanic-esque story about a sinking boat, but I was pleasantly surprised that things were a lot less cliché than that. Physical sinking never necessarily occurs, but what does occur is a crew members psychological plummet into the dark abyss of his mesmerizing, hypnotizing, and concurrently oppressing lifestyle; discrimination from the first-class riders, endless days of tiring work, and finally eight nights below the waterline eventually push him over the railing. 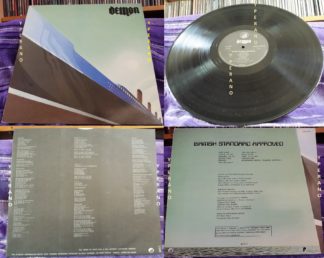