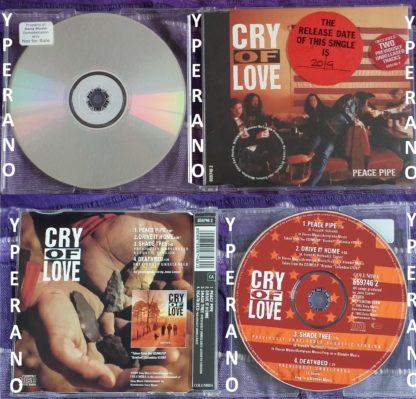 Cry Of Love was an American rock band, formed in 1989 in Raleigh, North Carolina. The group released their debut album in 1993 (Brother), produced by John Custer before playing the Monsters of Rock festival the following year. After this show, their frontman Kelly Holland left the group. They scored a number-one hit on Billboards Mainstream Rock chart with “Peace Pipe” in 1993.
Ex-Lynch Mob and current Warrant singer, Robert Mason, was recruited as Hollands replacement some three years later. Together they recorded a new album in 1997 (Diamonds & Debris), but the band split shortly afterwards.
Former band member Audley Freed was recruited to the Black Crowes in 1998, and he played with the band until October 2001. He also played on Crowes’ lead singer Chris Robinsons second solo album in 2004, and on the subsequent tour.