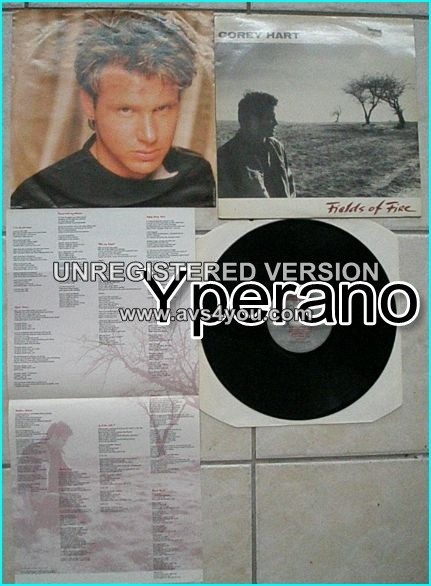 Fields of Fire is the third album by Corey Hart, released in 1986. It generated five charted singles.

The album features that Elvis Presley cover as well as excellent songs such as I AM BY YOUR SIDE another huge hit from this album and DANCING IN MY MIRROR an uptempo rocker and TAKE MY HEART which should have been an huge hit. Album production and mixing is so great that you can find every track really enjoyable.

The hit single, “Sunglasses at Night” propelled Canadian pop star Corey Hart to the top of the charts and helped his debut album, 1983s First Offense, become a major hit in the United States and Canada. Born in Montreal on May 31, 1962, he traveled frequently as a child, living in the Bahamas with his father, but primarily following his mother through Mexico, Spain, and Florida, among other places. His early efforts to sign with Canadian record companies were fruitless; he then went to New York, worked for a while, and returned to Canada, eventually signing a contract with Aquarius Records. His cool, athletic good looks made it easy to promote him as a post-teen sex symbol, but while his songwriting never managed to get very deep, he sang with a passion that made his songs appealing. Boy in the Box, the 1985 follow-up to his debut, produced a hit single with “Never Surrender,” which would remain his highest-charting song. His next album, Fields of Fire, met with some commercial success, but after that, his fortunes began to wane in the United States. His next two albums garnered little attention and 1990s Bang was his last with Aquarius. 1992s Attitude and Virtue was his first album with Sire/Warner, before he joined Columbia and released a self-titled album in 1996 and 1998s Jade, which Hart describes as his best-sung album to date. He continues to write songs and lives in the Bahamas with his wife and three daughters. 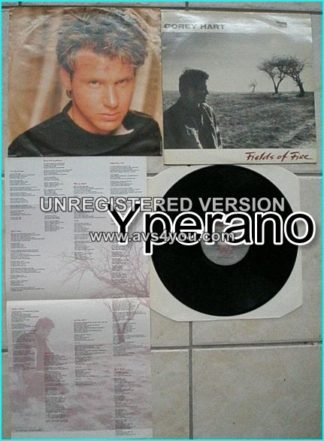