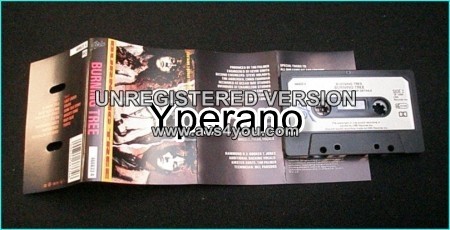 Burning Tree was an American hard rock/blues rock power trio from Los Angeles, California. The band performed from the late 1980s to 1990.

Band leader Marc Ford assembled the highly rated retro trio BURNING TREE in Los Angeles after relocating from Atlanta, Georgia. After playing bars and clubs in Los Angeles and San Francisco, including a valuable residency at the Coconut Teaszer, BURNING TREE were signed to Epic Records within a year after turning down A&M Records. The group was also taken under the wing of ex-QUIET RIOT manager Warren Entner, who also managed FAITH NO MORE and FASTER PUSSYCAT at the time.
The group self-titled debut album, produced by Tim Palmer, received heaps of praise from Rock magazines worldwide. The British ‘Kerrang’ magazine featured a previously unreleased live version of same Old Story’ on a cover mount 7″” flexidisc with issue no. 308.
Ford, following rumours of a request to join GUNS N’ ROSES, taking up an offer from THE BLACK CROWES to replace Jeff Cease. Both Dutton and Gray joined the ex GUNS N’ ROSES guitarist IZZY STRADLIN’ for his new band in 1992. Subsequently Dutton, as Muddy Stardust, put in tenures with L.A. GUNS, STARFUCKERS, COL. PARKER and the GILBY CLARKE band.

Burning Tree self-titled debut album is a perfect example of an album that was a creative triumph but a commercial disaster. Perhaps the band got lost in the corporate shuffle at Epic, or perhaps the problem was that Burning Tree heavy rock was too different from the other heavy rock that was popular at the time. Burning Tree didn’t play glossy pop-metal a la Poison, Warrant, Bon Jovi, or Winger, and it wasn’t a thrash or speed metal band like Metallica, Slayer, or Megadeth. Favoring a very psychedelic approach, the power trio drew on such late-’60s influences as Jimi Hendrix, Cream, Blue Cheer, and the Yardbirds. Tunes like “”Fly On,”” “”Same Old Story,”” and “”Mistreated Lover”” pack an exhilarating high-decibel punch, but the group never loses its strong sense of melody. Aggression and melody prove to be a powerful combination for Burning Tree, a little-known band that should have been famous.
———————————————————————————————-
5.0 out of 5 stars Grab it if you can
Burning Tree came bursting onto the music scene in the late 80s and sadly only managed to release this, their self titled debut. Comprising Guitarist/Vocalist Marc Ford, Bassist/Vocalist Mark Dutton and Drummer/Vocalist Doni Gray, the trio toured England a couple of times, and I was fortunate to see and meet them twice at the Marquee Club and The Borderline Club. Both performances were exceptional, and at the Borderline gig, were joined by Dogs D’Amour members Tyla and Bam Bam for “”Mistreated Lover””. Burning Trees music is indeed retro and the obvious influences are the two most memorable trios ever (Hendrix and Cream). Dutton and Ford share the vocals, but Gray sole contribution on “”Baker Song”” is a delight. Other standout tracks are Fly on,Burning Tree,Last Laugh, Playing in the wind and Masquerade. The break-up of the band resulted in Marc Ford joining Black Crowes as Rich Robinson deputy guitarist. Why they never let him sing, I don’t know. Marc has also released a Solo Album “”Its about time”” which would be described as a Country Rock Album. It is well worth looking into as well. Marc has also played regularly with Government Mule as well, and is known to take the lead vocals on Neil Youngs “”Cortez the Killer””. Great sound, great feel: A great Album. Sadly, there is little chance of a reunion, as they never really gained that much attention in the 1st place.
———————————————————————————————-
5.0 out of 5 stars What was and what could be…
I remember seeing this band on the Sunset Strip in 90/91. It was obvious that Burning Tree stood head and shoulders above pretty much every other band then playing around town. It was like listening to Hendrix, Clapton, Cream, Humble Pie, Neil Young and a few others all rolled into one glorious spectacle.

Then, one night I heard that it was to be the last Burning Tree show, Marc was soon to join the Black Crowes. Well, we all now how that story played out.

Now, nearly 20 years later I’ve found the Burning Tree tape. What luck. For those of you thinking of buying this, all you really have to ask yourself is, do you like the artists I just mentioned. If so, BUY THIS before you can’t get it anymore…!!!
———————————————————————————————-
5.0 out of 5 stars When rock was rock.
Ahh, the late 80 and the last vestiges of cool hard rock. BT was a good power trio. Marc Ford should never have joined the Black Crowes. What could have been, with this band. I was lucky enough to see BT in 89 at the Cat Club in NYC, up close with no one else there. They looked hot and rocked hard. These tracks still kick ass, especially Last Laugh, Burning Tree, and Same Old Story. If only music still sounded like this. Good old guitar, served straight up.
———————————————————————————————-
5.0 out of 5 stars Great Album November
These guys are great. I’ve been listening to this album since I saw them at the Palace in Hollywood in 1999. Excellent blend of rock and blues. I purchase this album whenever I can find it just to give to friends. Looks like they are starting to play together again so we can only hope for a new album.

5.0 out of 5 stars Frogs & Crowes
Focusing on the album I must say that after listening to my expectations have been comfortably exceeded. What power, guys, how many quality shows each of the grooves (well, bits, in this case). Power, emotion and inspiration, three ingredients are rarely aligned as masterfully as here and that results in a round dozen songs. Beginning with the opening cut that serves the same name ‘Burning Tree’ to calm ‘Turtle’, the title closes, all the songs are translated in full of magic moments.

The amplitude of vocal registers which boasts Marc Ford is really incredible, with influences that go through Geddy Lee, Mark Lanegan and Eddie Veder-and the range of influences from a purely musical not overlooked The Doors, Hendrix or Cream. A classic cocktail-flavored but full of details near the burgeoning alternative scene (perhaps under the influence of Neil Young?) – Before which is impossible not to feel a strange-but never mind, sense of deja vu.

The style is that of the classic psychedelic power trio, but they avoid the pitfalls of many such bands by keeping the songwriting to the fore and the guitar solos punchy without being self-indulgent and overlong.

There’s a a hoarse young urgency to the vocals, the bass and drums have all the impact you could ever want and Marc Ford’s guitar evokes Hendrix and Cream-era Clapton. They aren’t afraid to toss in a ballad (Baker’s Song) and a quite poppy, barbed number about the record industry (Crush). In fact the sense of confidence and accomplishment on this, a debut album, is remarkable.

The great shame is that if you too like this album, that’s all there is. The band soon went their separate ways and what a loss! 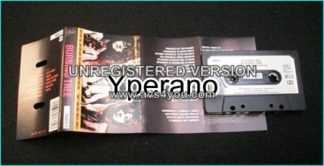