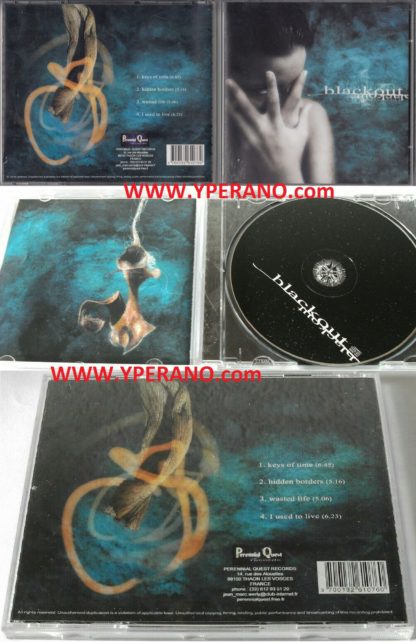 BLACKOUT is a French melodic heavy death band born in 1999 an quality music influenced by everything good in the metal scene. They mix speed, heavy, thrash, death, black and progressive metal in the best way. The songs have some pretty complex structures, with lots of breaks, solos, some very melodic parts and some really enraged others. melodic but powerful, heavy metal, death and thrash, brutal but progressive, the music played by BLACKOUT reminds us such as CHILDREN OF BODOM, DEATH, CORONER, HAMMERFALL at times. BREAKPOINT has developed a guitar-based, against the grain style with miscellaneous, sophisticated riffs. The solid rhythmic bases of the songs put forward catchy choruses, sung either in English or in French. In short, don’t miss this record, it really kicks some serious ass

Formed in 1996, BLACKOUT, a group from the south / east region, made their first demo after having won a local springboard. Despite a more than average sound, we already guess a certain potential. After the arrival of a new bass player who marks a new era for the group, BLACKOUT decides to go further and above all hopes to get things done by recording a self-produced maxi-CD. Apart from the fact that the cover and the artwork are neat (thanks to the work of Denis Bellone), this maxi-CD is mixed by Mamad and Thierry Braets (AGRESSOR, BLOODTHORN, LOFOFORA, DEVILIUM, IMPERIAL SODOMY) at Studio Praxis. Thus unlike the first demo, the three new compounds namely “” Keys of time “” (6’45), “” Hidden borders “” (5’16), “” Wasted life “” (5 ‘

And for good reason “” Keys of time “” calms the listener from the start with an implacable rhythm (which will be from start to finish of the 4 songs if we obviously don’t take into account the short interludes on the piano or synth The song that springs up out of nowhere has improved since the beginnings of the group to reach an impressive maturity which approaches with its features
of aggressiveness and speed, for example, of an Anders Friden (IN FLAMES) or of a Speed ​​(SOILWORK), while retaining a certain essential charisma any identity of a group referring to the voice of its singer. The latter gives way to the guitarist, indisputably gifted by his playing, who puts his clear voice on more mlodic choruses or couplets.
Because the songs of BLACKOUT are composed of subtle breaks between a death / trash carr and purely heavy melodies, moreover lyric. And it is there all the originality of the group which makes all the difference with a major part of the recent combos having talent but no longer able to get out of the conventionalit.Alternating between these two styles without falling for a moment in indigestion, all the breaks follow each other and do not form any weariness their cost.Orchestrs of great manner, they thus allow d ” to offer compact and fluid compositions so much so that the certain talent of each of the musicians is almost forgotten, so much the songs seem of a perfect auditory clarity.

Because even if the musicians are overflowing with quality, they never let themselves go for pointless technical demonstrations that would add to the structure of the songs. This remains contained to give more freshness by suggesting a strong cohesion between the musicians. which allows me to sum up by saying that BLACKOUT plays progressive death / trash coupled with a power-heavy melodique.Oles costs of this cake of 23 minutes will allow you to enjoy a combo full of creative and talented energy whose originality allows you to stand out from a scene that is renewed only too rarely. And it is certainly a considerable asset if not crucial.

Formed in 1996, BLACKOUT group from the south / east region of France, made ?? his first demo after winning a local platform. After the arrival of a new bass player who marks a new era for the band, BLACKOUT decided to go further and especially hoped to move forward manner by recording a self-produced a maxi-CD. Apart from the fact that the cover and artwork are treated (through the work of Denis Bellone), this maxi-CD is mixed by Mamad and Thierry Braets (AGRESSOR, BLOODTHORN, LOFOFORA, DEVILIUM, Imperial Sodomy) at Studio Praxis. And unlike the first demo, the three new songs namely “” Keys of time “” (6’45) “” Hidden borders “” (5’16) “” Wasted Life “” (5’06) and the version of rarange “” Bewitched “” which became the occasion for “” I used to live ” BLACKOUT Because the songs are composed of breaks subtle between death / thrash square and heavy melodies pure, moreover lyriques.Et this is the originality of the group that makes all the difference with most recent combos with talent but more coming s root out the conventionalit. Alternating between these two styles at any time without falling in indigestion, breaks all follow and form no weariness of their coute. Orchestrs great way, they allow us to offer compact and composed of fluid to the point that some of the talent each musician is almost forgotten, so the songs seem a perfect clarity hearing. because even if the musicians are full of quality, they do not leave any time to go to technical demonstrations unnecessary would burden the rest frame of songs. This content to give more freshness hinting at a strong cohesion between musicians. This allows me summarize by saying that BLACKOUT plays death / trash coupled with a progressive power-heavy melodic. Only listen to the 23 minutes you will enjoy a combo full of energy and talented creative originality which allows them to stand out in a scene that is repeated too often. And this is certainly an important asset if it is not crucial. “ 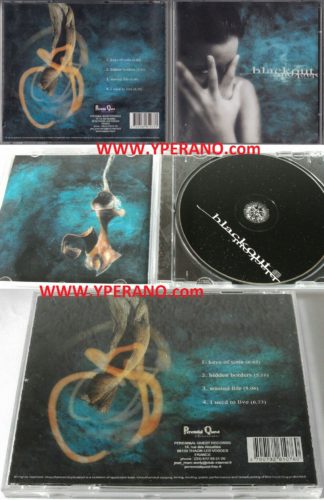