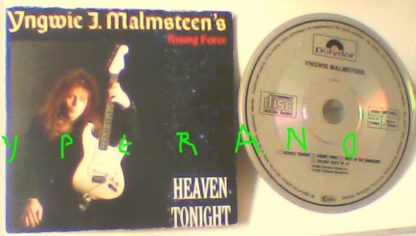 Odyssey his April 1988 released fourth album would be his biggest hit album, mainly because of its first single “Heaven Tonight”. Shows in Russia, Soviet Union, during the Odyssey tour were recorded, and released in 1989 as his fifth album Trial by Fire: Live in Leningrad. The classic Rising Force lineup with Yngwie, Jens and Anders split in 1989 when Jens joined Dio and Anders Blue Murder.
Malmsteens Neo-classical style of metal became popular among some guitarists during the mid-1980s, with contemporaries such as Jason Becker, Paul Gilbert, Marty Friedman, Tony MacAlpine and Vinnie Moore becoming prominent. In late 1988, Malmsteen’

s signature Fender Stratocaster guitar was released, making him and Eric Clapton the first artists to be honored by Fender. 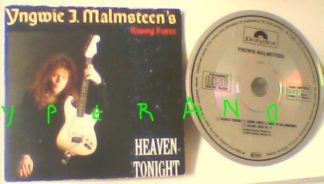