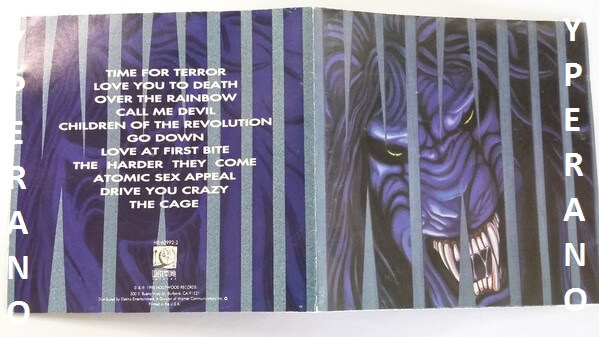 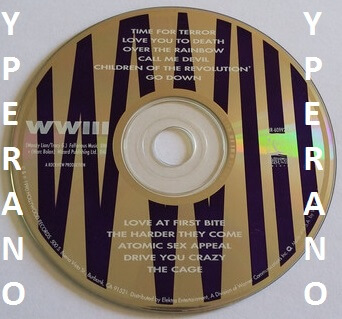 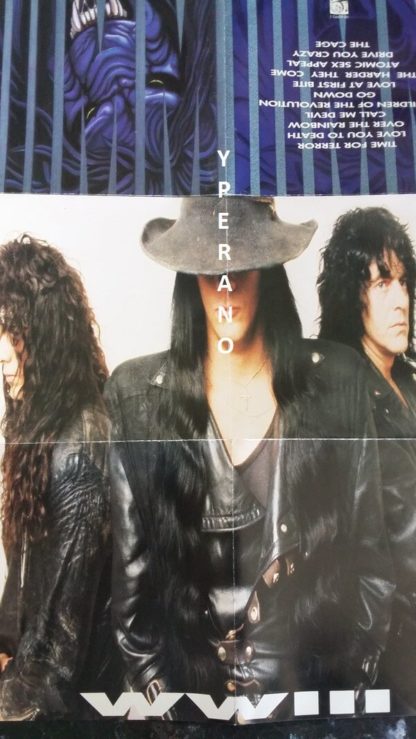 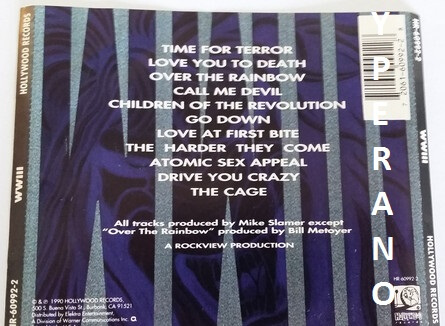 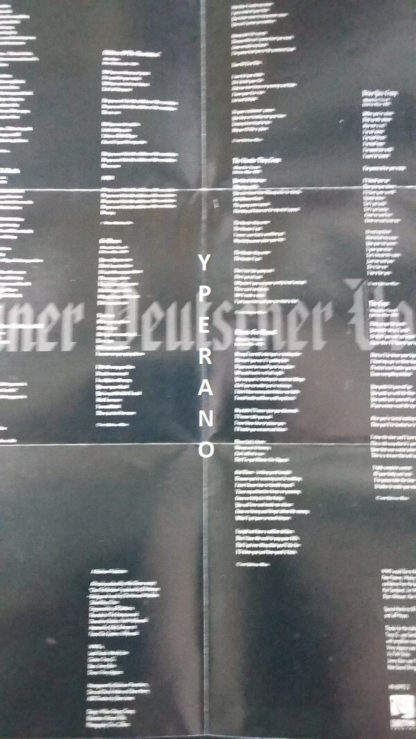 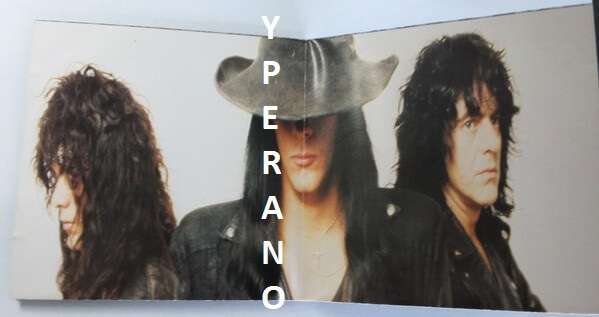 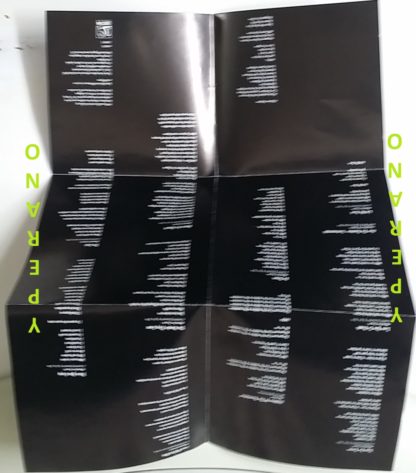 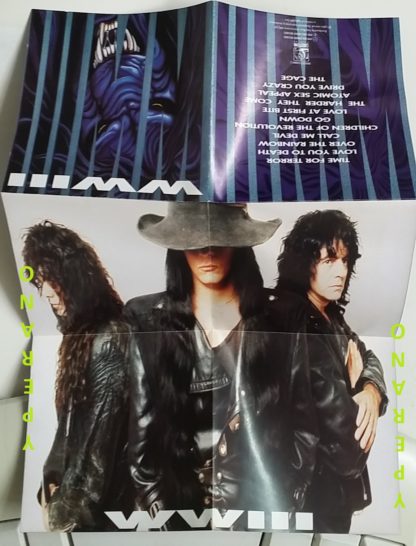 Mandy Lions WWIII; An artist with a band that defines Heavy Metal in a BIG way with monstrous grooves, catchy riff-laden songs, and a unique sonic signature completely unto itself. Singer, mastermind, and front man Mandy Lion has led this electrifying band through the years with his incredible voice and larger-than-life persona. The original lineup boasted Joe Floyd (Warrior) on guitar, Jimmy Bain (Rainbow, Dio) on bass, and Vinny Appice (Black Sabbath, Dio) on drums. Lion achieved an intense sound early on, setting WWIII vastly apart from other groups of the Heavy Metal genre in the process. Lion has fronted many other lineups with such legendary musicians such as George Lynch (Dokken, Lynchmob), Jake E. Lee (Ozzy Osbourne, Badlands, WWIII), James Kottack (Kingdome Come, Scorpions, WWIII), Mikkey Dee (King Diamond, Dokken, Motorhead, WWIII) and many others. Mandy Lion is the originator of the extreme power vocal. Just about everyone who is anyone these days is trying to duplicate what Lion created years ago but none have succeeded. Imagine Rob Zombies intense growl combined with Ronnie James Dios explosive talent and Rob Halfords infinite range.

5.0 out of 5 stars WW3 Rocks
Mandy Lion, Vinny Appice and Jimmy Bain-How could this not be a great cd ?

5.0 out of 5 stars WWIII – self-titled (Hollywood Records 1990),
Head-riveting tunes like their ace-in-the hole ’90’s metal (possibly anthem) “Time For Terror”, the rocking “Love You To Death”, their T. Rex cover “Children Of The Revolution”, awesome “Atomic Sex Appeal” and “Drive You Crazy” fully reminded me of just why I liked WWIII so much back in the day. I got to see them (at least vocalist Mandy Lion) with a three-piece back-up band play a dive not too long ago. Mandy Lion was great to hang out with. Line-up: Mandy Lion – vocals, Tracy G. – guitar, Jimmy Bain – vass and Vinny Appice – drums. What? So, they’re like Dio with a new vocalist? A must-have for loyal fans of Motorhead, Judas Priest, Black Sabbath, Exciter – the list goes on.

5.0 out of 5 stars Nothing is heavier than WWIII. Period.,
Frontman Mandy Lions demonic scream at the end of “Call Me Devil” still gives me chills every time I hear it. There is also a sinister cover version of the classic song “Children of the Revolution” I am quite fond of… This album is a MUST HAVE!

I adore this 1990 album by WWIII, but it is not for everybody … or even most people. Essentially, this WWIII debut is a heavy metal / hair metal / hard rock hybrid. It is simple music that could have passed unnoticed had not the performers mercilessly beat the shit out of it.

Mandy Lion is the lead singer of WWIII, and I can safely say most people won’t like his vocals. His timbre has the gravel of Lemmy and post- Iron Maiden Di’Anno, and his shrieks compare to those of Manowar’s Eric Adams as well as the pig squeals of Udo, but Lion’s overdone dramatics— the cartoonish “evilness” of his persona— is truly bonkers, and likely something most people would make fun of. So yeah, if you combined Lemmy, Di’Anno, Udo and Eric Adams into one singer and then had a devil vampire bite him, you’d get Mandy Lion. I know this sounds ridiculous, but the fire coming off of him and his many different modes of singing are terrific. Moreover, he comes up with some great musical refrains in songs like “The Cage” and “The Harder They Come” and other times, sells a chorus with the incredible delivery of a simple idea “Love You to Death” and “Time for Terror.” If you like what Many Lion does, you’ll also be faced with the choice of 1. Ignoring the lyrics 2. Embracing the lyrics. I choose the latter, since this entire album is excessively excessive and the macho posturing is yet another obscene layer to this thing. Example: “The harder they come, the harder I get… I never ever had a problem yet. Hey baby wanna place your bet?” So yeah … um … poetry.

Vinny Appice, the greatest drummer in the history of mankind, is the other performer operating at 500% on this album. His work on Black Sabbath’s best album Mob Rules (esp. “Sign of the Southern Cross”) and the first four Dio albums (esp. “Rock and Roll Children,” “Holy Diver,” and “When a Woman Cries”) is the most flavorful, powerful and emotive drumming ever. None of these songs would be nearly as good with regular beats. WWIII comes right on the heels of this great body of work and Vinny throws boulders, slams doors, and stomps buildings relentlessly. Compare the drumming in “I Love You to Death” to Dio’s “Don’t Talk to Strangers” to see how Vinny builds (and delivers) crescendoes. His kit sounds massive and the performance is a river of thuds, accents, and interesting syncopation that enrich the world. Hail to the master.

Guitarist Tracy G (later in Dio as well) plays some simple and noisy riffs or open chord progressions that straddle the fence of metal / hard rock— nothing too complex here. Oftentimes, he’s more interested in playing a noisy variation of the hook than the hook itself, but you already heard it some, so why bother to play it “right”? His loose approach often approximates that of a veteran guitarist that has played a song live for decades and is just sort of riffing on his music — hinting at it — so that the crowd can recognize it and applaud. And yes, this seems an odd approach on a debut album, but Tracy G’s riffing has a nice live electricity throughout the album, and when he solos, he can really deliver— the lead in “Love You to Death” is certainly Vivian Cambell caliber stuff.

Most of the album is very good or great stuff. It is doubtful that most people (including you) will be able to handle the megaton of pounding, shrieking, screeching, ugly awesomeness that WWIII delivers on this disk, but check it out if you want to experience the most hideous and savage variation of metal ever conceived. 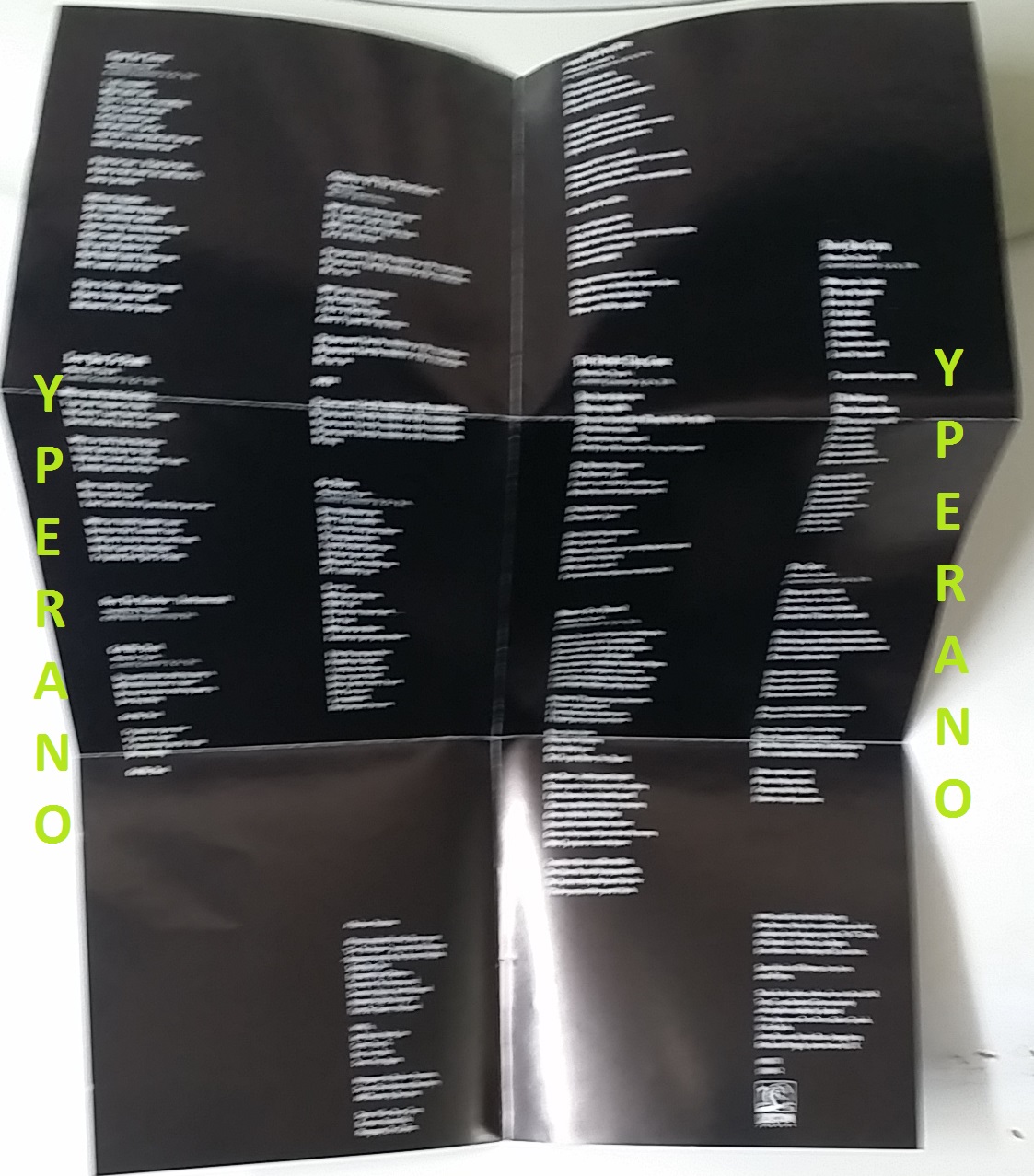 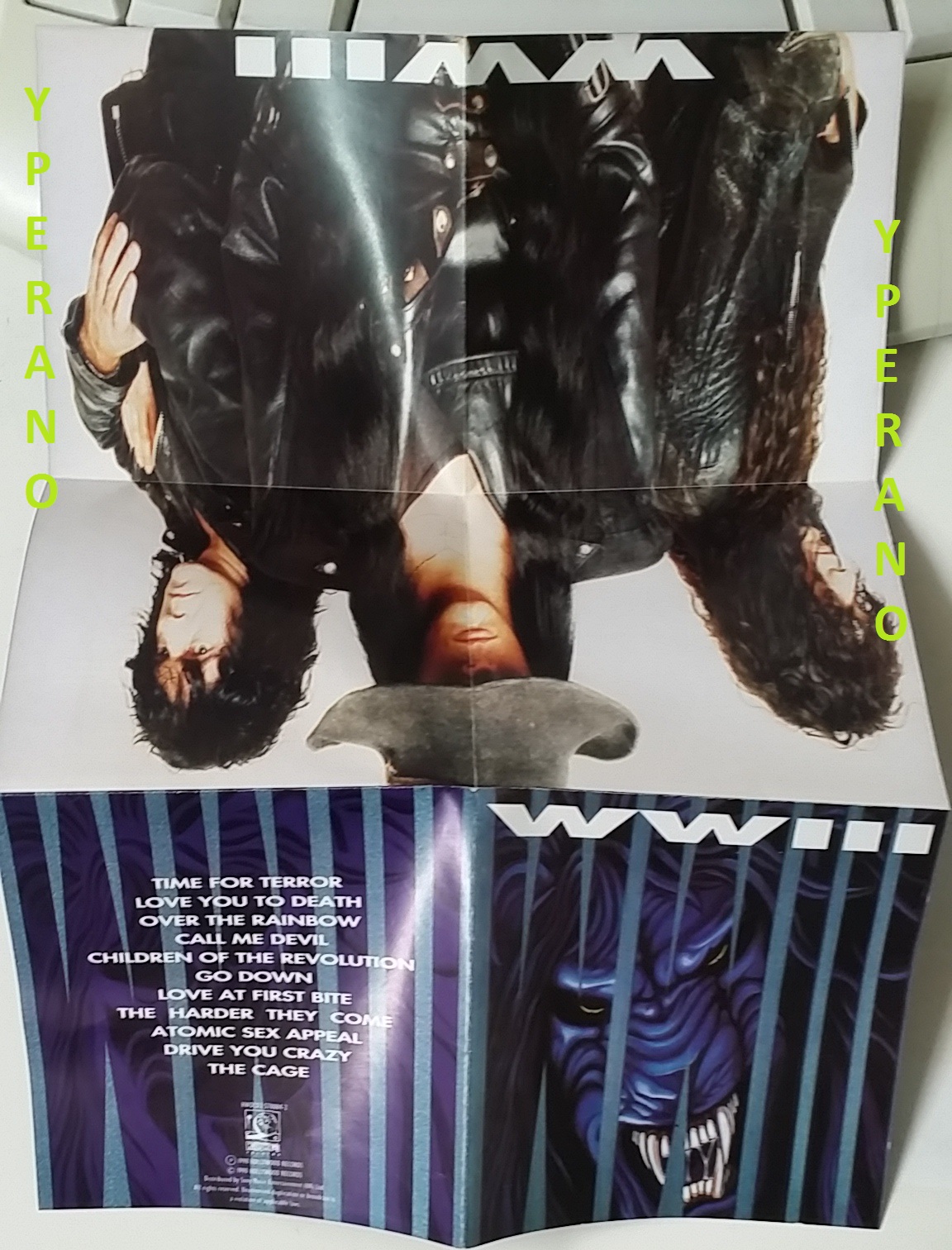