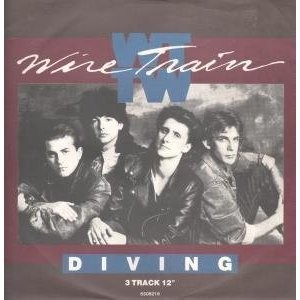 Early 1986 saw them hit Europe for several tours, opening for the likes of The Alarm, Bangles and The Waterboys. At one point, Jeff Trott was on the verge of joining The Waterboys, but for one reason or another this was not to be. During this period the band began preparing material for their third album, which was recorded in the Autumn of ’86 in London. Ten Women found its way out in ’87, and featured contributions from The Alarms Dave Sharpe and Waterboy Mike Scott…..
…. Effectively having to split up to extract themselves from their contract left the band pretty disillusioned, but individually at least, they were in demand. Jeff Trott found time to join ex Waterboy Karl Wallingers World Party , and Brian Macleod spent time working with Michael Jackson & Madonna, amongst others. Wire Train marked a definite change in direction for the band – much looser and folkier than anything they’d produced before. The sound was also characterized by Jeff Trotts sumptuous slide guitar playing, completely rewriting the Wire Train blueprint. The album crept out in summer 1990 without too much fanfare, and the single, Should She Cry?, began to receive some MTV airplay.(Wire Train website)

Check audio and a review video: 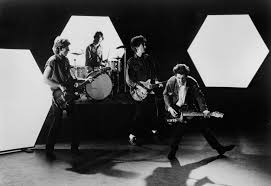 Wire Train was a United States based group who produced six albums in the 1980s and early 1990s. The band was originally formed a in April 1983 in San Francisco.

In 1987 the band went to London to record their 3rd record-Ten Women. The first to feature Trott, it was definitely not the same old Wire Train sound. Producer Tim Palmer (The Mission U.K.) seemed to be able to get new textures out of the band on this session. A great record from start to finish, but even with more extensive touring, sales were disappointing. This would be their last record with 415/CBS Records. After a few years of legal wrangling, the band made the jump to giant MCA.

Be the first to review “Wire Train: Diving 12″ The Alarm, Bangles, Waterboys, U2. Super rock / pop tunes to die for. Check audio and a review video” Cancel reply 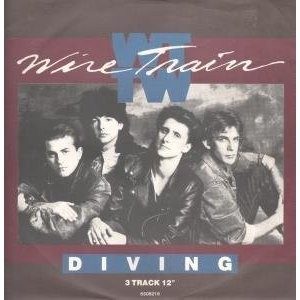 You're viewing: Wire Train: Diving 12″ The Alarm, Bangles, Waterboys, U2. Super rock / pop tunes to die for. Check audio and a review video € 4.79
Add to basket