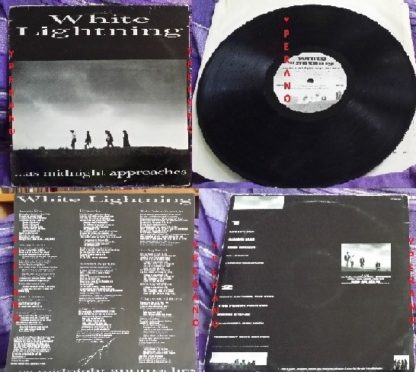 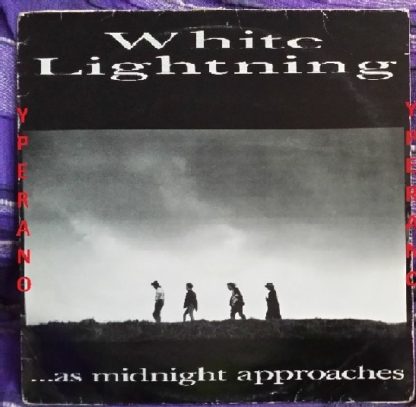 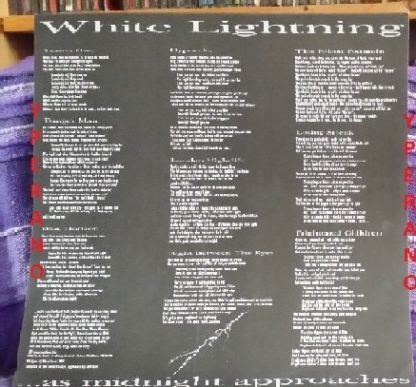 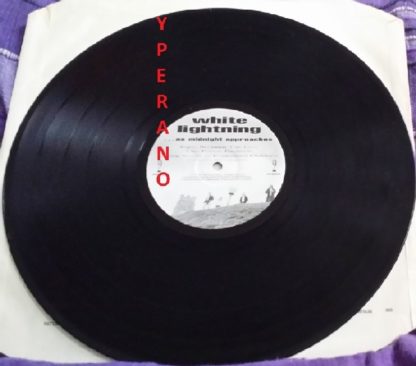 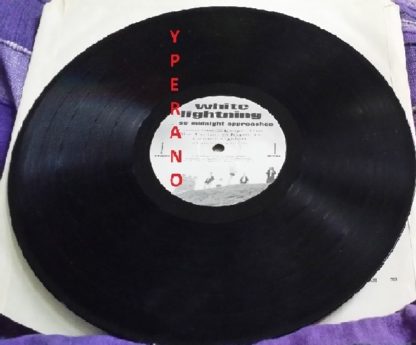 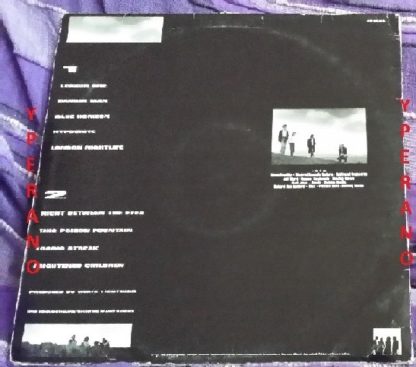 CHECK all songs (sorry for the not so great sound transfer): https://clyp.it/tkawkvye

9 TRACK ORIGINAL ISSUE After the eventual demise of Surrey’s popular STATIC in the early months of 1983, mainman Noel Jones decided to form a band. Eventually, a bassist was recruited in the form of Richard Max Goddard, a talented individual who had previously assisted the activities of MOURNBLADE (the two bands enjoyed a friendly rivalry, with WHITE LIGHTNING drummer Jeff Ward having also lent a hand to MOURNBLADE’s recording activities at one point) in the studio environment. When this album was recorded, a record deal was to prove frustratingly elusive in the first instance, and so the long-player (‘…As Midnight Approaches’) initially appeared (in fairly limited quantities, admittedly) on their own Wild Party label. It was, overall, a strong and individualistic effort, and it was interesting to note the inclusion of revamped versions of “Hypocrite” and “This Poison Fountain” (that have been released earlier in the form of a 7″ single) in addition to a number of unfamiliar tracks. There was something of a shift towards slightly more mainstream territory in places, when the band attempted a style more in keeping with RADIO MOSCOW or THE STORM, but numbers such as “Right Between The Eyes” were very much in the vein of their first single. The ambitious outfit were keen to get their product into the hands of as many rock fans as possible, although their limited finances dictated that a more extensive pressing of the album would be virtually impossible unless they were picked up by a more affluent company. Things appeared to be looking up the following year, however, when the group subsequently became affiliated with the recently-formed GI Records, who issued two tracks, “Dealer” (a non-LP effort) and “As Midnight Approaches” (actually an outro taken from a longer album track entitled “Frightened Children”), on their seldom-seen ‘Shooting From The Hip’ compilation. Sadly, though, the label didn’t feel compelled to release any additional WHITE LIGHTNING product (either the original album or a brand-new follow-up), and things looked fairly ominous in terms of getting further vinyl releases onto the shelves until the little-known Workshop Records (nothing to do with LEGEND’s own label) stepped in at the last minute to obtain the rights to the debut album. Much to WHITE LIGHTNING’s relief, ‘…As Midnight Approaches’ was finally reissued (this time in more generous quantities) and the long-player was soon attracting a significant amount of attention in the music press of the day.

The re-promoted album received a fairly good review in the likes of ‘Kerrang’ (who, oddly, suggested influences such as MARILLION and U2), and Tommy Vance saw fit to playlist various tracks on the ‘Friday Rock Show’. The band also developed quite a following of their own, headlining venues such as the Marquee in London and playing to packed houses on an increasingly regular basis.

Richard Anthony Crispian Francis Prew Hope-Weston knew a thing or two about music. He was, in fact, one of the leading promoters behind the New Wave of British Heavy Metal movement of the early 80s. Better known as Tommy Vance, his radio shows championed new bands and was a fixture in many a rock fans week. If he played a track by a previously unknown band it could often prove to be a pivotal moment for them. If he played an entire debut album all the way through people would stand up and really take notice. Not many achieved that honour but England’s White Lightning was one of them.

They were formed in Surrey in 1984 by former Iron Pig members, guitarist Simon Pengilly, bass player Gerald Goff, and drummer Jeff Ward. The new band came about when singer Noel Jones, who had previously been with Static, was added. Pretty soon they were out on the live circuit quickly gathering a solid fan base in the process.

Opening with the mission statement that is “Lesson One”, it includes timeless highlights such as the memorable “Blue Horizon”, and “London Nightlife” one that stopped me in my tracks in a record shop a few years back. It is easy to see why Mr. Vance just plonked down the needle and let it go.

However, just below the surface there were differences of opinion regarding direction. In many ways this was inevitable as Jeff Ward recalls. “The first line-up was always a bit of a compromise, you’d have me and Noel wanting to sound like Black Sabbath and Simon and Gerald wanting to sound like Duran Duran.”

Jeff Ward’s mum sent a demo tape to Metal Hammer and, as a result, they found themselves on the list for The Battle Of The Bands. However, just at this important time, the band was in danger of imploding altogether. The reason for this, and Gerald Goff’s subsequent departure from the band just when they had enough material for an album. So to plug the gap Jeff brought in bass player Rich Goddard from his old band Mournblade. White Lightning didn’t win but the judge was Tommy Vance. Soon afterwards, the still unsigned band, released their debut album on its own label. The 500 copies were enthusiastically bought at gigs and are now quite collectable. 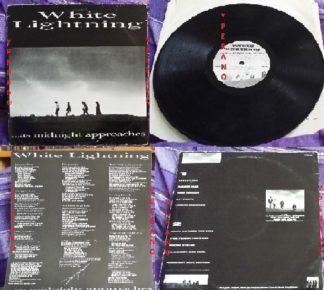