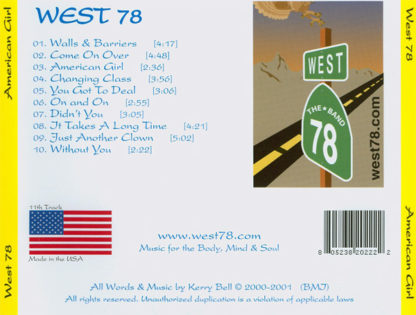 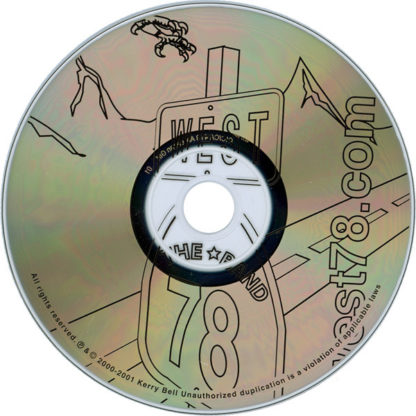 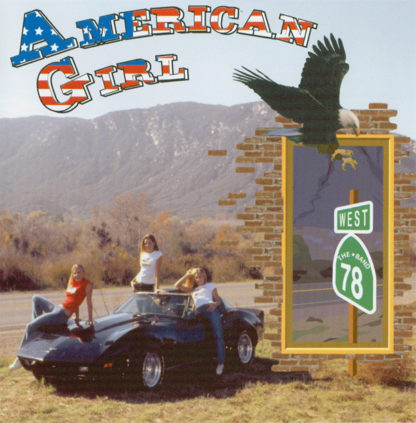 Recommended if you like: Dave Matthews, Pink Floyd, Talking Heads, The Beatles

This Alternative Classic Rock band based out of Oceanside, California is Kerry Bell on guitar/vocals; Brian Donaldson on lead guitar; Butch Baron on drums; Ted Trepinski on bass and Gary Brown on keyboards. Every so often, an album comes around with a certain uniqueness that grabs you from the opening song, and then gets better with each listen. Every song on their first album represents a wealth of rock music styles. The blend of old rock influence and modern techniques reveals their instinctive ability to connect many genres of music, thereby shaping and molding it into something all of their own making. WEST 78s debut album, “American Girl” was produced by Kerry Bell and is a self release. Mixed & mastered by Scott Exum at Exum Studios in southern California. All words and music have been written by Kerry Bell and this album captures his unique song structure and sound. Brian Donaldsons guitar riffs attack from every angle and with Butch Barons addictive drum rhythms and the groups compelling changes, there is never a break, mistake, or a missed note. Perfection is the word and music of this nature grows inside itself, and it will grow on you with each spin. Not forgetting the all-American picture of three chicks and a Corvette. Classy.