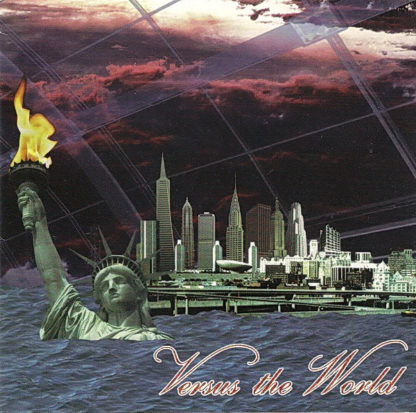 Versus the World is the debut album by the Santa Barbara-based band, Versus The World. It was released on September 27, 2005

Versus the World is an amalgam of the members’ former bands. The most readily accessible element may be from Ataris bassist Mike Davenport, but it also features members from 40 Cents Short and Antifreeze. The focus is mainly on the harmonies belted out by Donald Spencer, who carries the songs fairly effectively with his vocals, infusing the songs with some memorable moments and a whole lot of catchiness. The rhythm section is competent and as expected the guitars run along with fairly safe, but immediately catchy lines. This creates a record that is quite accessible and digestible — perfect music to play in the background if you want something catchy and mindless.

are only available on the European version of the album.