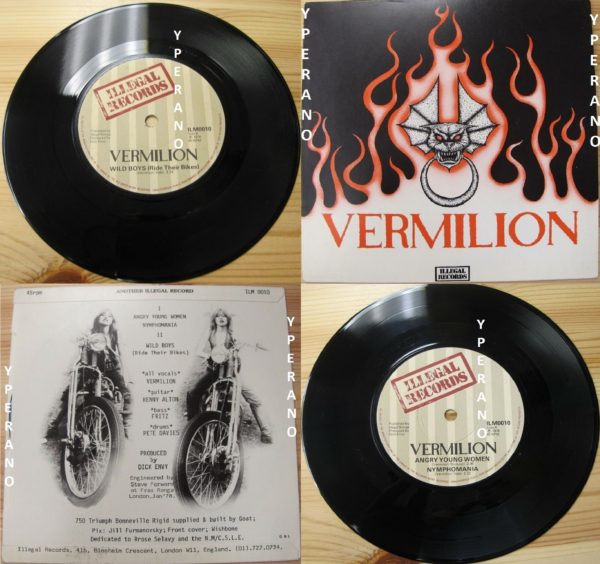 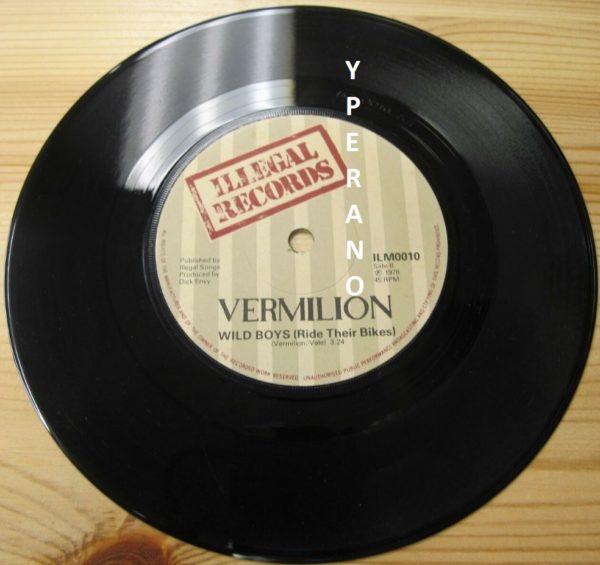 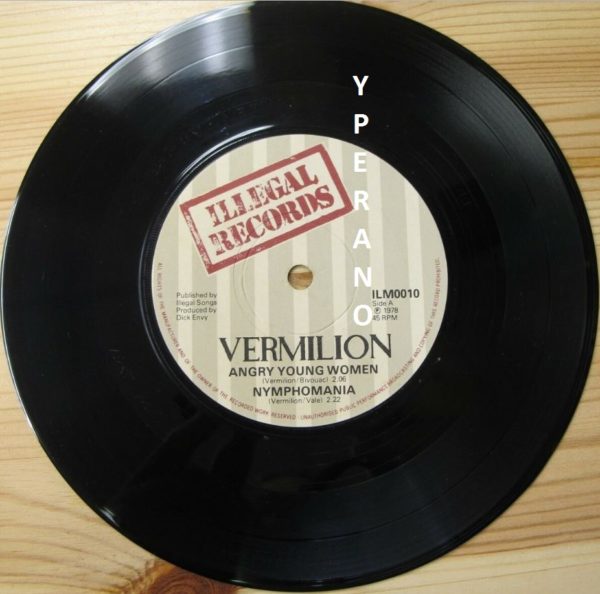 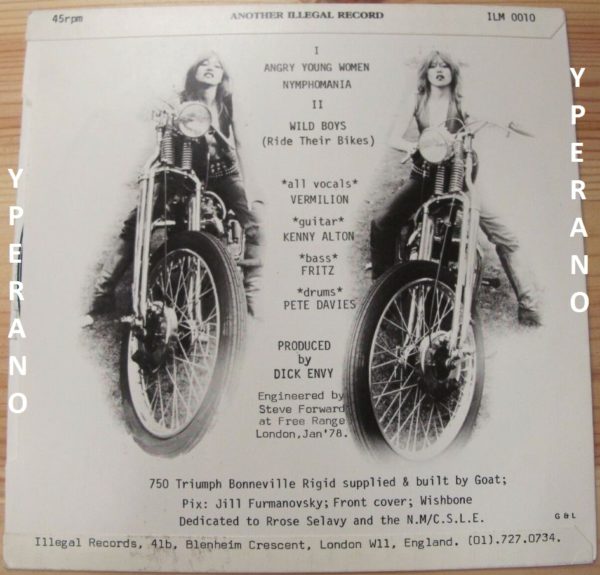 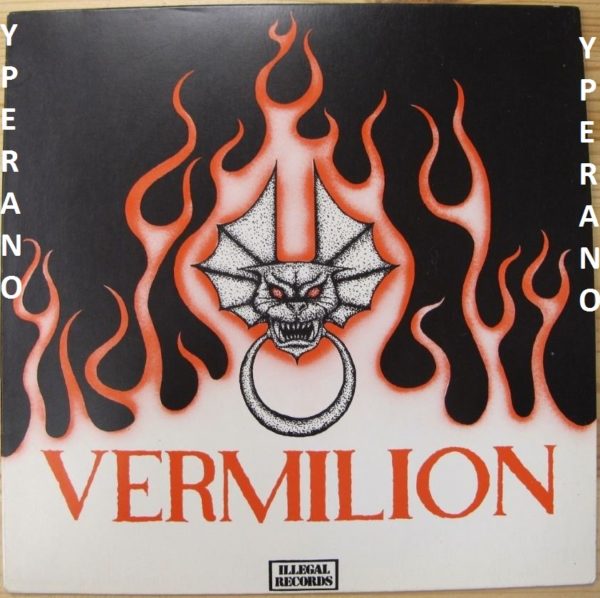 a London based band with a female American singer, the eponymous Vermilion Sands. Apparently Ms Sands was quite a colourful character, writing about the Punk scene for Search & Destroy whilst enjoying the biker lifestyle and also working in promotions at Illegal Records, which appears to have involved posing semi-naked for the camera on a regular basis. Initially fronting a Punk band called DICK ENVY, she got a deal as Vermilion with (yup!), Illegal Records and put together a band which bore her name. This Punk/Metal/Biker Rock mess was waaay too far ahead of it’s time. Great B Side songs: nymphomania + wild boys ride their bikes.

Normal market price is £16, the Yperano price is JUST £8″