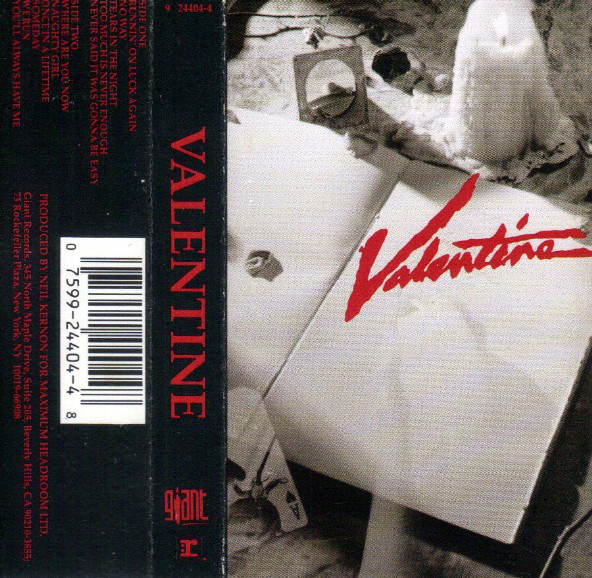 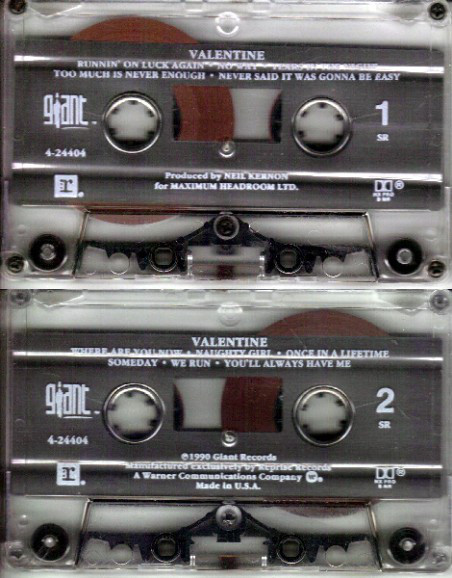 Existing comments about this album

Great melodic hard rock! A heavier version of Journey with Perry-like vocals from Hugo and great guitar work from Adam Holland. This is more hard rock-oriented than the Open Skyz CD by the same musicians.

They sounds like SKAGARACK, just in a party version. Greatest!!!! A mega rarity. I love this !!!!aaaaawwwwwwwwsssssssoooeee!!! great album

has enough AOR elements to make a Survivor or Journey fan wet in their seats. AMAZING. This is one album you MUST own. If this was any more killer, it would be in line for the electric chair!! BRILLIANT. ESSENTIAL!!

They have songs in here that Journey couldn’t do any better…very good/unknown band….definitely worth having.

This band had much potential, and were highly under-rated. They unfortunately got on the trail at the end of the 80 rock era. like Dokken crossed with Journey…..

Good to have. Pretty strong tracks. Never said it was gonna be easy is the best and a killer song for a ballad.

One hell of a melodic rock album… I can listen to it all day long, and it was recorded very clean too. My favourite song is omeday’ 😉

Really great album!! An american version of Skagarack with a little more edge to the guitars…Love every song on this album. Very inspiring melodies…BUY IT!!!

‘you’ll always have me ‘ is the best ever love song I’ve ever heard…I think this one has it all,a really great AOR/Melodicrock album! My favourites songs are, Tears in the Night and Once in a Lifetime.

Brilliant crystal clear sound big production and Hugos voice make this an absolute classic Aor. Every track is cool but stand out are Runnin on Luck again, Tears in the night, Where are you now and once in a Lifetime.

Some instant classics are recognizable, most notably ‘Tears In The Night’, ‘Where Are You Now’ and the duo ballads of ‘Never Said It Was Going To Be Easy’ and ‘You’ll Always Have Me’. Elsewhere, the strong melodic theme continues with omeday’, ‘We Run’ and the cutting ‘Runnin’ On Luck Again’. All the way through it a great listen.

This album is a must have for any fans of AOR or Melodic Rock… pure classic.. the best ballad is ‘ Never said it was gonna be easy ‘….

…melodic / commercial bliss and the rest of the rockers are pretty cool stabs at commerical rock. Killer songs throughout especially ‘Never Said it was Gonna be Easy’, and I think the mix is reasonably good; brilliant release with killer melodic songs. This is a true classic. ‘Never Said’ possibly the greatest ballad ever?

One of the early 90s classics along with gems like Tyketto. Hugo debut album, and is all of the classic material it is made out to be and more. 11/10. Highly recommended and worth the money for songs like Tears in the Night and Once in a Lifetime alone.

With more hooks than a bait shop, and with vocals that would make Steve Perry proud, this album is sure to appeal to fans of Red Dawn, Signal, The Storm, and Alias. Not a weak song in the bunch but stand-out tunes for me were Runnin’ On Luck Again, Tears In The Night, Too Much Is Never Enough, and Once In A Lifetime. Not as good as Signal LOUD AND CLEAR, but definitely worth owning. Very classy album.

this is what I love about aor. hard rock, what a great tape!!! Where are you now is the standout to me but too many to list, high vocals and great choruses, what more can u ask for, a great one indeed!!! a standout

This is without a doubt an all time killer classic album. If you are into melodic/AOR rock then this is IT. GET YOURSELF A COPY TODAY !

wow!!!this is a great album! TEARS IN THE NIGHT use to be my favourite song,it has a monster chorus!!!!the rest of the album is absolutely great too…I new from the first song it was going to be Excellent!!!!!!! A+ all the way!