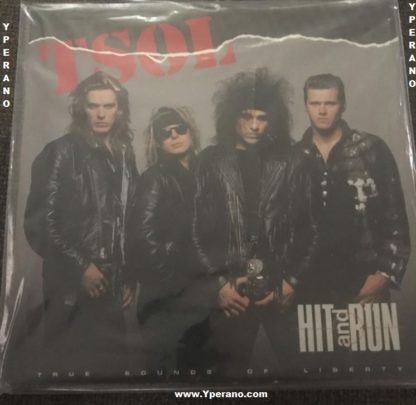 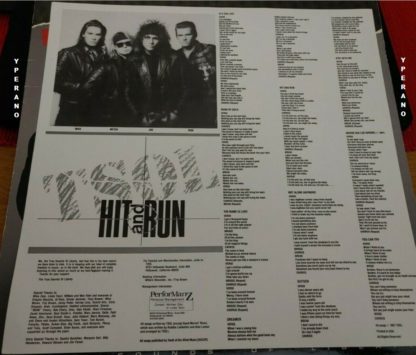 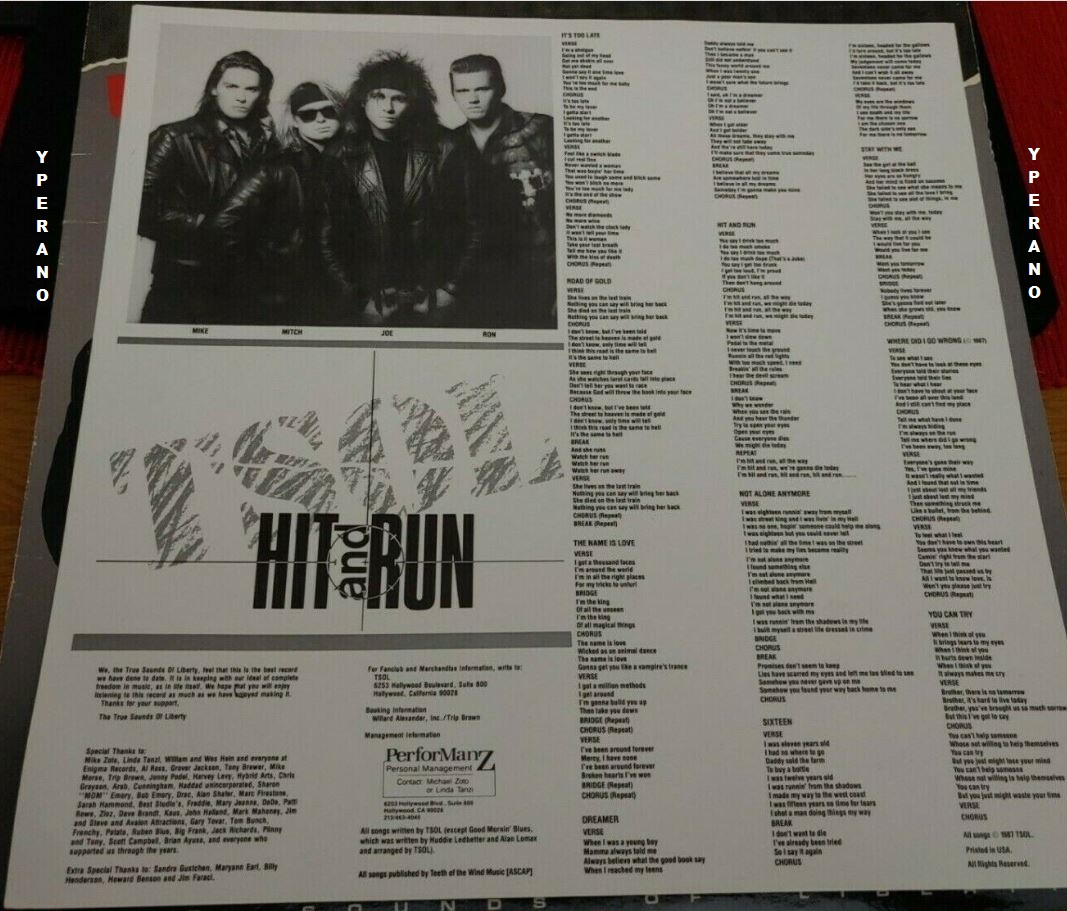 Collector info: Although TSOL is know to be a hardcore punk band, this album is definitely Glam Rock Heavy Metal

The band became friends with Guns N’ Roses and TSOL t-shirts can be seen in the GNR video for “”Sweet Child o’ Mine””. 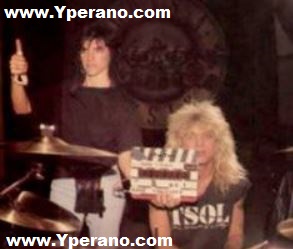 They followed up with an album in a similar style, titled Hit and Run. Before it was released, original guitarist Ron Emory quit the band, leaving Mike Roche as the sole original member.

Side One:
It Too Late
Road of Gold
The Name is Love
Dreamer
Good Morning Blues

Side Two:
Hit and Run
Not Alone Anymore
Sixteen
Stay with Me
Where Did I Go Wrong
You can Thy

Hit and Run was released July 11, 1987 through Enigma Records and T.S.O.L. supported it by touring with the Red Hot Chili Peppers and Guns N’ Roses. They became friends with Guns N’ Roses, whose were rising to stardom on the success of their platinum-selling debut album Appetite for Destruction, released ten days after Hit and Run. T.S.O.L.’s opening spot on their tour dates, coupled with Guns N’ Roses drummer Steven Adler wearing a T.S.O.L. T-shirt in the music video for “Sweet Child o’ Mine”, brought T.S.O.L. increased attention: “I hear more people telling me about seeing our T-shirt every day than anything else we’ve ever done”, said bassist Mike Roche in 1988.

Reception:
Hit and Run became T.S.O.L.’s only release to chart, reaching no. 184 on the Billboard 200. In the album’s liner notes, the band members called it “the best record we have done to date. It is in keeping with our ideal of complete freedom in music, as in life itself.” Mike Boehm of the Los Angeles Times wrote in 1988 that it “served final notice that the band no longer was playing punk rock. It was a polished, accessible record that consisted mostly of the sort of mainstream, melodic heavy rock that has brought big-time success to bands such as Guns N’ Roses and the resurgent Aerosmith.”
In the fall of 1987 T.S.O.L. travelled to New York City for a showcase concert for representatives from major record labels, hoping to land a major-label deal. No deal came through, a setback that singer/guitarist Joe Wood attributed partly to his problems with drugs and alcohol.
Hit and Run failed to be the commercial breakthrough the band hoped for: “I thought we’d done it,” Roche bemoaned, “It was diverse, it was powerful, and it could be played on the radio and sound good. When it didn’t [succeed] T.S.O.L. left Enigma in “an amicable split”, feeling the label viewed them as a band with a cult following but without chart-topping potential.
It was “a sudden departure for the group, seeing them adopt a persona that was in tune with bands such as Poison and Faster Pussycat. This was not only evident in the pictures adorning the album, but their sound as well.”
“Musically, Hit and Run would fit in comfortably with The Cult’s Electric (which is fitting since The Cult underwent a similar transformation) or Guns N’ Roses’ Appetite for Destruction”

this is actually a fairly underrated album, its pretty good actually, some good songs are “”its too late”” “”not alone any-more”” “”dreamer”” and “”the name is love””. Pick this album up.
——————————————————————————————–
Axel Rose favourite band. They started out as a punk band with their first singer. When Joe Wood joined they played good, gritty R N R. This is a strong album. “”Dreamer”” is a good ballad and the title track is a killer rock song.
Classic!
——————————————————————————————–
GREAT album!! Don’t ever listen to anyone who hates this album and loves their lame punk albums. I hate crappy 2 minute punks songs about some lame political issue. I’ll take this dumped down sleazey party album any day over their minimal punk albums. Great raspy vocals and rocking tunes. Awesomely simple. Hard to come by.. get it if you find it.
——————————————————————————————–
TSOL hard rock IS MUCH BETTER THAN TSOL PUNK!!!
pretty good LP; they looked pretty cool and they sound cool i like the songs dreamer and it too late and you can try.
——————————————————————————————–
Gosh i missed the vinyl many many years ago and now it hard to find. I suppose this is kinda of a collector item.
——————————————————————————————–
They were a classic punk band, with a style all their own. Anybody who thinks they make “”2 minute punk songs”” obviously haven’t heard some of their songs with piano and other instruments. The singers voice was rather interesting as well, not your usual punk screamer. Yes, I like goth and punk as well as glam, I always have, and have never understood people limiting themselves to one genre. In the 80 we were all outcasts, part of the same scene. The division you have today didn’t really exist then.
——————————————————————————————–
Finally i got myself this album!!!..after many years i have it in my hands…without being a TSOL fan myself (probably a regular one) i’ve always felt curiosity about them especially i have always focused in this release Hit & Run (i was lucky in finding Strange Love and the Best of,both of them recommended ones)but now that i got this one…the so called “”punk”” album…in fact this ain’t a real punk album in its sense but a hybrid of punk ,hard rock, Glam and dark..the attitude probably is punk but musically talking it has different approaches..a mixture of The Stooges,Iggy Pop,The Cult(voice alike)and Killing joke
…also the Ramones could fit in that bag..the band for sure has become, among the underground circuit, a cult band that undoubtedly and unquestionable! now about the songs,good ones,and as i said for different tastes…””It Too Late””,””Road Of Gold””,””The Name Is Love””(pretty cool song kinda glammy),””Good Morning Blues””(with a sax included!)& “”Hit And Run”” are enjoyable ones!.Get this album.84/100 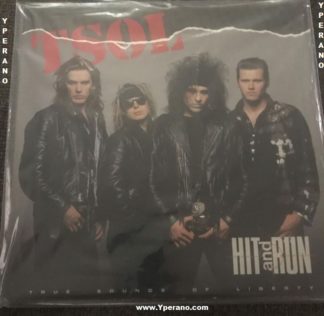