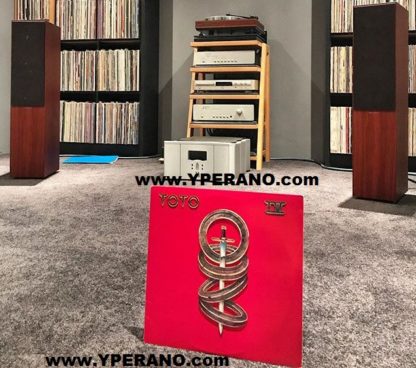 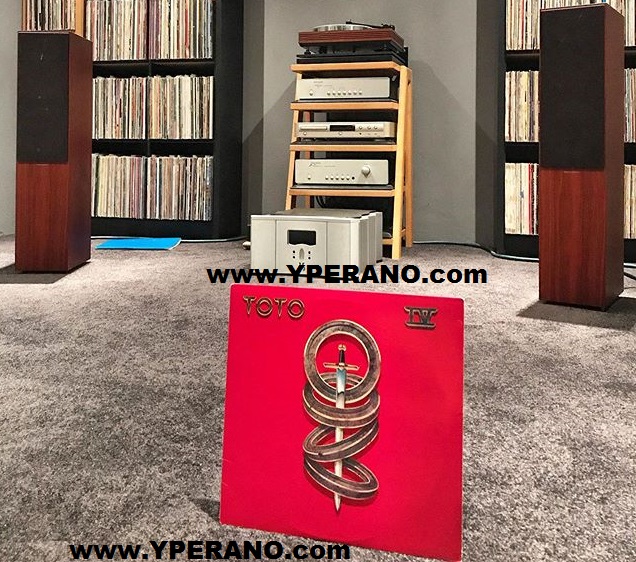 TOTO’s most celebrated ’80s album? This is their triple platinum-certified “TOTO IV“.There comes tipping point in every artist’s career; a moment where decisions have to be made and a course of action needs to be taken. By the time Toto had reached this, their fourth album, matters were building to a head. Their previous two albums had commercially under-achieved and the label was getting itchy feet about their future prospects. So, it was with the greatest deliberation that the band embarked on the road to “Toto IV”, vowing to throw everything and the kitchen sink into its creation. History shows that this album was a triumphant success, but the road to redemption was not without sacrifice, hard work and dedication. It is clear that a huge amount of creativity and talent formed the backbone of “Toto IV”, songs crafted to utter perfection and all wrapped up in pin-point production. The recording took many months and the band was allowed a much larger than average recording budget. At a time when most bands were using a single 24-track recorder Toto used as many as 3 separate 24-track recorders at the same time.The 24-track recorders were linked with a computerized SMPTE timecode system that allowed for up to 69 individual tracks of sound simultaneously.The result was HUGE.Musicianship is also impeccable showcasing talent beyond belief, of an apparently altogether otherworldly nature. Achieving sales in excess of triple platinum (only in the USA) and notching up an eye-popping six Grammy awards, it also spawned three huge global hit singles, namely ‘Africa’, ‘Rosanna’ and ‘I Won’t Hold You Back’, songs that epitomise the band’s first rate AOR pedigree.‘I Won’t Hold You Back’ is one of my favorite Toto songs ever. Written and sung by Steve Lukather, this tune shot up the charts in 1983 after Toto won the Grammys including best record, album and producer of the year. Timothy B. Schmit, the sweet-voiced member of Poco and The Eagles, is featured on its soaring chorus. Perhaps eclipsed by the major hits, ‘Good For You’ deserves mention as one of this project’s drum-tight, lesser-known gems. It’s a terrific example of how Toto, at the height of its powers, mixed and matched so many styles with class. Co-written by Lukather and erstwhile frontman Bobby Kimball, the song finds Kimball in all of his full-throated glory — matching the lyric’s unvarnished, carnal desire. He performed  with a reckless, edgy abandon, something that probably contributed to the reedy texture of his voice sometimes these days. The arrangements and instrumentation behind him did the rest.Also ‘Make Believe’ is a little diamond. This David Paich-written, Bobby Kimball-sung rocker wasn’t a huge hit, but it illustrated something — with every tough Steve Lukather riff — that’s often lost in the ballad-driven public persona of Toto; they could (and can) Rock.Other favorites are the highly underrated ‘It’s A Feeling’ and ‘Lovers In The Night’ all of which are a display of a band at the absolute height of its musical creativity.“TOTO IV” was a triumph of incredible proportions for a group that had been written off by so many and, with bitchy cruelty, labelled as a faceless bunch of skilled session musicians. It is without doubt one of the most important AOR albums of all time.  A MUST HAVE.

Toto IV is the fourth studio album by American band Toto released in 1982
The album received six Grammy Awards including Record of the Year for “Rosanna”, Album of the Year for Toto IV and Producer of the Year for the band. It reached number four on the Billboard Pop Albums chart shortly after its release in 1982. The single “Rosanna” reached number two on the Billboard Hot 100, while the albums third single, “Africa”, became the groups only Hot 100 #1 hit. “I Won’t Hold You Back” came next and reached the top 10. With the success of “Africa”, the album climbed back into the top 10 in early 1983.
The album featured a stronger dose of the pop/hard rock/R&B-fusion that had characterized their self-titled first album than had been heard on their previous two albums.

With Toto IV, the band struck back at critics and disenchanted fans alike, delivering one of the most commercially successful records of the 80s. Producing the smash-hits “Africa” and “Rosanna”, Toto IV rocketed the band into instant international stardom. Toto IV was awarded 6 Grammy Awards, including “Record of the Year” for “Rosanna”, “Album of the Year” for Toto IV, and “Producer of the Year” for the band. “Africa” topped the charts in February of ’83 and was a constant presence on radios across the globe. Toto IV gained even more success with 3 other singles being released, “Make Believe”, “I Won’t Hold You Back”, and “Waiting For Your Love”.

Collectors info: sheet complete lyrics of all songs by and photos of Toto.

What Makes this Song Great? The 1982 hit song “Rosanna” by Toto. Big analysis segmented parts. Check it out: 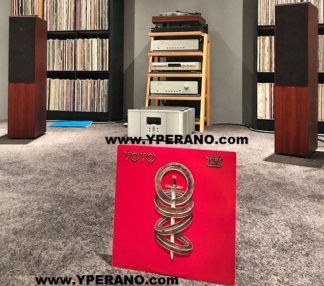