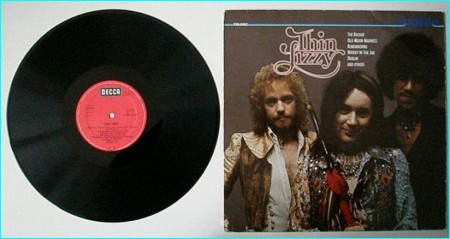 HONESTY IS NO EXCUSE

WHISKEY IN THE JAR

THINGS AIN’T WORKING OUT AT THE FARM

Outside of Ireland Thin Lizzy were making themselves a name in Germany where they still retain a large fan base. They were barely surviving as they forced themselves upon the British public during 1972 and 1973 and when “”Whiskey In The Jar”” suddenly started making waves in the British charts months after the initial release. Thin Lizzy were actually in Germany at the time of “”Whiskey In The Jar”” breaking in the UK charts trying to make a few quid if only to keep the Thin Lizzy moniker alive and even pay of some of their debt to Decca records. But soon they were gracing the TV of living rooms everywhere as they paraded their folk song parody on Top Of The Pops, even now many fail to get the joke and for a long while Thin Lizzy were nothing but a one hit wonder, a novelty band. Later on Thin Lizzy would even recruit a German guitarist to replace Eric Bell, but that was a short lived adventure and now stands as Andy Gee 15 minutes of fame if nay fame at all. He played alongside John Cann, the former Atomic Rooster guitarist, as Phil toyed with the concept of the twin guitar sound before the idea came to fruition with the titanic pairing of Brian Robertson and Scott Gorham in 1974. With German music fans being such big Thin Lizzy fans then it made sense for a German only compilation release. This album was part of a series of collections under the title Profile and this one cataloged Thin Lizzy from 1971 to 1973 and exclusively the Eric Bell years. Again all the old favorites are here as what would normally appear on compilation detailing the Thin Lizzy early years. Released during 1979 when Thin Lizzy were at their peak Profile is a German only release to shop to fans who already had these songs on various other albums. Basically an obscure album for the completist and a hard to find album these days. 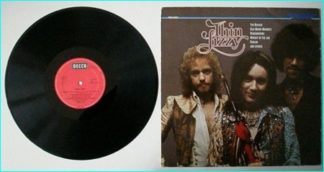