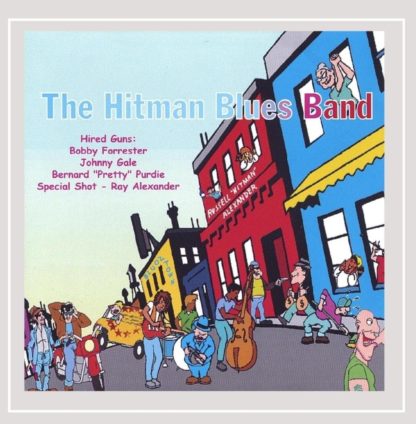 The music of “”The Hitman Blues Band”” is a heart-stopping
combination of gritty blues, hot guitar riffs, sexy slide and bass that weeps melody…The sound of their white lightening chords wailing down your spine and Russell “”Hitman”” Alexander belting out the hard-hitting lyrics to “”Busted””…””I’ve been working since, I don’t know when… Seems like trouble’s all there’s ever been…”” tells us all “”The Hitman Blues Band”” doesn’t just play the blues…they are the blues. Formed in 1986 “”The Hitman
New York-based guitarist/vocalist Russell ‘Hitman’ Alexander is joined here by a handful of impressive “”hired guns.”” Drummer Bernard Purdie has worked with everyone from Aretha to Butterfield and Miles; vibraphonist Ray Alexander has put in time with the likes of Stan Getz, Mel Torme and George Shearing; bass guitarist/producer Johnny Gale has worked with Hank Ballard, the Drifters and the Cadillacs; Keyboardist extraordinaire Bobby Forrester, a long-time veteran of work with Ruth Brown, may be the closest to a blues player in the bunch, and even he has put in time with jazz stars like Lena Horne and Stanley Turrentine. The credentials brought to the table here are pretty amazing, but can they play the blues? Yup. Play they can. Hitman is a guitarist as comfortable with a full-throttle burn as with a shuffle. He’s also an impressive wordsmith, with 10 of the 11 cuts from his pen. The best of the lot are “”Catch 22 Blues,”” with a swinging vibes solo, and the deep blues of “”Whiskey Bottom Road,”” with it’s B-3- buoyed guitar work. When Alexander decides to cut loose, as on the slide propelled “”1000 feet Ahead”” and the heavier than heavy vamp of “”Green Thing,”” he’s a gale force. It’s a safe bet that he packs the crowds in wherever he appears. If he gets out of New York and tours the rest of the continent odds are pretty good he’ll build a solid reputation. In the meantime, this impressive calling card will have to do…..

Beginning with the title track, the CD jumps right into the heat with call and response action: “Is it blues enough for ya?” Followed by a tribute to the late, great Sam “The Bluzman” Taylor, the beat stays happy with beer soaked advice to go “Fishing Where The Fish Are”. The double entendre “Backhand Drive” gives way to the raw emotion of “Every Piece Of Me”, a real crowd favorite. The flat tire shuffle of “Everything You Do” picks up the smiles again, followed by “Streets Of Downtown”, a visit with street people familiar to far too many of us. The swing influenced “Life’s Too Short” gets your blood pumping, then the band declares a change of attitude: from now on, they’ll hang out with a “Better Class Of Bums”. The wistful song of loss, “Deaf, Dumb & Blind” leads into the boastful finale, “Tough Street”.
Featuring the well regarded quartet of the Hitman Blues Band, this album shows off their new three piece horn section along with special guest appearances by Neil Alexander on harp and backup vocalists Victoria Anyah and Joanna Alexander. With great songs and excellent performances, this release will stay in your CD player, on your Ipod, on your phone, and in your various playlists. Don’t believe it? Hear it for yourself!
Russell “Hitman” Alexander:
Guitar, Vocals
Kevin Rymer: Keyboards
Mike Porter: Bass, Backup Vocals
Guy LaFountaine: Drums
Michael Snyder: Saxes
Eric Altarac: Trumpet
Alan Alpert: Trombone 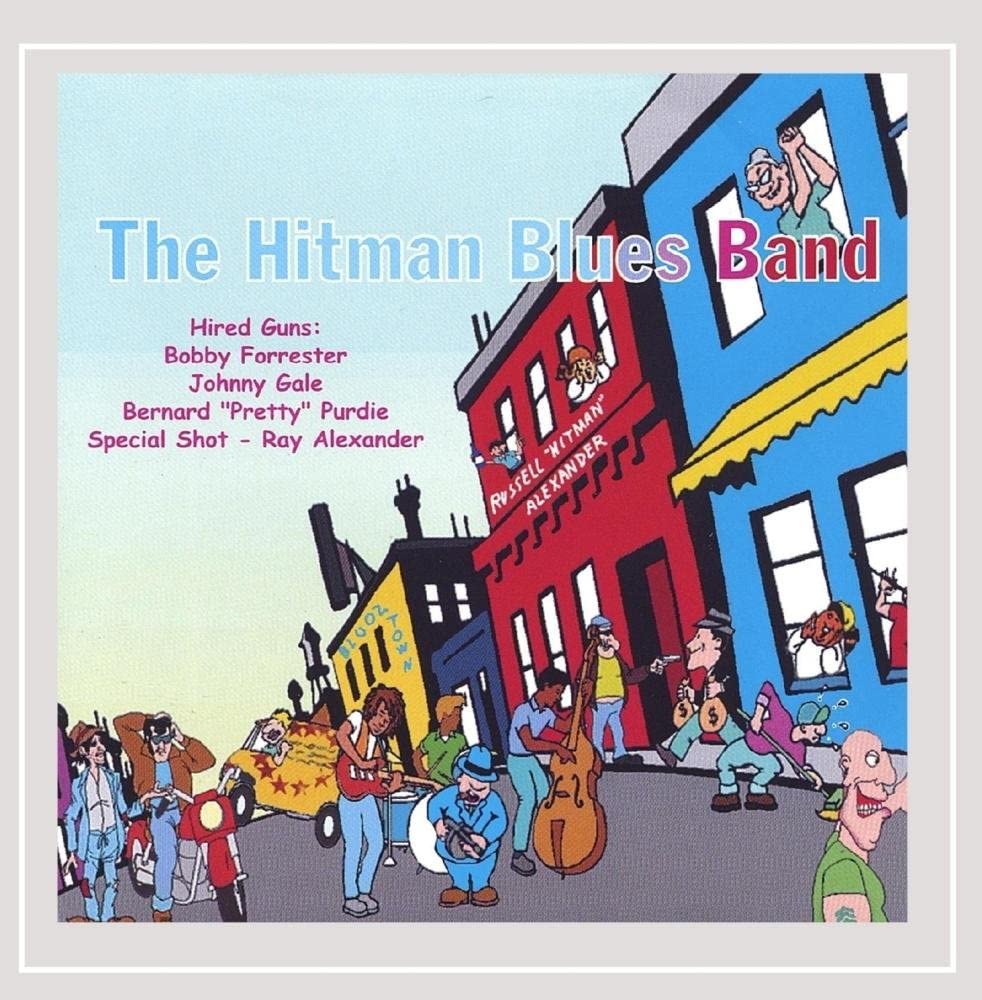 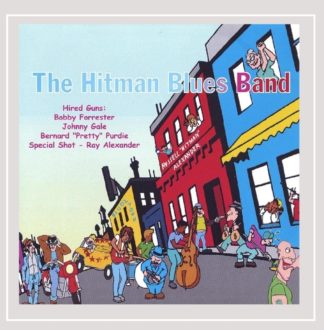