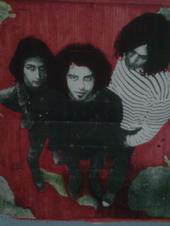 “They have a very cool, unique, groove. Heavy and hypnotic…with a serious edge to it. But never too much. Just the right amount.”  r y n o  [StonerRock.com]

“The CD 3rd Way To Zion is a psychedelic journey into the unknown for sure. Has the same kind of flow as the Queens of the Stone Ages latest release-Rated R. Just kind of strange -you know? It takes you by surprise- so to speak.”   robwrong   [StonerRock.com]

After the debut release “Soma…Third Way To Zion” in 1999 which received a lot of good reviews worldwide, TAF! are proving with their new album, that they are now one of the most promising heavy psych acts today. 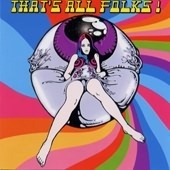 Let’s stop first at the booklet. Which, first, is offered to the eye. In a swirl of colors, a girl lying lasciviously on a chair breathless lets us guess his crotch. The frame is laid. Malleus struck again. Psychedelism and sensuality. Exquisite. The tone is given with “Ghosts & Echoes” which opens the disc. Guitar wah wah and echo precisely. Deep down. This title best illustrates the music delivered by the TAF! Claudio poses a really beautiful voice. A kind of Josh Homme linearity less, always keeping enough reserve to let his voice explode in moments that call for more aggression. The guitars are beautiful, fat, powerful and ample at the same time. The brief solos are always brought with fluidity, imbued with the essence of the hottest rock’n’roll. I’ll drink to the thirst of “Marigold” or the riff announcing “The scavenger”. If I had to express a single regret, it might be to lament the lack of exuberance of the battery. But this is a minor point of detail. The parsimonious use here and there of a multitude of instruments such as harmonica, cello, sitar, acoustic guitars, percussion give the ensemble a stamp that suggests that we are there in the presence of a group that has built a sacred personality. A pure Mongolian blood whose fiery temperament draws its influences in a register certainly as extensive as the Gobi Desert and Takla-Makan combined. This is to say if he revisits with happiness the history of rock. The influences are perceptible without being clearly identifiable. Which proves that musicians have excellent digestion. There is Nebula in there, QOTSA as much as it contains AC / DC or Budgie. In fact, TAF! appears to me as a sort of ravenous and relaxed Gengis Khan at a time. Proud and determined at the same time as relaxed and epicurean. A bit like the song that gave its title to the album. These southern Italians once again confirm the astonishing maestria of the scene of this country that gives us the most original and exciting groups of the moment. Rock World Champions!