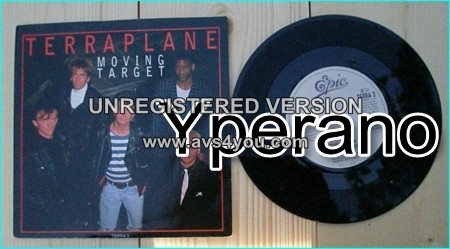 Great 7″!!!…but be careful,this was the band Luke,Gary and Danny were in just before they formed Thunder…this band was more towards the Pop Rock territory but with quality!!! Check them out, see how they sounded before the great Thunder.

Here are three-fifths of London chappies Thunder in their earlier incarnation as pop-rockers Terraplane. Did those stylists at the band’s record company need a good tarring and feathering, or what? In addition to forcing Terraplane to don their now infamous Andy Pandy outfits, this alternative image – a motley array of kiss curls, spiv-suits and pre-chav barrowboy chic – took them to the very precipice of naffness. However, their music kicks serious ass, and you have to have this!