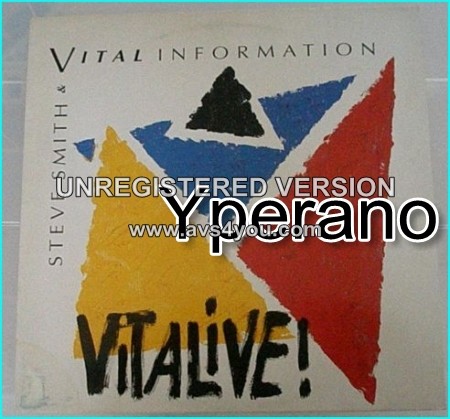 5.0 out of 5 stars VI at its best!!,
I’ve been a VI fan since 1984. I owned the first 2 on vinyl and ever since then, have bought everything they’ve done. The bands style and their lineup has changed drastically throughout the years…a sure sign of musical growth. However, I personally love the way the band sounds on Vitalive! I prefer the piano/sax lead instead of the organ lead with no sax, but that’s just my preference. Steve Smiths drumming on this CD is absolutely perfect. You can still hear some rock influence in his playing, but his ability to lighten it up is superb. Steve…bring the sax back. Vitalive is simply the best live fusion CD I’ve ever heard. incredible!  AUDIO SAMPLES: http://chirb.it/vA7Bsv  or  https://vocaroo.com/i/s1hTLnKGmSDk   or https://picosong.com/w8iLq

Recorded on tour in 1988 and originally released in 1991, Vitalive! is, in the words of drummer Steve Smith, “the most ‘jazz’ version of Vital Information to date.” It would be easy to argue with Smith, even though hes the groups leader, that VI has always been a jazz band. But its true that VI leaned, in its early days, more decidedly towards energetic, rock-informed fusion, rather than the cleaner approach evidenced on its recent discs.
The appearance of a 22 year-old Larry Grenadier, before becoming the ubiquitous acoustic bassist he now is, is enough to lean Vitalive! towards a jazzier vibe. Still, with Gambale in tow alongside another longtime Vital Information alum, keyboardist Tom Coster, theres no shortage of high octane playing; the guitarists high velocity sweep-picking is front-and-center during his extended, frenzied solo on “Looks Bad, Feels Good,” viscerally propelled by Smiths pounding, thrill-a-minute bass drum as the group kicks into double time on a track that, largely, occupies a funky yet swinging space.

Grenadier has since become associated with modernistic mainstream music in Brad Mehldaus trio, his cooperative Fly group with drummer Jeff Ballard and saxophonist Mark Turner, and a recent live performance with Enrico Rava at Germanys Enjoy Jazz 2009. Here, he proves that acoustic bass can, indeed, be just as powerful as the electric variety in fusion-leaning music. The backbeat-driven opener, “One Flight Up,” grooves hard, thanks to Grenadiers in-the-gut and in-the-pocket support. Its a vivid feature for Coster, whose piano solo suggests a seriously undervalued position in the jazz world, and saxophonist Larry Schneider, another under-appreciated player working in the trenches with a series of solo releases on the Danish Steeplechase label.

Elsewhere, the music ranges from “Jave and a Nail,” with Smith and Grenadier locking into a delicate Latin groove, to the gently balladic “(What Lies) Beyond,” featuring a lithe solo from Grenadier; the reggae-tinged “Johnny Cat”; buoyant “Island Holiday”; and a more decidedly jazz-centric take on Costers classic collaboration with Carlos Santana, “Europa (Earths Cry – Heavens Smile).” “Europa” was first made famous during Costers tenure with Santana on Moonflower (Columbia, 1977); here, Gambales solo is of such emotive strength and harmonic invention that it manages to transcend the Mexican guitarists now-iconic playing on the original.

This live set possesses no shortage of the fusion energy that’s defined Vital Information since inception. 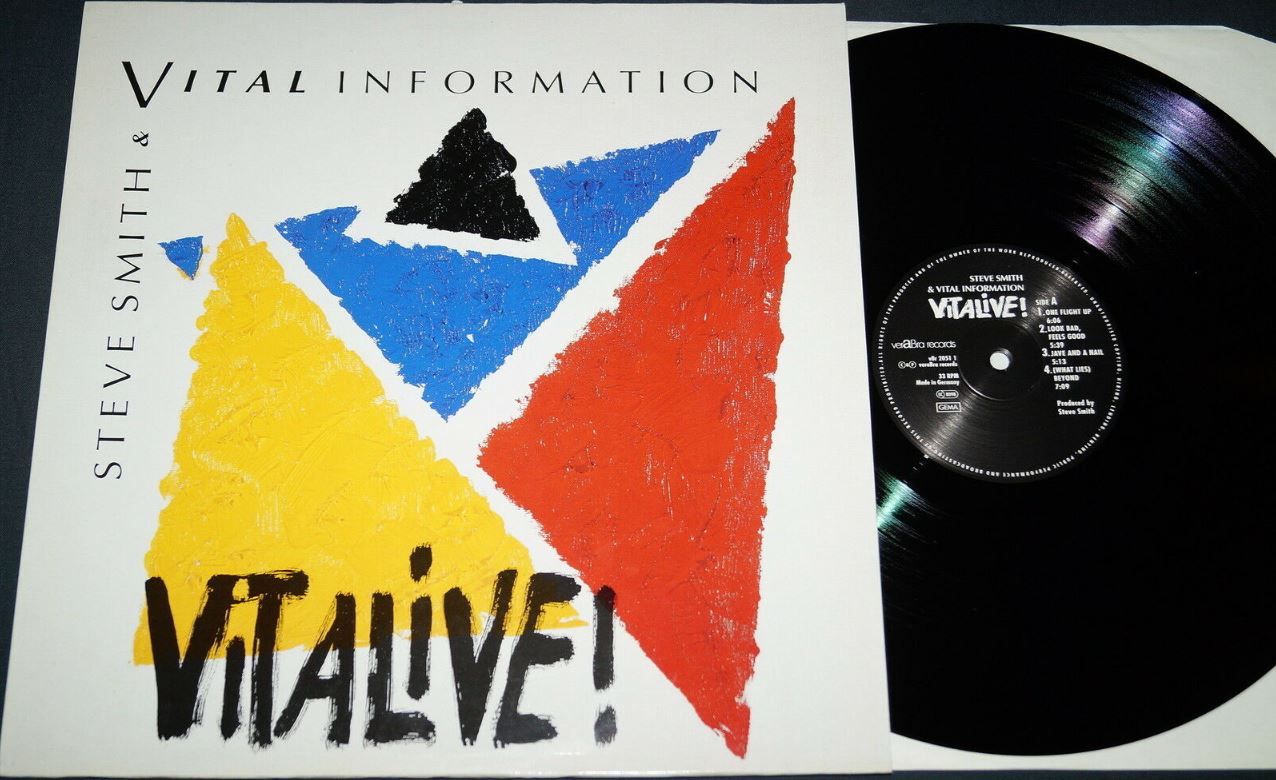 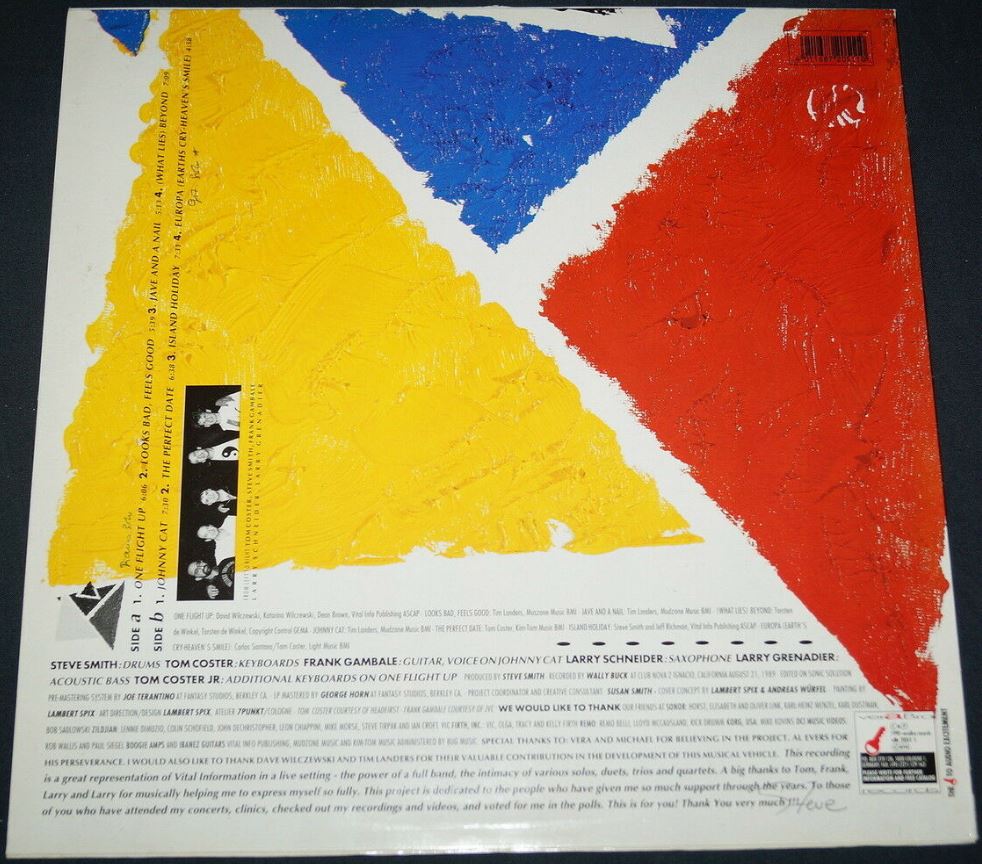 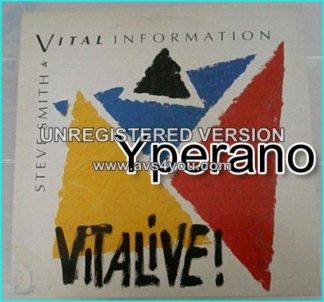