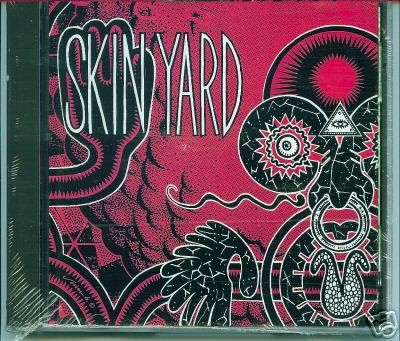 Skin Yard was an American grunge band from Seattle, Washington, who were active from 1985 to 1993. The group never gained a mainstream audience, but were an influence on several of their grunge contemporaries, including Soundgarden, Screaming Trees, The Melvins, and Green River.

The band was formed in January 1985 by Daniel House and Jack Endino, who were subsequently joined by Ben McMillan and Matt Cameron.  In 1986, Skin Yard contributed two songs to the now-legendary Deep Six compilation. This album, in addition to featuring the first commercial recordings of The Melvins, Soundgarden, Malfunkshun and Skin Yard, was the first to showcase the early grunge sound. That same year, Skin Yard released their self-titled debut album and their first single, Bleed.

Shortly after these releases, drummer Matt Cameron left the band to join Soundgarden, after which the band went through a series of drummers. He was initially replaced by Steve Wied, followed byGreg Gilmore; however both drummers lasted only two shows. In the fall, Jason Finn joined, but left after eight months for personal reasons. Scott McCullum filled the vacancy in May 1987 and he remained for two years, during which time the band recorded and released their second album, Hallowed Ground (1988). However, McCullum left and the band took a fourteen month hiatus after a U.S. tour quoted as being “the tour from hell”.

Skin Yard returned in 1990 with their third album, Fist Sized Chunks, and their final drummer, Barrett Martin. In 1991, as grunge was breaking into the mainstream, the band released their fourth album, 1,000 Smiling Knuckles. That same year, original bassist Daniel House left the band to spend more time with his family. He was replaced by Pat Pedersen, who stayed with the band for the recording of their final album, Inside the Eye, which featured the single “Undertow”. After recording was completed, Skin Yard decided to disband, and the album was released shortly after. 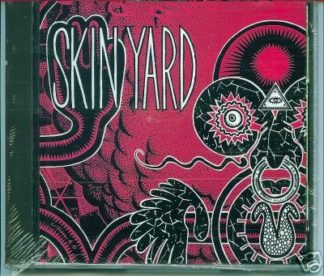