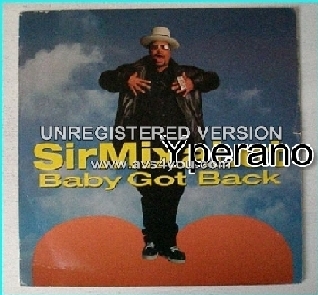 “Baby Got Back” is a 1992 Number One single by hip hop artist Sir Mix-a-Lot, from his album Mack Daddy. The song starts with a discussion between two thin, white valley girls, with one girl remarking to the other, “Oh, my God, Becky, look at her butt! It is so big. She looks like one of those rap guys’ girlfriends.” At the time of its original release, the song caused controversy with its outspoken and blatantly sexual lyrics about the female anatomy and for its explicit espousal of a standard of beauty and sexual attractiveness which had received little previous mainstream attention. The video was briefly banned by MTV. However, it has remained very popular over time.

Sir Mix-a-Lots best known song, “Baby Got Back” reached number 1 on the United States Billboard Hot 100 chart for five weeks in the summer of 1992, and won a 1993 Grammy Award for Best Rap Solo Performance, despite appearing on the 1989 single ‘Beat Boy as a ‘B’ Side. Over a decade following its release, the song continues to appear in many movies, shows, music videos, and even commercials. It was placed at number 6 on Vh1s Greatest Songs of the ’90s.
In 2008, it was ranked number 17 on VH1s 100 Greatest Songs of Hip Hop

Be the first to review “SIR MIX-A-LOT: Baby Got Back + Babys Got Back (bwb hip hop mix) 7″ Check big butt video” Cancel reply